A recreation of the sorts of gladiatorial games that would have been popular when the city was under occupation, put on by the same people who have appeared in Hollywood movies, and horrible histories.

And a very large affair it is. Putting on a gladiator fight needs priestesses, an Emperor with horse drawn chariot, slaves to clean, musicians to play, umpires to adjudicate, and gods to finish off the suffering. 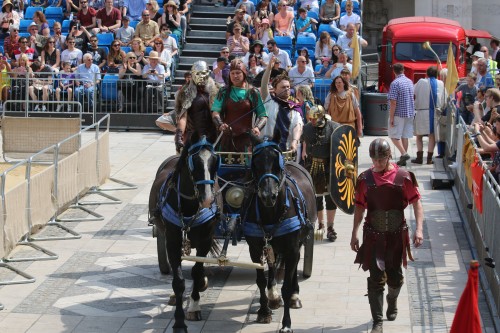 Who came out and offered the Hollywood salute of Ave, Imperator, morituri te salutant, although said in English, and unlike the Hollywood documentaries, not with an American accent.

Unlike its seeming popularity in common imaginations, in fact, its highly unlikely that gladiators routinely said “those who are about to die salute you”, in Latin or otherwise. 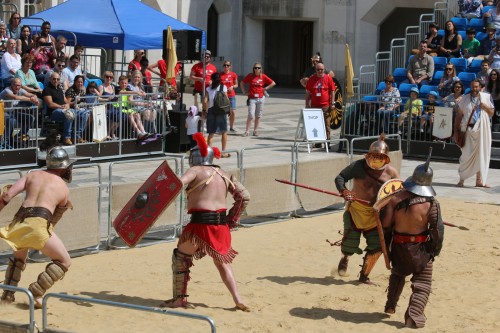 The games were a mix of fighters, with grand background stories — the roman legionaries who were caught in the wrong sort of fight, the one caught inflagrante with the Emperor’s wife, the fallen soldiers.

And a couple of female gladiators.

No condemned slaves, or Christians for burning this time. 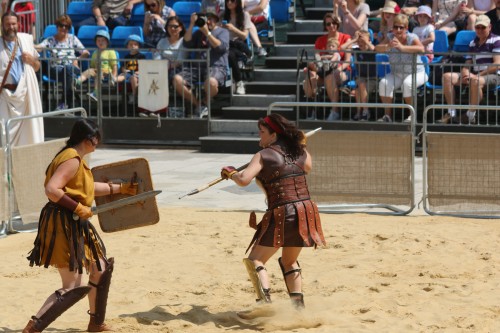 It may have been mock, but the audience was roused to foot stomping cheering of their man (or woman),and waving of hands to indicate if they wanted the defeated fighter to be executed.

I think the fighters from London won, although this London champion most certainly did not. 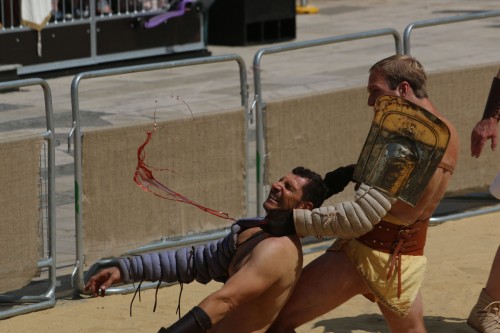 The gladiator games runs until the 16th August, including some evening performances — tickets here. Once the fights are over, you are encouraged to go down under the courtyard, where the remains of London’s actual roman amphitheater are on display.

If you look carefully, in the guildhall courtyard, you will see an oval marked out in the ground with darker stones. Those mark the size of the Roman amphitheater. The modern games fitted neatly inside that same earlier enclosure.

Some more photos from the games 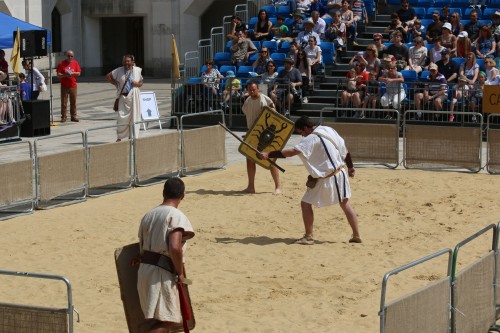 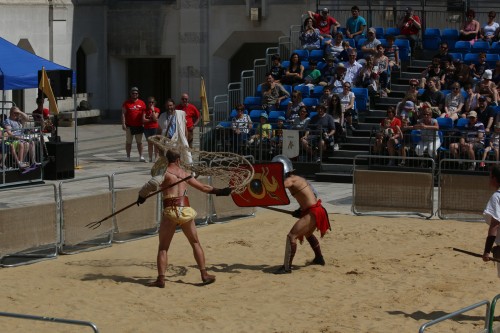 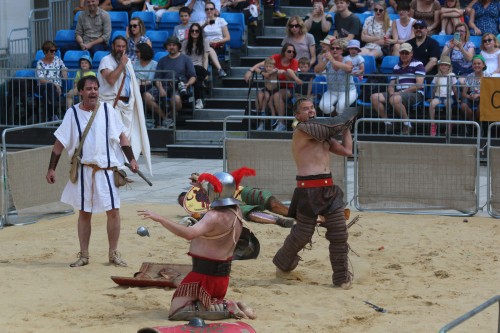 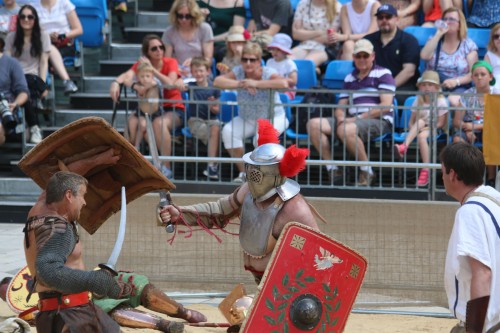 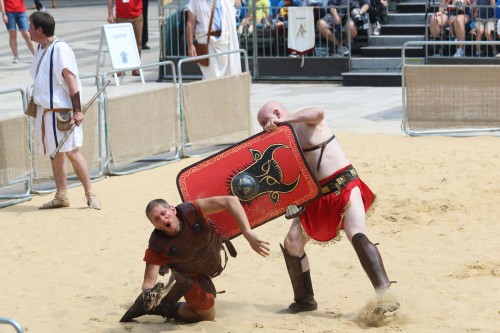 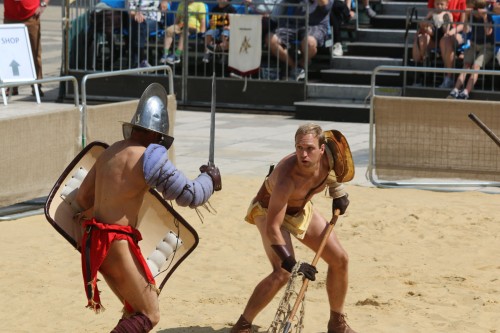 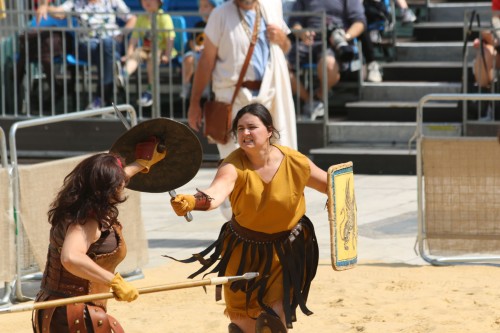 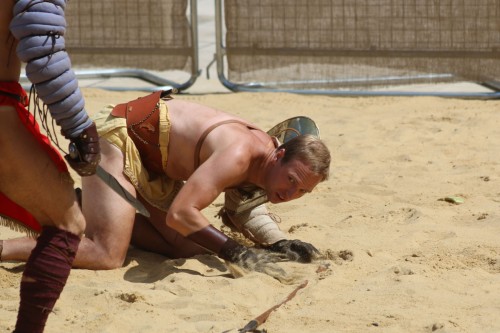 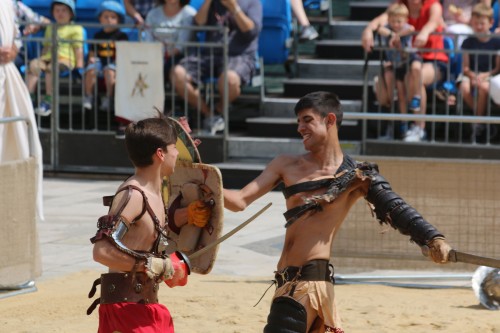