The German Olympic Committee wanted somewhere impressive and suitably German to use as a base during next years Olympics, so a test has been carried out to see if the cruise ship MS Deutschland could be moored in London Docklands.

It sometimes passes my flat on its way up to go through Tower Bridge, but can also – just about – fit into South Dock by Canary Wharf. I was pre-warned about its arrival at around midnight last night, but a long day had tired me out, and I knew their official photographer would be there to record the event, so slept through its careful squeeze through the dock gates.

Just as well though, as the midnight event took until 2:50am to complete, which would have been too much to cope with after a long day.

Did pop along at lunchtime though to take a look in its temporary mooring point, and watch all the city folk pulling out their cameraphones and scratching their heads as to what the German leviathan is doing there. 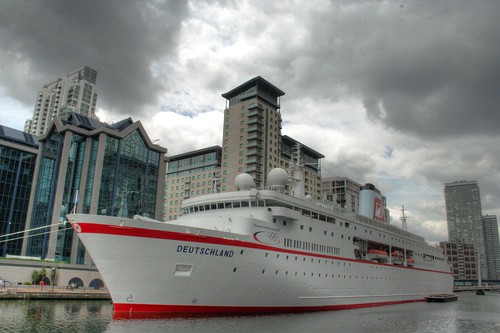 Billy Smith, British Waterways’ dockmaster & tidal locks supervisor, said: “The operation to fit a vessel of this size into West India Lock is an impressive sight to behold, as there are literally just inches to spare. Bringing MS Deutschland into the Docks is a real achievement. The manoeuvre into the confined space of the lock shows how good planning, combined with the skill of the teams involved worked to ensure the berthing operation was successful.” 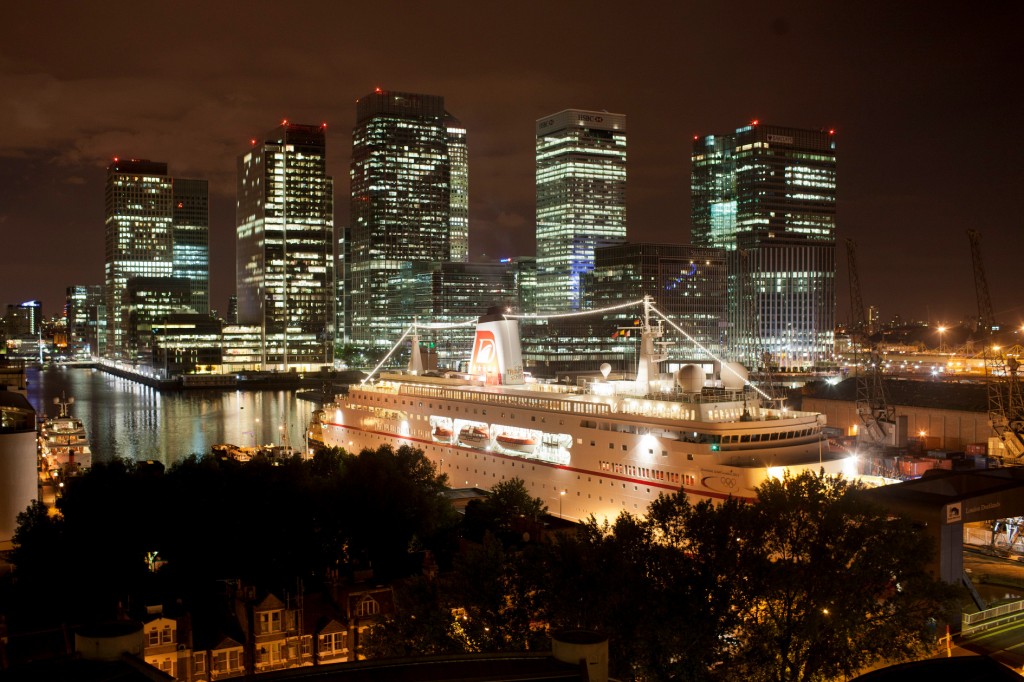 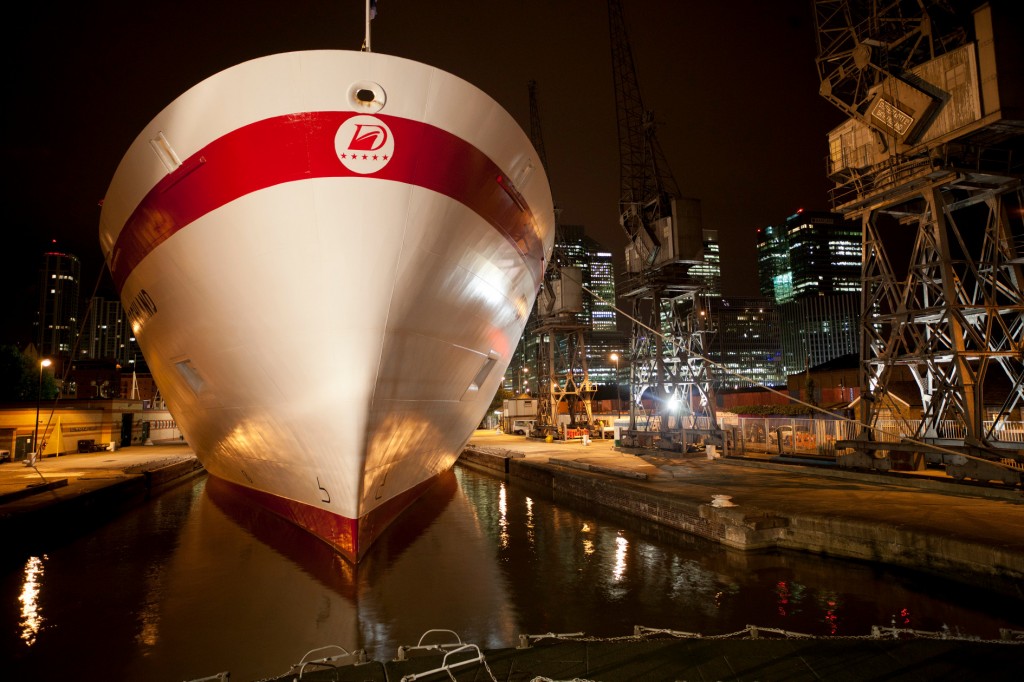 The ship is here for 36 hours – and I was advised that another largish ship is arriving in the docks at around 12:45 on Thursday, which is presumably just after the Deutschland is leaving. So that’s the date/time for your diaries if you are in the area. 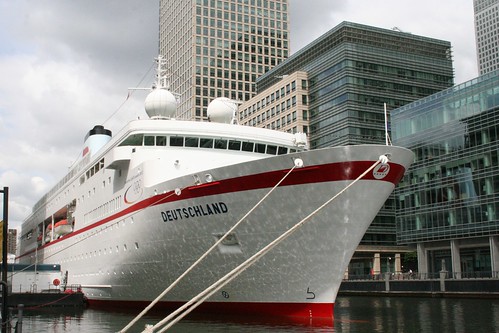 The ship will be back next July and will accommodate guests of the German Olympic Sports Confederation who has also announced that it will be using the Museum of London Docklands as ‘Deutsches Haus’ (Germany House) during the Games period.

A pity the Germans couldn’t have rented the offices above Cannon Street train station though, as that plot of land spent most of its London history as an enclave of Germany within London when it was the main trading base of the Hanseatic League in London. Would have been apt.