From Punk to Modern Day – the Zine Movement

The Barbican library has put on a display of “zines”, those self-printed pamphlet style magazines that marked a certain sub-culture which still needed to promote and communicate.

Most were self-published, laboriously typed out and with images often cut and pasted in to the master copy before being printed, or even just photocopied for
limited distribution.

A sometimes nominal cover price and a style which was to define the zine lead to often surprisingly high-profile names appearing interviews and articles. 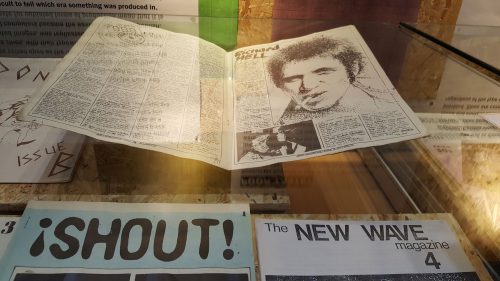 What the exhibition does is show of a number of family safe zines, which are probably more notable today for the very specific artistic style they all managed to adopt. Despite their individuality, a zine is also instantly recognisable.

Even when the mechanical press was supplanted by the computer, to be a zine required loyalty to the aesthetic, even if an old typewriter was no longer in use. Such is how individualist causes often end up blending into a uniform style, to the degree that to be a zine but look professional is to lose the zine seal of approval.

Be a zine, but not too glossy with it is the mantra. 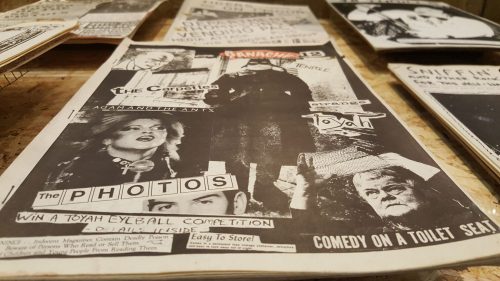 In fact, one zine claimed — I suspect dubiously — to have a broken N on their keyboard so typed out each issue, then hand wrote all the missing Ns back in again by hand.

More a declaration of stylistic independence and reminiscent of how today we buy mass produced goods, so hanker for hand-made. Here, the typewriter was evidently seen as too mass market, so manually adding in letters added a sense of the authentic to the publication. 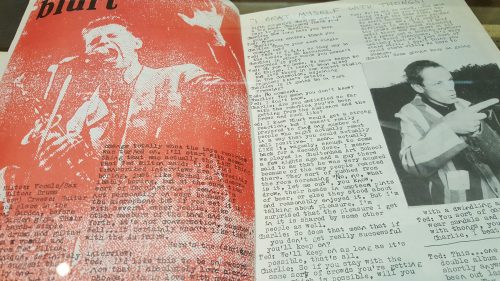 The zine movement, sprung up in the 1970s, but can reasonably be traced back to the self-printed pamphlets during the fag end of the Stewart monarchy, when the likes of Henry Care risked his life to print seditious texts and distribute them around London.

Today, the risk is a lawsuit for copyright infringement. 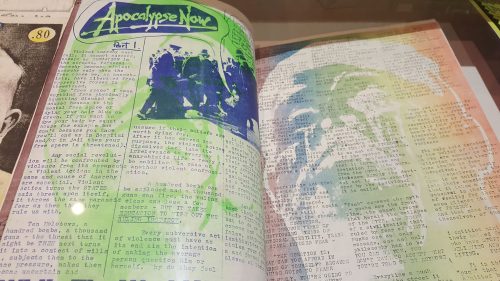 Of course, the self-publishing engine has moved on, to the internet, with the blogs and ever ease of putting thought to keyboards, even if the thoughts so published are less thoughtful than before simply by merit of being faster and cheaper to disperse. Innit.

Today though the internet, and publishing in general faces a torrent of regulation breathing down its neck — mostly overseas where over zealous telecoms regulators routinely block annoying websites, or journalists, and bloggers are murdered for expressing opinions uncomfortable to the establishment. 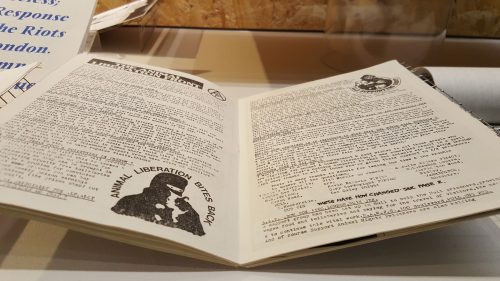 No less than John Milton argued that as humans are inherently flawed, then humans are unworthy of being censors. Unfettered freedom of speech was essential to ensure that subversive points of view are heard.

The zine, from early political leaflets through to underground artistic
culture and back again more recently to more political yearnings has needed that freedom to say the unsayable.

The display of zines is on at the Barbican Library until the end of this month. Open daily. Entry is free. 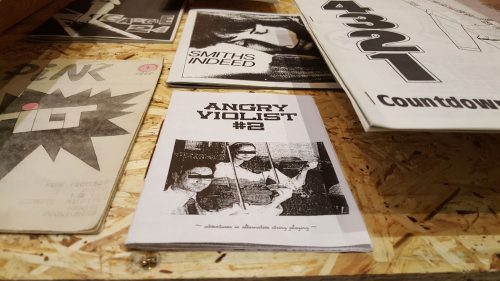