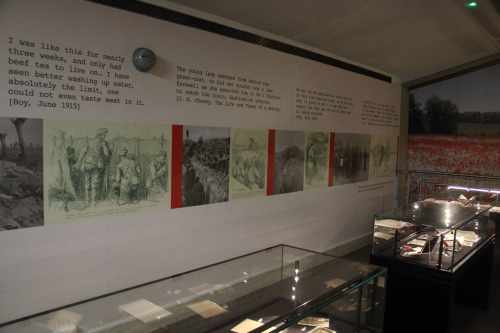 Rather than the official accounts of the war, these letters tell the more human side of the war, the difficulties that affected how people coped with the deprivations of wartime life. How they coped and the humour that it is so often inherent in their struggles.

Notable is a huge archive of letters from “boy” to his mother, although its estimated that just a quarter were successfully delivered home.

‘Boy’ joined the Royal Navy in 1912 and died in 1917 while serving on a submarine in the Baltic, based in Russia. His story is told through his surviving letters home, enhanced by photographs, and offers a rare insight into the life of a naval rating harassing German shipping lines.

I was like this for nearly three weeks, and only had beef tea to live on… I have seen better washing up water, absolutely the limit, one could not even taste meat in it.

Sadly he died while serving in Russia, officially of consumption, although there are suspicions that he might have been an early English victim of the deadly flu that was to sweep Europe following the war — and killed more young people than the war managed to take.

Yet the flu is nearly forgotten, unlike the memories of those who died fulfilling political aims of conquest and territory. 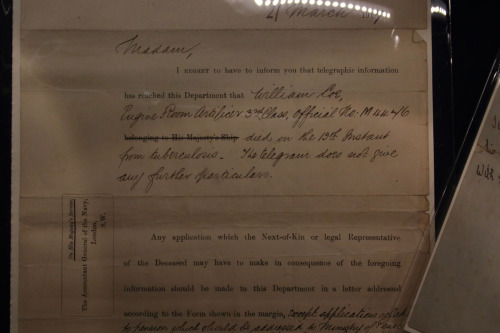 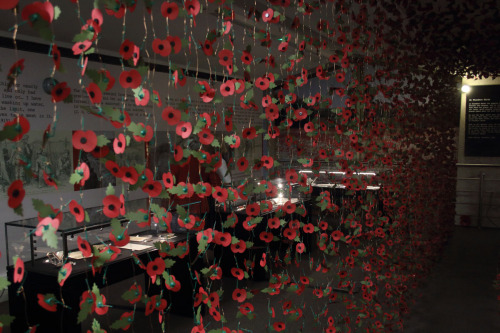