Not that far from where I used to live a few years ago in New Cross, is one of those rather small municipal gardens that pop up from time to time in scraps of land often left over from former industrial works or derelict grand houses that had fallen on hard times.

Folkestone Gardens is itself the former land belonging to homes, but less stately and more tenement – which were largely flattened by a German V2 missile on the 7th March 1945, with the loss of 53 lives.

In fact it was the second worst loss of life in the area during WW2 – which slightly makes the garden a sort of war memorial. The area is bordered to one side by the railway, and to the other by Trundleys Road. A road to the south, and to the north was the Surrey Canal – now sadly filed in and turned into a high-speed route for motorists. 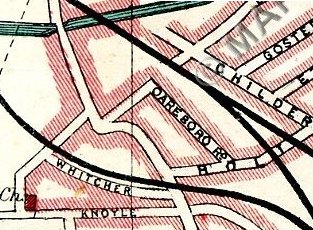 On the night of the attack, two blocks of flats were destroyed as were 5 houses. Ten shops and houses in Trundleys Road had severe damage. 8 railway arches used as spinning mills slight damage. Most of the flats belonged to the Southern Railway and most if not all of the casualties were railway employees or their families.

There was also a road running behind the houses, Oareboro Road – and when the area was later re landscaped into a park, that road vanished beneath the rubble of the former houses.

This map extract from 1908 shows Oareboro Road running between Trundleys Road to the West and the Railway. Modern map here.

Like many parts of London, the area was left empty after the war for several decades, although local children used to play in the bomb site and they held a huge bonfire on the site of the V2 impact each 5th November.

Anyway, later the land was later turned into a small park and nature reserve. Unlike many small parks though, this one has some decent sized “hills” that still give you quite a good view of the area from the top.

I wonder if they are made from the rubble left over from the destruction of the houses? 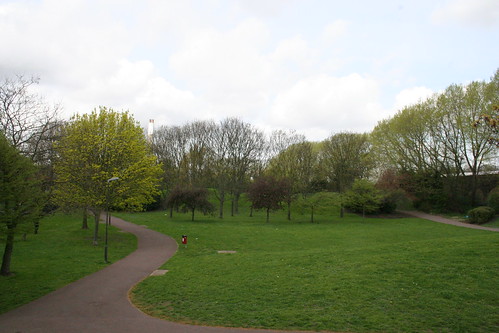 The most important feature of the park is its large pond, which was restored by the Council in 1994, after a serious leak led to the pond drying out.

The park is surprisingly quiet for although it is bounded by railways and roads, the conventional background roar of road traffic is not that noticeable, so the main disturbance is from trains interrupting the bird song, and they pass by quite quickly. 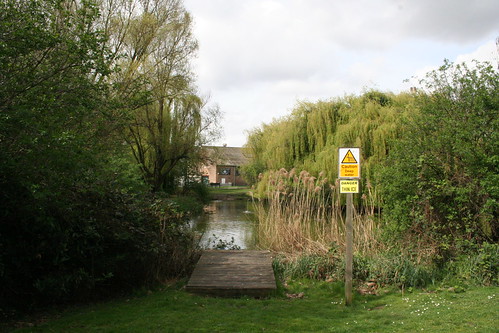 I am slightly annoyed with myself that I didn’t make more use of the park when I lived nearby – especially feeding the ducks. 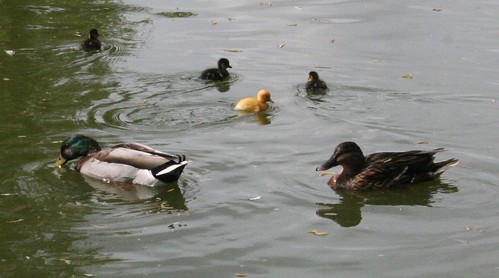