It’s a foggy Halloween morning, so where better than to spend it wandering around a graveyard? 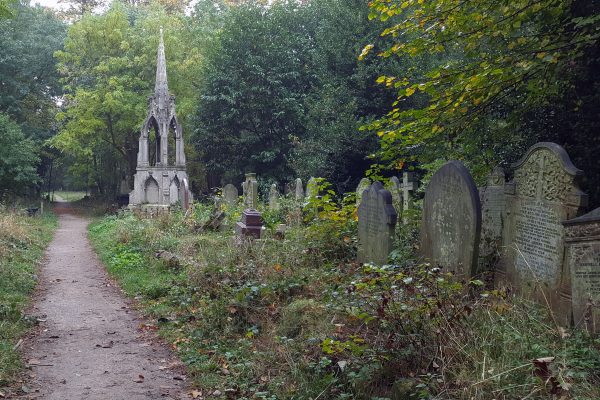 Tower Hamlets cemetery closed to new burials exactly 50 years ago, and is now more a delightfully overgrown nature reserve slowly crawling over the resting places of the dead. 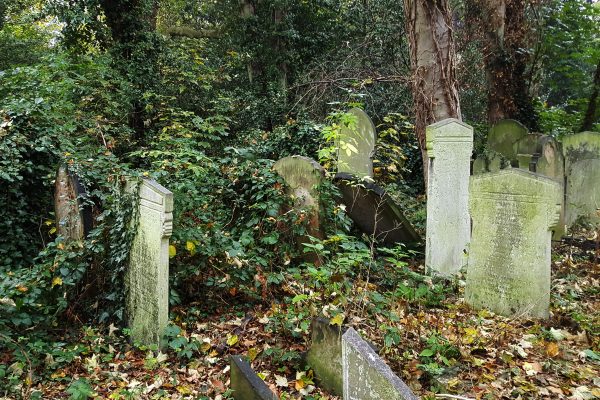 It’s one of the so-called Magnificent Seven of Victorian cemeteries built to deal with the ban on burials within the City itself, but thanks to its poorer surroundings, was never really able to live up to the architectural heights achieved by the other six.

As such it lacks many of the huge memorials erected by the rich, and indeed around 80% of the burials are “public”, in that they are semi-mass graves for those who couldn’t afford a private burial site.

People are grave sharing in death as they house shared in life.

The more noticeable graves thus often have notes on the stones that they are private tombs, to remind the living of the wealth of this dead family. 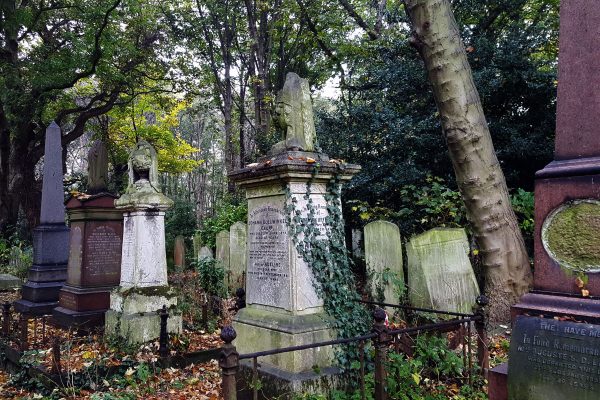 Although burials ceased in 1966, it wasn’t until 2000 that it was declared to be a nature reserve, and the wildlife allowed to start reclaiming the land.

Plants now riot over the stones as tree roots slowly churn the ground into waves of soil that cause the gravestones into drunken mates holding each other up in the morning mists. 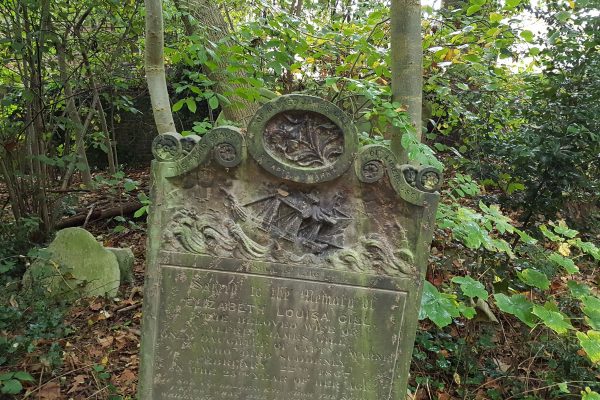 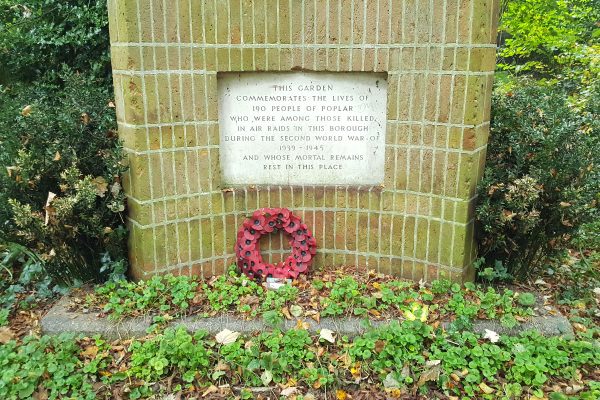 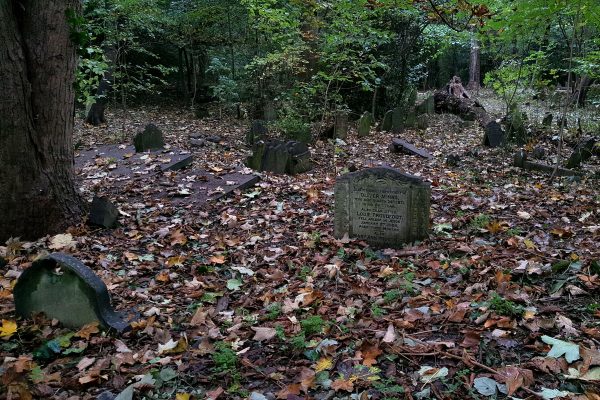 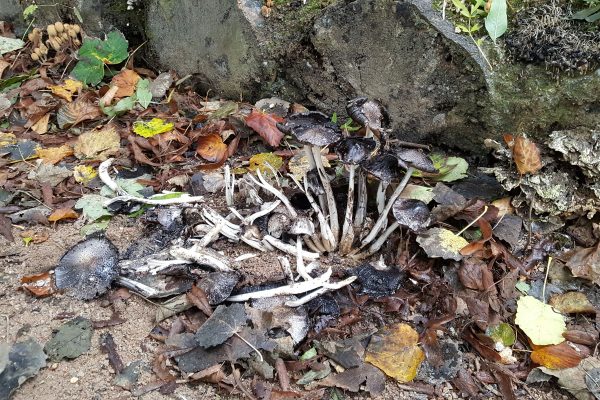 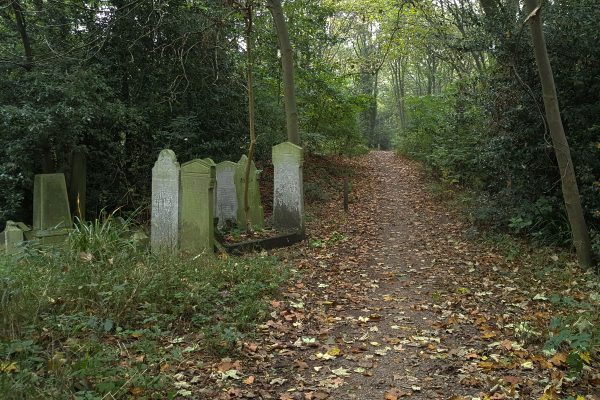 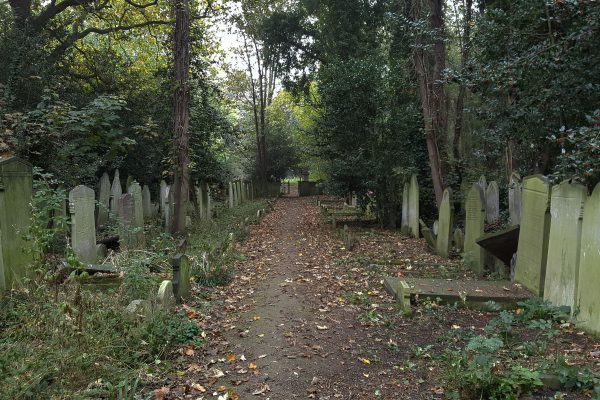 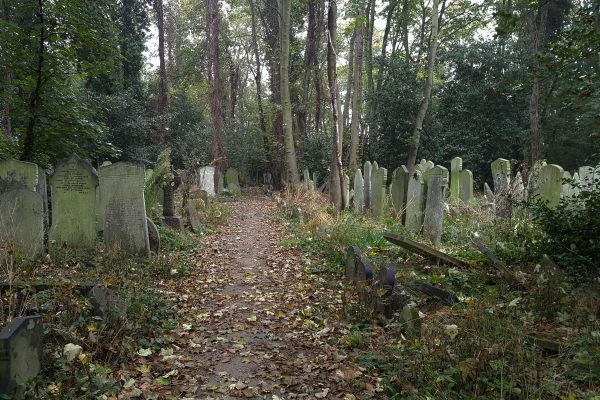 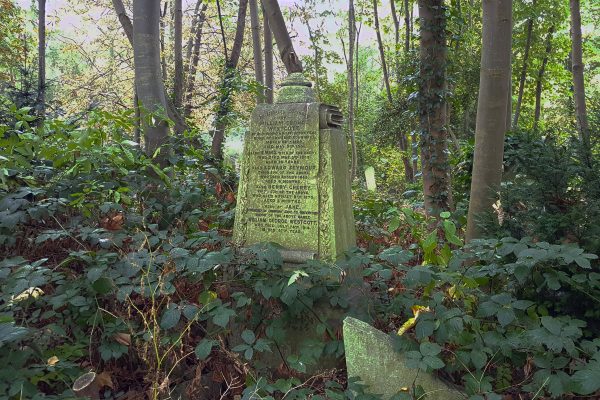 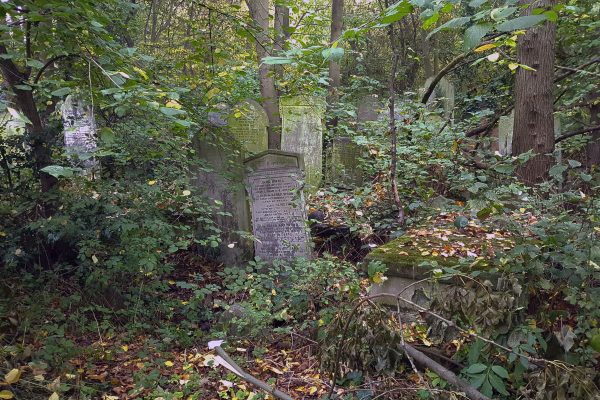 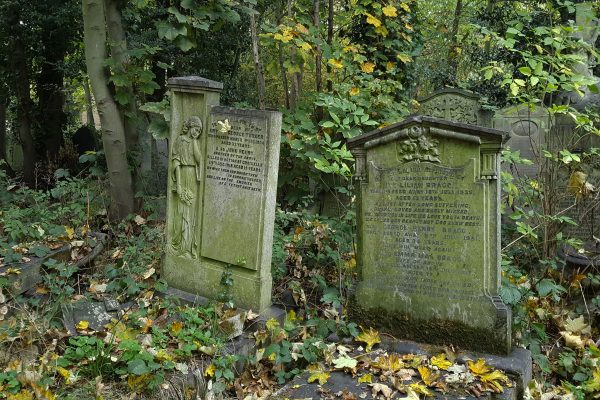 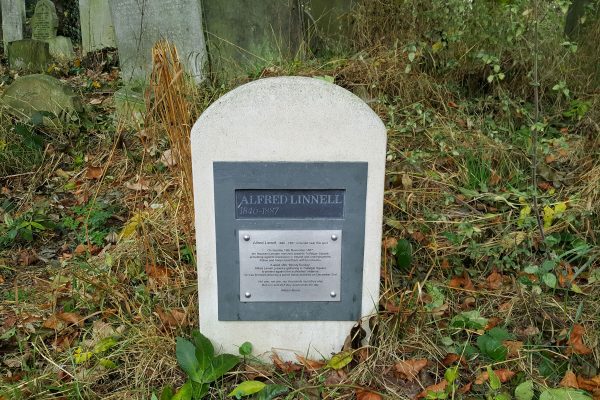 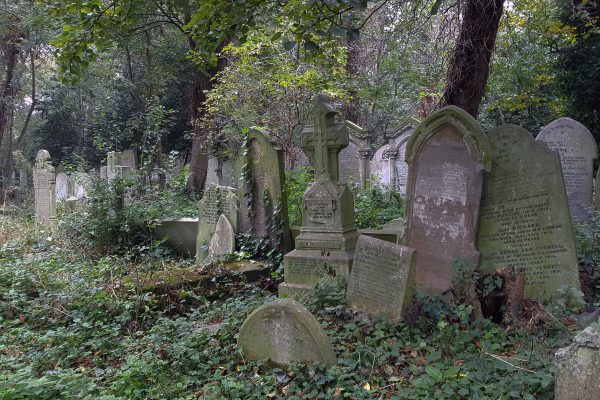 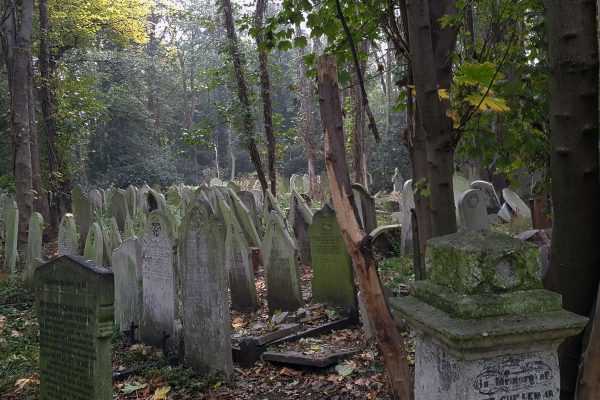 The cemetery is open daily, and the nearest tube station is Mile End.