Although work on the two ground-based stations has been underway for a few months, yesterday the very first component of the pylons was lowered into place over previously prepared foundations. 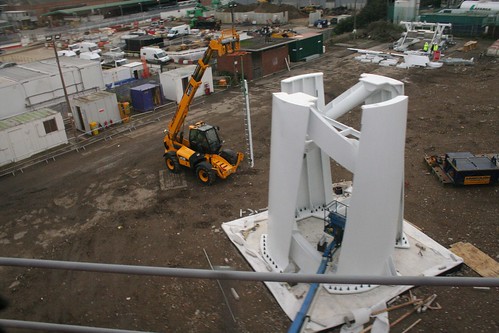 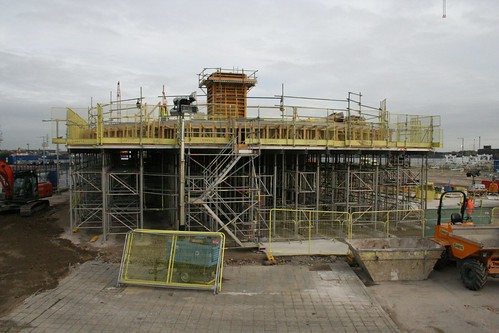 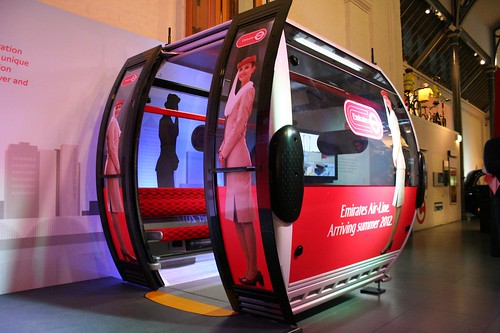 Also worth noting that the computer-generated images all show a white box with a smaller sponsor sign than on this mock-up. I wonder which will prevail. I certainly hope the sign on the window is removed – as that will be most irksome as it blocks the view. 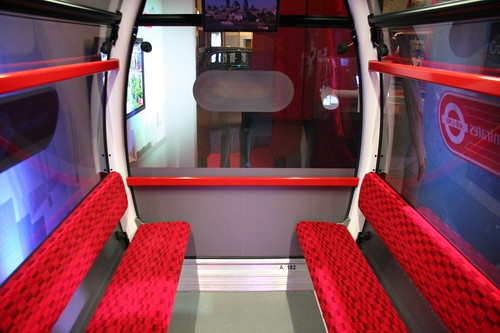 As mentioned above though, the first of the three pylons has now started its upward ascent, and I would presume that the next piece(s) will go up this weekend when the DLR that is right next to the pylon is closed for engineering works of their own. 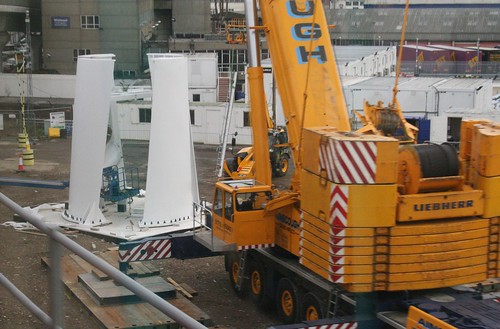 For scale perspective – the small blue crane arm inside the pylon holds 2 people.