Find the Museum at Pooh Corner

A corner of central London is now a 100 acre wood and children’s fantasy, overflowing with honey and a small bridge over a stream filling with small twigs. 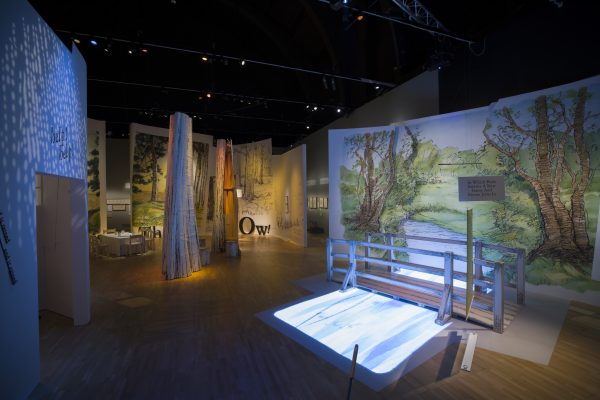 This is the largest exhibition devoted to a small bear in London in over 40 years and the V&A has gone to town in recreating a children’s playground for adults to look at art.

Lots of small spaces to play in, small bear sized doors for small humans, bridge, and lots of low-eye level amusements. For the adults, the art is at adult eye level — lots of drawings and letters, and explanation cards.

It’s an exhibition of art, set inside a children’s crèche. 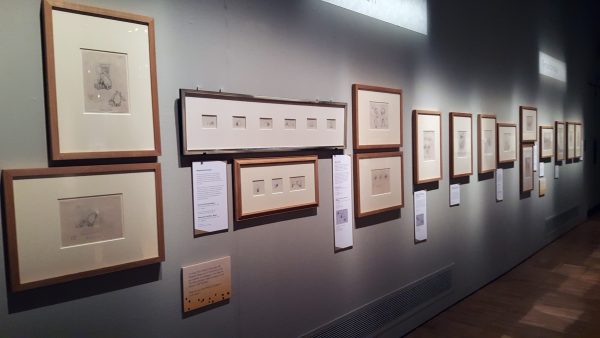 And this exhibition, inspired by the writings of AA Milne is mainly of the drawings by EH Shephard, for as much as the words delighted, it is often the images that we remember.

We probably read the books, but might struggle to remember much about them, but the small ink drawings persist, an indelible stain on our collective consciousness. 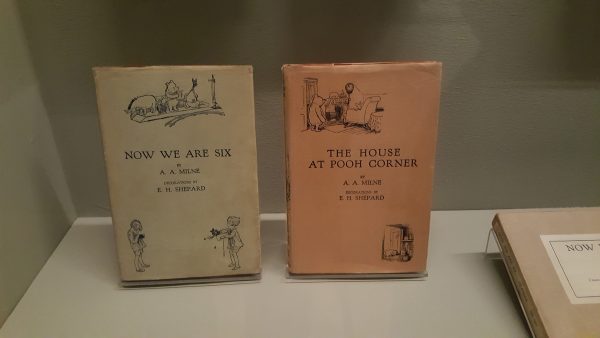 Just two official Pooh books were written (plus some short tales), yet there seems far more to Pooh than that. Somehow Pooh seems to be everywhere, commercial exploitation keeping the image of a small bear just round the corner of our lives. 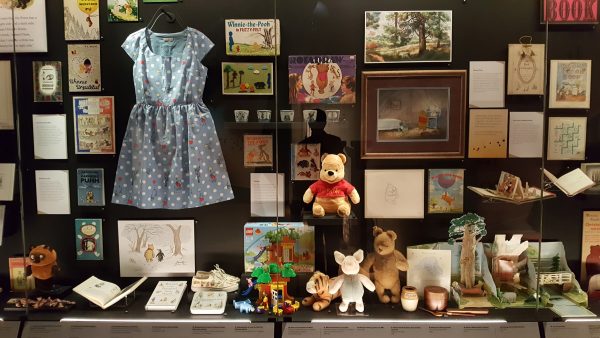 These simple stories come from a place of playful imagination but still rooted in the everyday. Who hasn’t met the officious Owl, the dour Eeyore, the sprightly Rabbit, the nice but dim Pooh, and cheerful Christopher in their everyday lives?

The first book to introduce Pooh bear was a book of poetry, When We Were Very Young, and it sold out immediately, to the considerable surprise of the publisher who had to urgently order a reprint.

The second book was launched with an initial print run of 35,000 copies, and the fourth with 75,000 copies. First edition book hunters take note which is the rarer copy.

Such was the collaborative bond between writer and drawer, that when Shepard misunderstood a scene and drew a much larger image than needed, Milne rewrote the story to match. A story about Eeyore’s tale getting cold was not in the original draft written by Milne.

Eventually though, a different artist got involved, and the most famous image of Pooh arrived in 1966… and is ignored by this exhibition. This is a show for the British Pooh, not the American Pooh. It’s an exhibition of pencil and ink, of letter and books, of page turning memories. 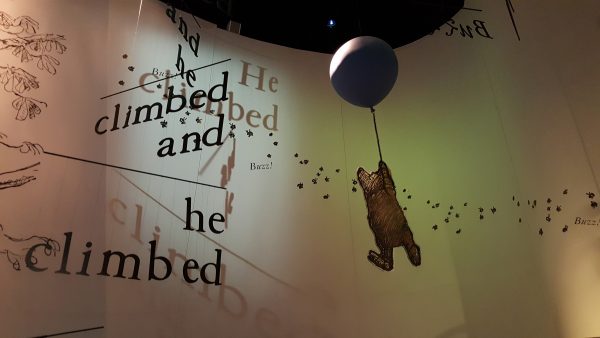 A small final delight is outside, in the inevitable gift shop, where one small section has been decorated with a special print wall paper, from Jane Churchill’s nursery tales collection.

The exhibition is at the V&A Museum until 8th April, and entry is £8 – advance booking is recommended.