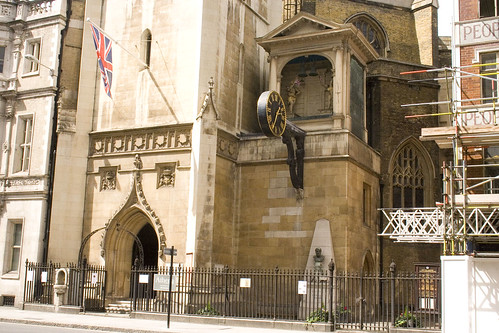 So it was quite a surprise to see them open on a Saturday afternoon, and after checking with the priest in attendance, was able to take some photos of this quite remarkable building.

There has been a church on this site since at least 1070, and it was one of the few to survive the Great Fire of London. However, the church was torn down in 1830 due to a need to widen Fleet Street. Although many of the memorials were saved and reinstalled, the core of the building was totally rebuilt.

The old church also had a very famous clock — said to be the first public clock in London to come with a minute hand — and had two automaton giants striking bells. The clock and its “giants” were removed during the rebuilding work and sold, but later brought back and reinstalled in 1935. 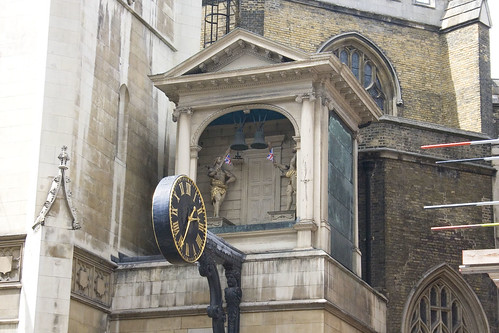 It is however the rebuilt interior that is notably unusual for an Anglican church, as it is Octagonal rather than the usual cross shaped. 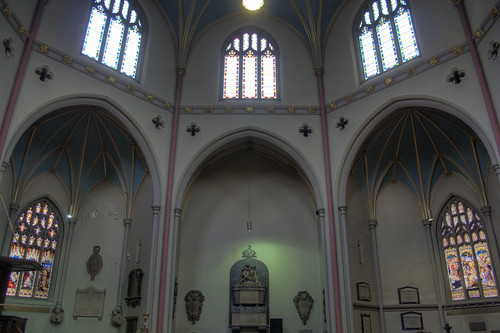 It also contains a dramatic altar for the use of the Romanian Orthodox community who share the building. The Orthodox altar was installed next to the Anglican one in 1966 after being removed from a church in Bucharest. 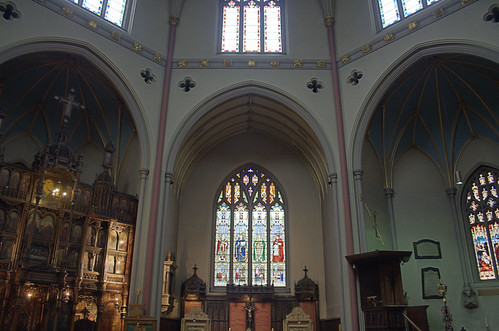 An organ sits above the door frame, which seems to be a popular location to put these massive instruments in a lot of churches. The organ itself dates back to 1675, but has been rebuilt several times, and now looks very different to the original, even though it contains original pipes. 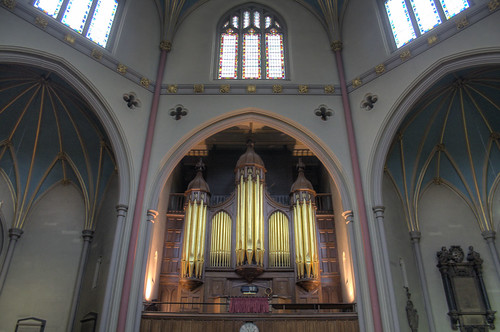 Standing in a niche outside is also a worn statue of Queen Elizabeth I, and is thought to be the only statue in London with its own income. Dame Fawcet left £700 for its upkeep in her will of 1928. However, the income is not sufficient to pay for restoration. Not yet anyway.

According to a leaflet of the church’s history I bought, the church is open to visitors on Tuesdays between 11am to 3pm. This is probably why I have never found the doors open before as I never go down Fleet Street on Tuesday lunchtimes. Quite pleased therefore to find it so unexpectedly open on a Saturday.