Film Shots of Derelict Docklands in the 1980s

In the mid 1980s, a film director decided to make an East-End gangster movie, and set it in the then developing docklands area.

It’s also dire — and yet, worth watching as it has finally been released on DVD more than 20 years after its fairly badly received début on Channel 4. 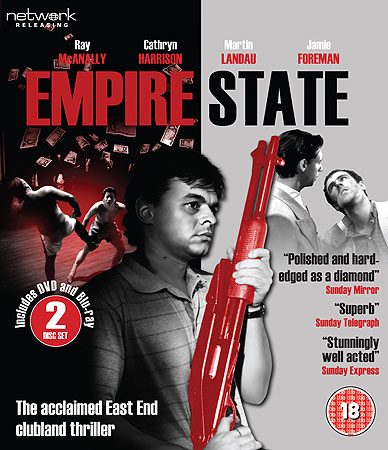 I first saw it probably on its début screening at a time when Ch4 and BBC2 were throwing a fairly decent amount of money and time at the British film industry, with frankly fairly mixed results.

For some reason, this film stuck with me. A few years later I couldn’t recall the name of it, but knew it stared Martin Landau as a bi-sexual businessman with a kink for being beaten up. So I picked up the IMDB of its time, Halliwell’s Film Guide, and basically started at page 1, and worked my way through each listing looking for the film.

Fortunately, with the name Empire State, it didn’t take too many evenings to locate it. But the film was not available on VHS. Ever so often I have remembered the film, and checked if it had ever been released — and a recent check showed that indeed it has finally been put out on DVD. With extras.

Ever have one of those memorable films seen or books read as a kid that made a big impression on you at the time and as an adult you naively think to read/watch it again? Then realise that actually, it was bloody awful?

Empire State is that revelation.

But, stick with me, there is something good about it — and that is the scenery. This was filmed, largely indoors, but had a few big set piece outdoor scenes, including a stunning helicopter flight over London’s docklands as it was in probably 1986. 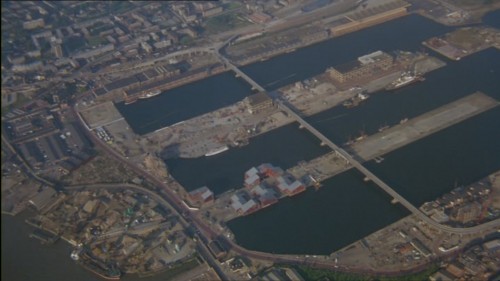 When released, the film was criticized for the high levels of violence in it, even though really there are only two modestly violent scenes, by our standards.

Anyway, this is a film with probably one or two too many subplots that left me at the end struggling to remember the names of the various characters as there are just too many key people in the film.

The cocky rent-boy with dreams of escaping to the USA; the American who is described as a billionaire; a young businessman seeking to make his fortune; a gold digging lady; the east-end gangster fixing boxing batches; the boxer and his brother; the journalist; the mysterious Micky who’s name seems to scare everyone; the sullen Northern lad.

But oh dear gods, the acting. This is a film with a lot of actors in it, but not a lot of acting. In fact it is downright bloody awful. Maybe four characters are any good, and this is partially explained in the DVD extras — where it is revealed that the film is made up of a mix of actors and amateurs, and some of them play leading roles.

It shows. Unfortunately, it’s local village hall Amateur Dramatics acting rather than Bad Film acting, where the acting is watchable for being over the top. This is just really bad and almost painful to watch in places.

Ray McAnally is probably the only refreshing part in the whole film.

But having said all that, if you can piece all the sub-plots together, and suspend your disbelief at the acting for a while, there is underneath it not a bad idea for a film. The thumping 1980s clubland music, the nostalgia for the clothes, and somewhat upbeat tempo in places can make the film amusingly enjoyable in places — especially if you are not entirely sober by the time you watch it.

Considering its reputation for violent scenes, maybe it was shown late at night, when I would have probably been deep under the influence of Bacchus, and that’s why I thought it was a great film.

However, it’s the location shots that should make this a film that everyone should watch at least once. Only a few minutes worth, but oh, that car ride along the derelict docks and the helicopter ride over London is worth all the pain of watching the rest.

In fact, had they put all the unused helicopter footage and the car drives around docklands on the DVD, I’d be screaming to go out and buy it for that alone. Sadly they put a load of other fluff on there instead. Argh!

Empire State is available as a DVD/BlueRay combo. 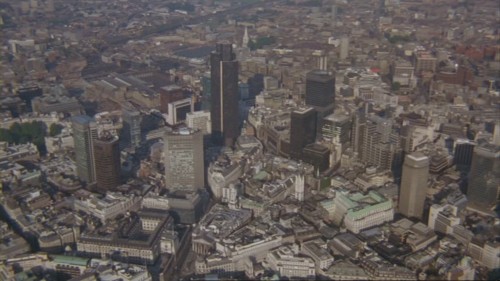 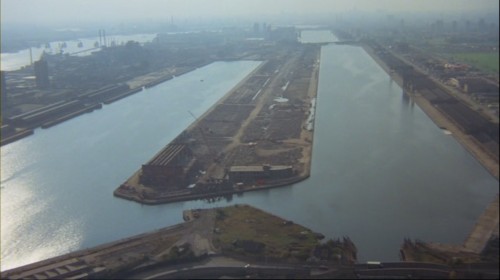 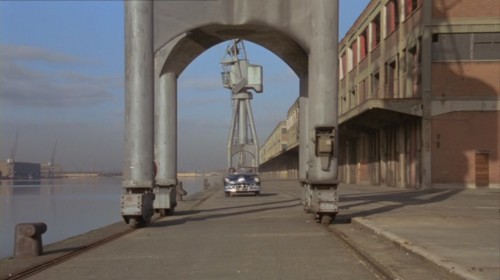 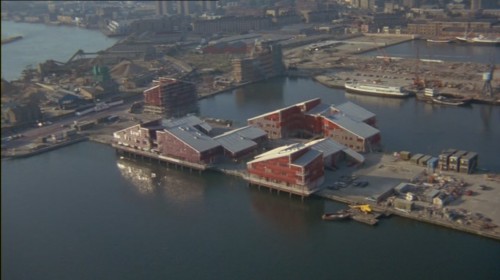 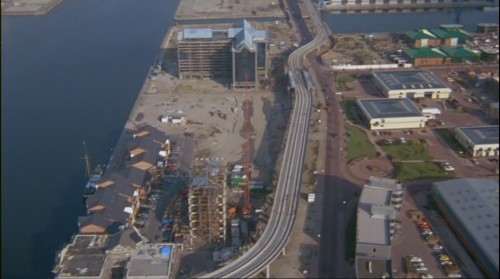 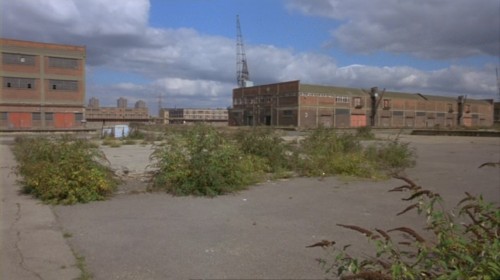 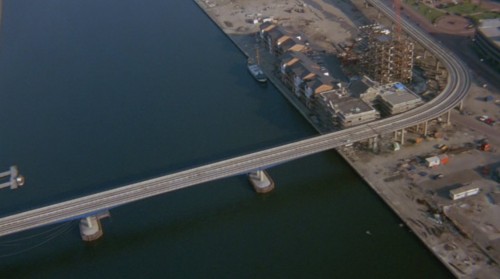 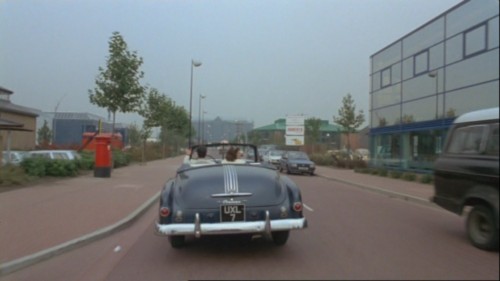 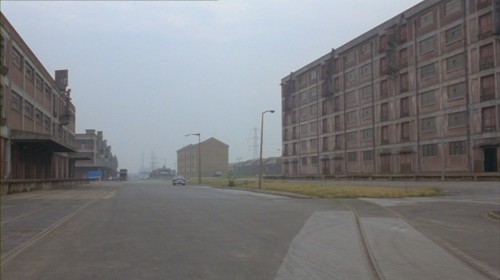 And here is the film’s vision of what Canary Wharf would look like with “The American’s” investment. 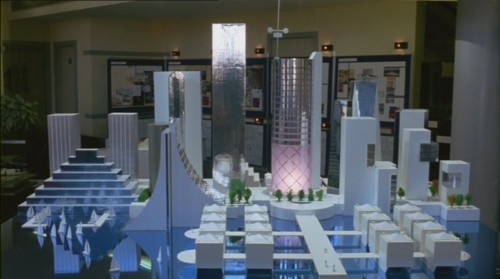