An exhibition at the Guildhall Library is currently highlighting a moderately short-lived period of London’s history, the history of commercial market gardening. 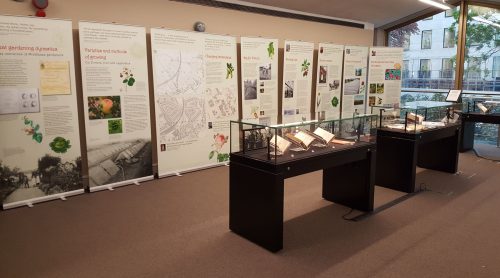 The City of London has long been fed by imports from the surrounding countryside, but the expansion of the urban area just before the arrival of the railways allowed a short-lived period of commercial “market gardens” to spring up around the South-West of London.

As cargos were shipped into London, the otherwise empty wagons would cart way the waste of the city, and organic waste was taken to the farms.

The late 18th and 19th centuries saw the emergence of intensive cultivation, and the use of enormous amounts of manure from the motor car of their time, the asses and horses and “night soil” — basically human waste — to fertilize the farms.

London was literally fed on the fruits of its own shit.

The areas of Twickenham, Hampton and Hounslow were a particular hot-bed of these market gardens — called gardens not due to their size, but because that was the traditional name for a vegetable plot.

These gardens fed the city, but also created temporary work for city workers during harvest times, money and sunshine for people often denied both. Despite working days that could start at 3am and finish at 9pm, so high was the demand for harvest labour that each summer, the so-called “Welsh Women” would walk the 200 miles to come to London to work in the fields.

In the early 18th century, deliveries were often by foot, to avoid road tolls, and a farm-hand could walk the 10-miles from farm to Covent Garden 3 times a day.

It was the arrival of the railways in 1848 that made it possible to deliver food cheaply to the city before it wasted, but it was the arrival of refrigeration that enabled longer journeys and the expansion of human population expanded urban landscapes to push farms ever further away from their consumers.

Now, food comes from everywhere and all year round. The market gardens that for while supplied the plates of London are all but lost, save echoes in the names of streets and housing plots. 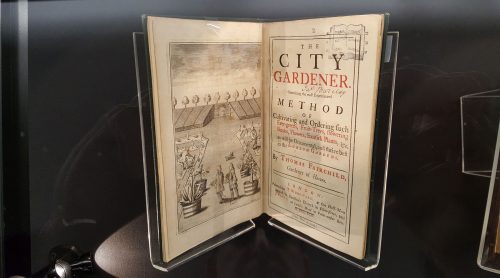 The exhibition is a mix of display boards, some objects and also a collection of old books aimed at the emerging commercial food grower.

It’s at the Guildhall Library and is open until 24th June. Entry is free. 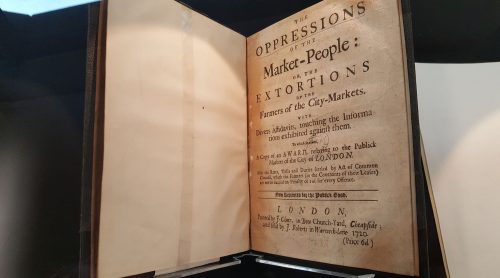 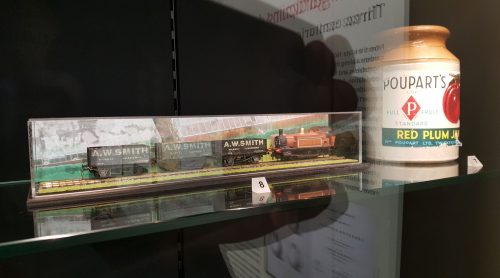