Expect gunfire and explosions near Old Street on Tuesday

The weather forecast is good, so what could be a better way to spend a Tuesday evening than sipping a cup of Pimms while watching a military battle that destroys a cricket ground?

Just down the road from Old Street tube station lies the main parade ground of the Honourable Artillery Company – and Tuesday 15th May will be their annual military display. 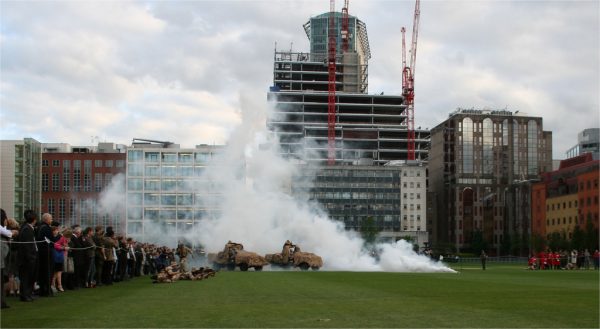 The loud explosions, gunfire, and men dropping out of helicopters also has an amusing tendency to scare the heck out of local residents who don’t know about these things. It is an annual event, but I presume housing turnover in the Hoxton and Shoreditch media land is fairly rapid as people always seem surprised by it each year.

The event is free, and open to the public, and one of my personal highlights of the year.

A series of historic enactments are typically followed by some rather more aggressive displays of modern military firepower that delight children and adults alike. 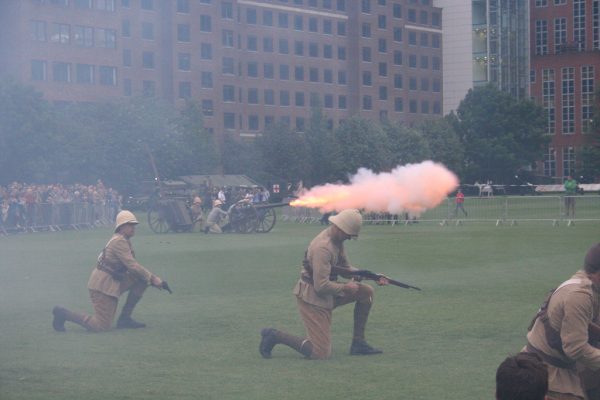 Set piece displays this year will include:

There will also be a Red Devils parachute drop into the main grounds – winds permitting. This was the event that went slightly wrong a couple of years ago as it was too windy, and the test parachutist landed on the main road outside, dropping down in front of a double-decker bus.

A parachute drop also means a huge Chinook helicopter will be in the grounds, and usually that you can have a look inside. There will also a selection of other weapons, and some tanks/armoured vehicles to have a look at, and if you (or your excitable children) ask nicely, climb inside.

The grounds open at 5pm with the main events starting from 6:30pm.

There is a pay bar (for the Pimms and beers) and free army BBQ in the grounds, and the club bar is usually open inside Armoury House. 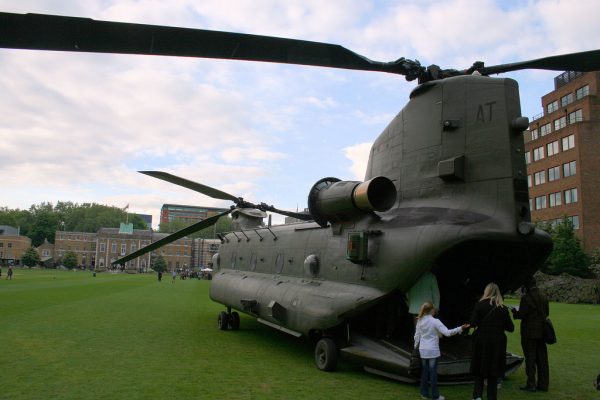 Officially, this is an event to show off the Territorial Army, but the sales pitch is quite relaxed and it is a very good evening out.