From formerly secret nuclear bunkers, to swimming pools, transport and storage, subterranean spaces, for all the difficulties of carving them out in the first place offer enough benefits to justify the costs. 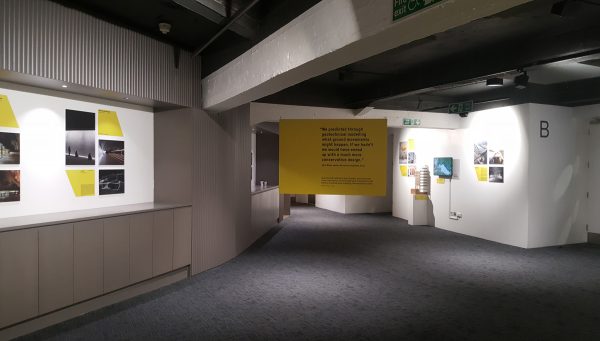 Where people are lucky to live near stone, they’ve long used it to carve out homes, not just for shelter, but because stone is a remarkably good insulator — cool in summer and warm in winter.

The bedrock under some towns has been used over the centuries for mining for stone, then for storage. One innovative use was in Helsinki where a space has been turned into an underground public swimming pool, that happens to also act as a shelter for 3,800 people should such a need arise. 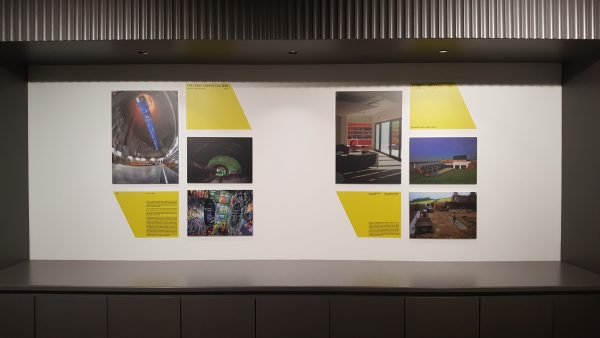 If such a need did arise, then a more conventional looking underground bunker is being turned into a giant storage facility for plant seeds, to protect them for the future. Wales turned a cave into an adventure park. 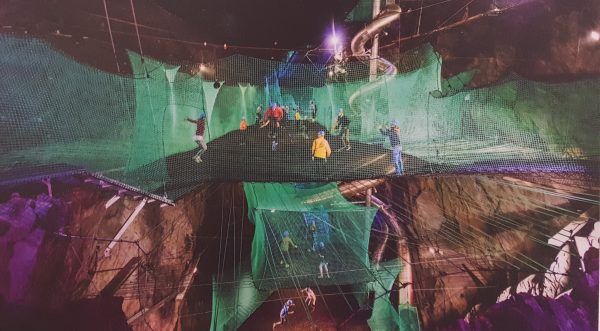 Hong Kong, having basically long run out of space, is going down instead of constantly building up. A Cavern Master Plan is seeing lots of municipal spaces, such as sewage works and water reservoirs moved underground to release the land above for housing. Hugely expensive to build, they are a plan with a very long term return, but one that is increasingly essential in crowded cities.

Transport is, these days at least, an obvious candidate for going under the ground, and Crossrail gets an honourable mention here, even if a pedant with anger issues, has defaced the sign. 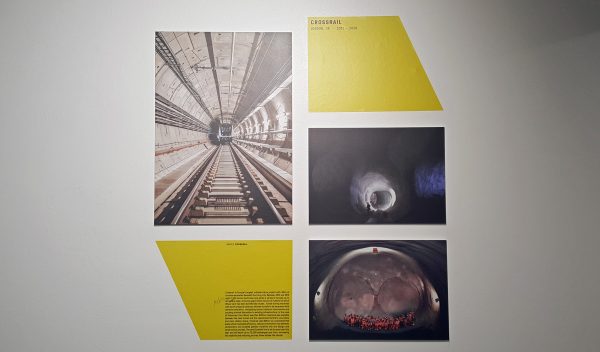 The exhibition space is mostly signs. Just three small models are here, and it’s a display that could have done with some more, or some tunnelling equipment to show off the engineering side of the works.

As it is, it’s an interesting display and some of the information boards do go into details about the problems of digging deep, especially in areas with a high water table, such as London.

Worth visiting for the photos.

The exhibition is open at The Building Centre until 28th April and is free to visit. You might want to hold off until the 23rd March though, as the huge model of London on the ground floor is on tour, and won’t be back until then. A pity to miss that if visiting.

NEWSLETTER
Tagged with: The Building Centre