Exhibition shows off the unbuilt plans for the V&A Museum

That cathedral to art and design is itself a product of the same, and has put on an exhibition about how it came to be what it is.

The display is a series of drawings and watercolours showing the evolution of the V&A museum, and a number of the designs that were never carried out — some fortunately, one or two, tragically never built.

Founded in 1852 using the profits from the Great Exhibition and housed in temporary locations, the opening of the current building took place 160 years ago, in June 1857.

You may also think that museums opening late at night for adults to visit after hours is a new idea, but it was the V&A that pioneered them just a year after it opened, thanks to the development of gas lighting.

The site of the museum was originally occupied by Brompton Park House, and the first museum was a series of iron galleries which were nicknamed the Brompton Boilets, and soon removed to Bethnal Green where they remain today as the V&A’s Museum of Childhood. 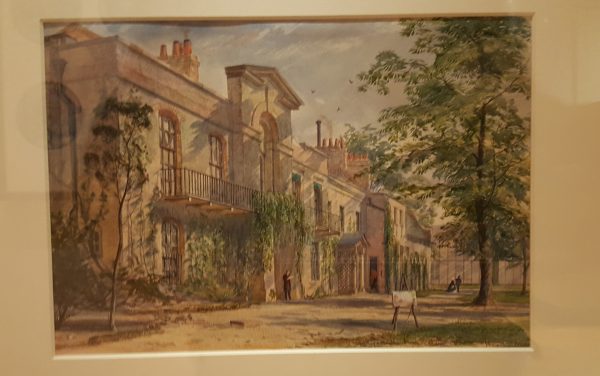 That removal gave the designers the chance to build a monumental museum, and out came the ink and pencils to design such a building. 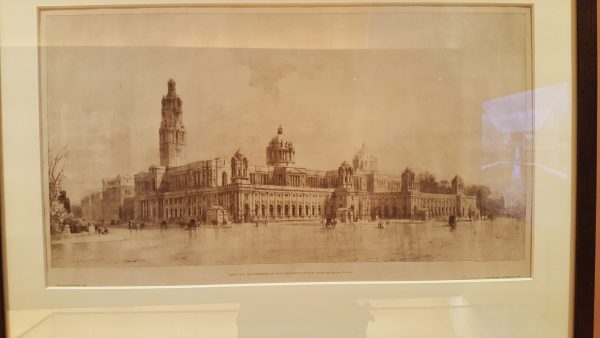 The display shows off a number of the failed commissions, including sadly this never built tower, which would have sat in the space only recently opened to the public as a new entrance. 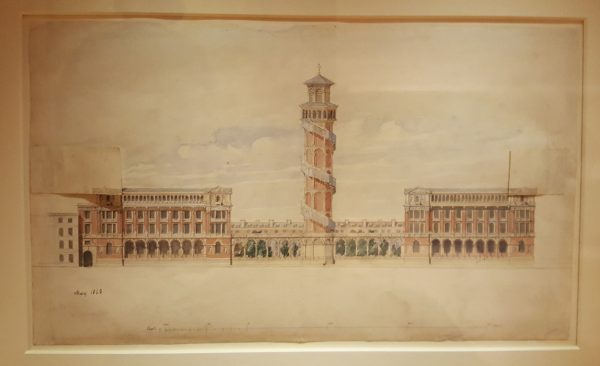 There was also a much grander scheme to redesign the entire Albertopolis estate as a series of gardens, which would have looked nice, but hardly made the area famous as it is for its museums.

One scheme would have seen the museum have a massive train shed style roof made of iron and glass, and while very popular as a design, when the bean counters looked at it, they ran away screaming about the cost.

It’s a short display, but worth sticking your nose in to have a look if you are in the area, if only to see what might have been built instead of why what was built got built. 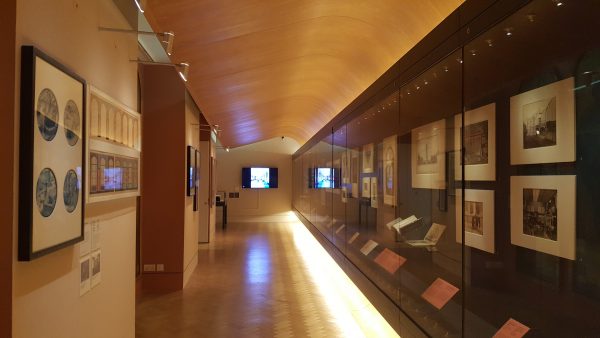 The exhibition is open on the 4th floor until 7th January 2018, and there’s a book to accompany the display. 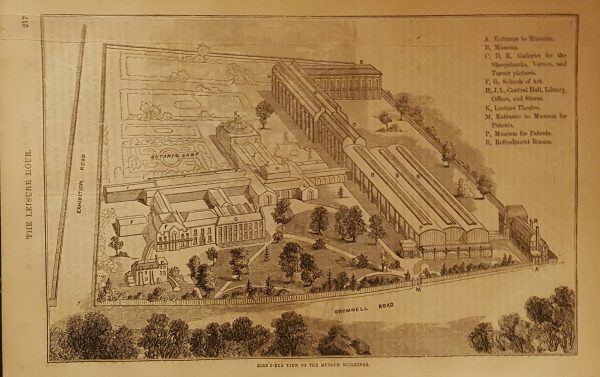 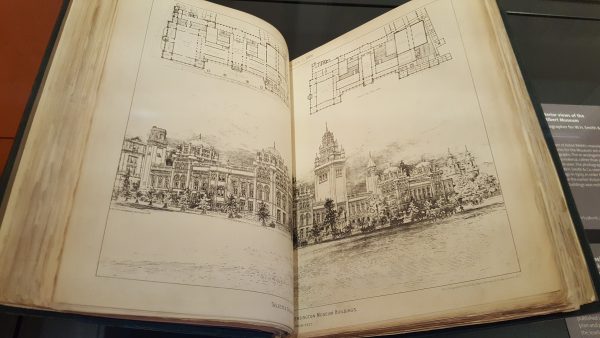 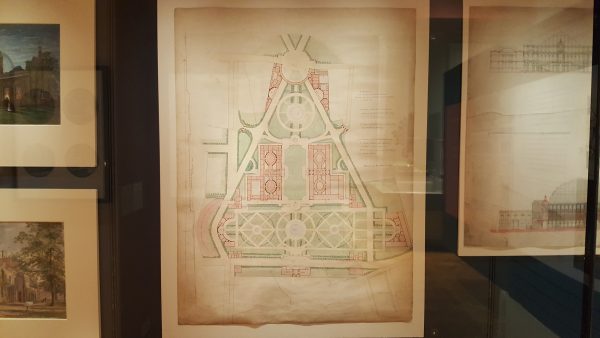