It’s a fairly simple display, being a large information board and a small display case, but it does shine a light on a little known phase of London’s history. 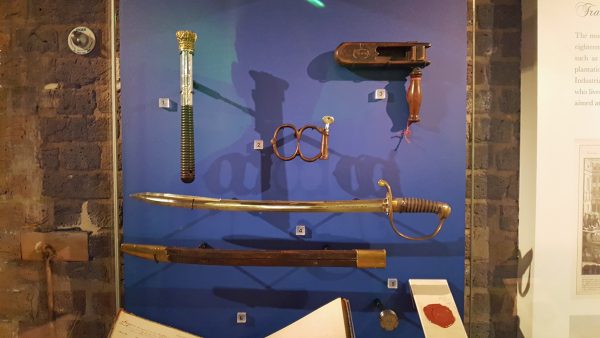 The river police owe their origin to the thriving trade in crime in London, particularly in stealing goods imported from the West Indies. At their peak, over 10,000 criminals were thought to be working the docks.

Founded by the West India Committee they were created to protect the goods being imported to London, and predate the land based Met Police by 21 years.

The police were welcomed by the bosses, but not by the workers. In October 1798, there was a riot in Wapping after some river workers were fined for stealing coal — which was looked on at the time as more of a perk of the job than a crime.

Just a couple of years later, citing the success of the Marine Police, they were nationalised — which seems an odd reward for being good at your job.

Renamed the Thames River Police, and today known as the Marine Policing Unit they are the world’s longest continuously serving police force, and are still based in Wapping where they have had a base since 1793. 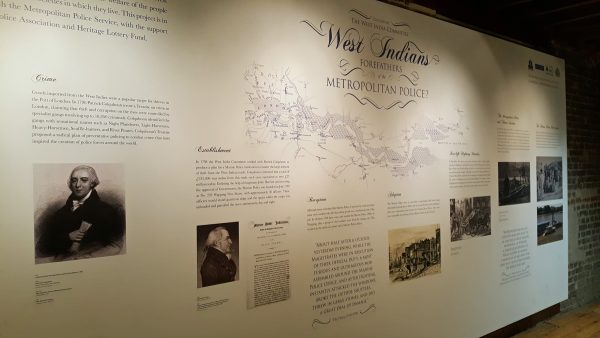 The exhibition was set up in partnership with the West India Committee, who originally founded the police, and still the oldest body representative of the Commonwealth.

It’s free to visit at the Museum of London Docklands until 14th January.

There’s also a rather good e-book about the history of the police you can download here. 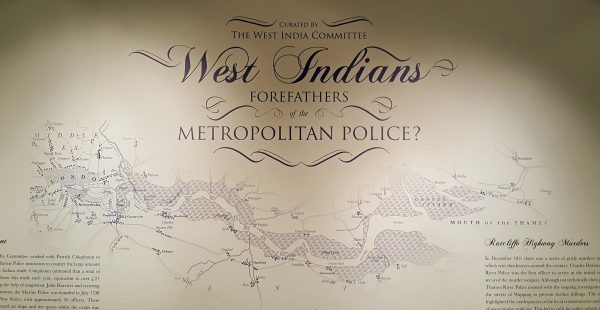