This coming October will mark the 150th anniversary of the opening of St Pancras station, and its modern incarnation is holding a mini-exhibition to mark the anniversary. 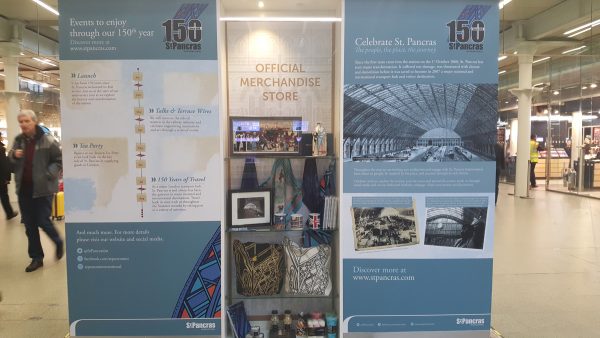 It’s mostly a series of display boards dotted around the station, with vintage photos and snippets of history. The display boards being almost totally ignored by people while I was there, which in itself reminds us how blind people can be to signage, and whether the plethora of warning signs that are scattered around train stations have any practical effect. 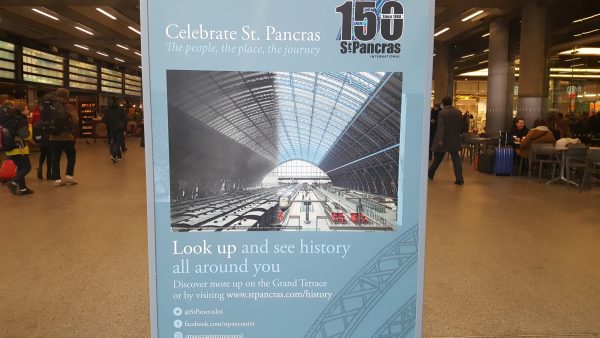 Considering the railway history of the chain, it’s apt, or ironic, that the biggest display is on the windows of a closed branch of WH Smiths, next to the toilets. 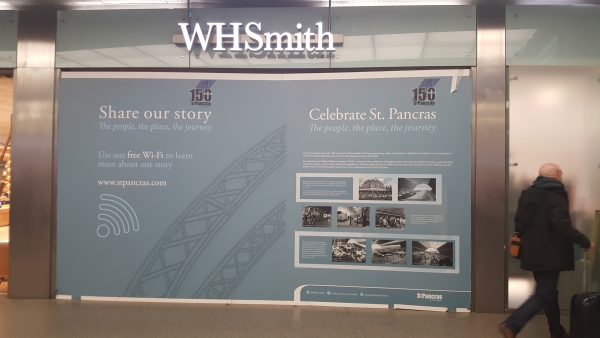 Railway companies have pretty much always sold branded memorabilia, from a time when travel was a rare luxury, so a souvenir was perfectly reasonable, although rather less these days, as the notion of a branded [insert train company of choice] trinket is less alluring when stuck on a commuter train.

Still, the station itself is flogging a load of 150th anniversary goodies. 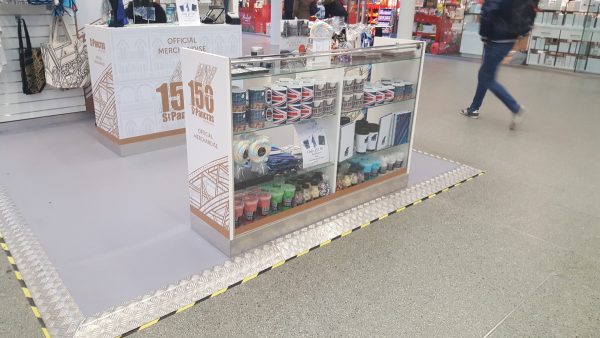 Incidentally, unlike all of London’s other main terminus train stations, St Pancras is not owned by Network Rail, but by London and Continental Railways, the part owner of Eurostar and the High Speed One link. That’s why their toilets are free, whereas the neigbouring King’s Cross currently charges 50p to spend a penny. 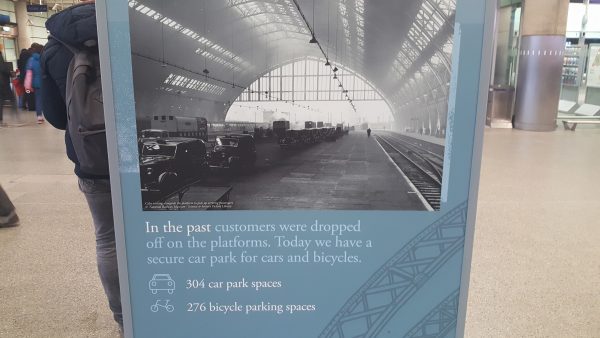