Just under 400 years ago, a British physician was to overturn 1,500 years of thinking about how the human body worked, with considerable opposition from the venue now hosting an exhibition about him. 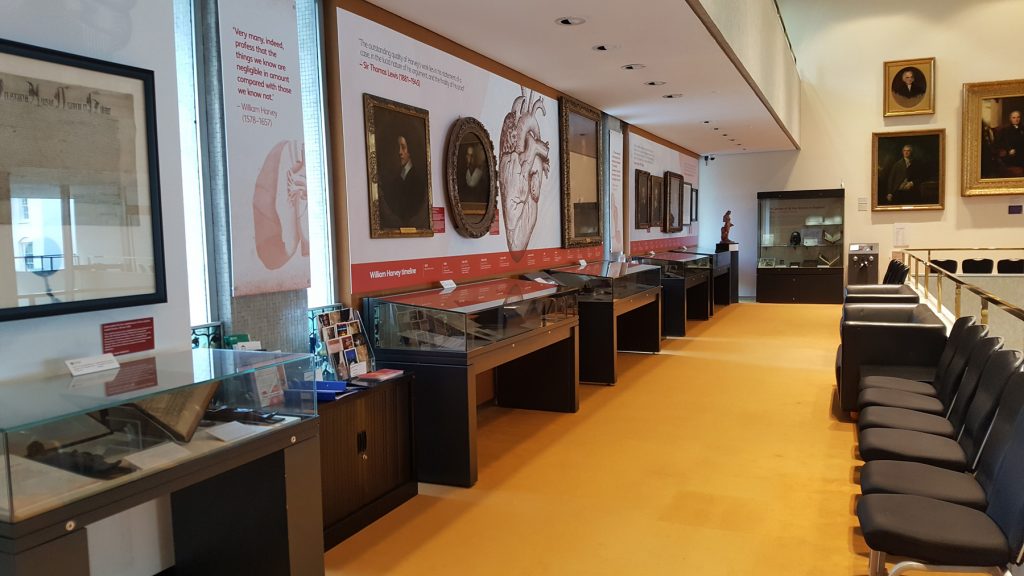 William Harvey was a very well connected man with close links to Royalty, and hence wealth, who did something few were doing at the time – experiments. It wasn’t that easy, as experimenting on the human body was frowned upon, and even an edict from Queen Elizabeth I only granted four dead criminals per year for medical studies.

Not withstanding that shortage, William Harvey, building on work done by other researchers, was able to show that the traditional view of how blood was circulated around the body was utterly wrong, and in doing so began an era where long held views were subjected to experimentation for the first time, and often found wanting.

Squeamish minded readers will be reassured that this exhibition, at the Royal College of Physicians is mostly books and and drawings. None of the red fluid is on display.

Harvey’s researches were first shown off in a book which was published not in England as might have been expected, but in Frankfurt, which was the beating heart of European book publishing.

His book caused a storm, as it overturned the teachings of the Greek physician, Galen, whose views on how blood circulated had reigned unchallenged for over 1,500 years. 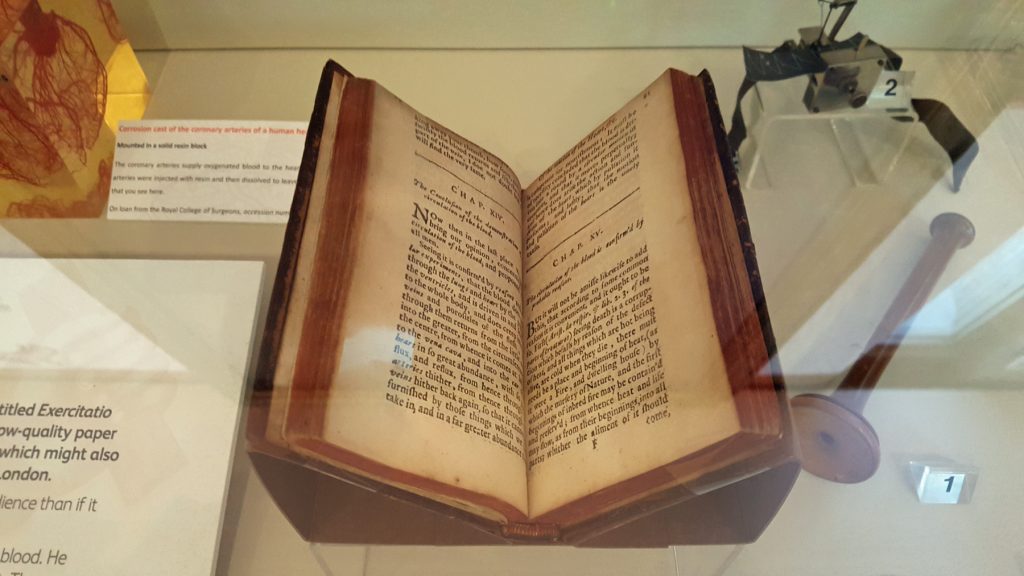 A 16th century volume of the ancient Greek physician Galen, advancing his theories of blood, now sits side by side with a version of the pioneering medieval anatomist Mondino de Luzzi’s guidebook to dissection from the 15th century.

Some of the retorts that were published are on display here as well, and most notable is that many of them refused, or failed, to carry out any actual experiments to prove their side of the debate. This was Harvey’s great victory, as over time, and it took a while, most physicians came around to his way of thinking, based as it was on provable facts.

The age of reason was upon us.

Despite his initial lackluster reception from Royal College of Physicians, he left them a large legacy of lands, a library, museum and endowments. Though much of this bequest was lost in the Great Fire of London, it is still funding an annual lecture and dinner for the College, and the display concludes with modern day versions of Harvey’s original book – the modern lectures.

A selection of Harvey’s rare remaining personal effects are also on display, including his original Diploma of Medicine, awarded by the University of Padua in 1602, the demonstration rod he used during his lectures, and letters written in his own hand.

It’s a feast of old books and drawings that tells the story of one of the great battles of medical history. 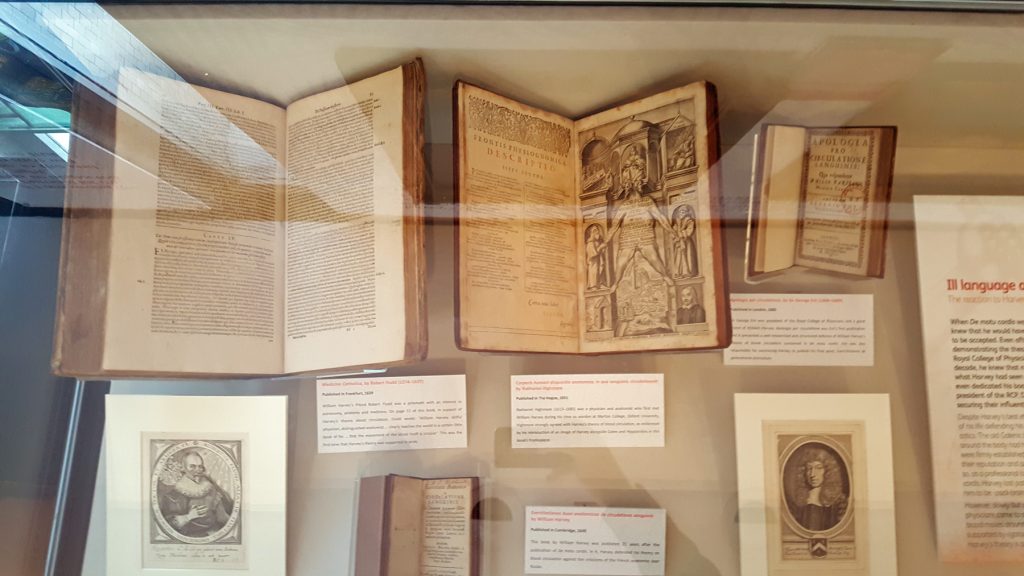 The exhibition, Ceaseless motion: William Harvey’s experiments in circulation is open until 26th July 2018, Monday–Friday, 9am–5pm. The exhibition is also open until 8pm on the first Thursday of each month.

You need to sign in when entering the Royal College of Physicians, and the display is on the first floor. There is also a museum in the basement. Entry to all is free.