They only started recently, and only take place on Fridays, but the venerable Eton College now allows us lesser folk to go inside for a look around. 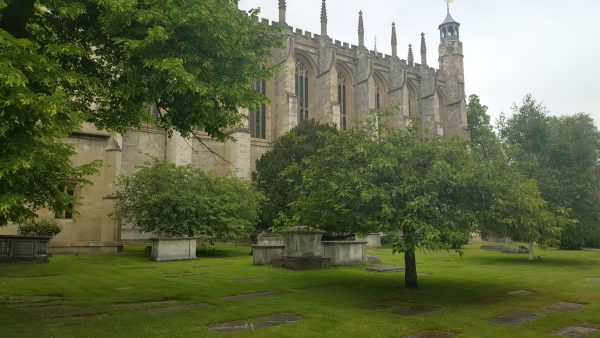 Founded in 1440, Eton is one of the great English establishments, educating boys of the rich for a life of enhanced privilege. Although the college estate sprawls over much of Eton, the tours focus on the heart of the college, the main chapel and buildings.

They used to do occasional tours in the past, by old Etonians, but just last year they started official Blue Badge grade tours, and only during summer, and only on a Friday.

Eton College was founded by King Henry VI as a charity school to provide free education to 70 poor boys, it very nearly closed down shortly afterwards when King Edward IV deposed Henry and took all the colleges assets for his own chapel in Windsor Castle.

The college limped on though, and over the centuries its wealth grew until it became the institute that it is today.

A tour starts in the cemetery, simply for convenience and swiftly moves into the central courtyard, where you are now standing in the space that so many tourists peer at through a gateway with a no-entry sign on it. 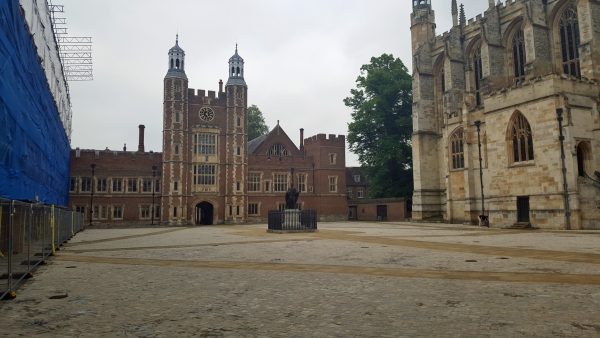 A marvellous statue of  King Henry VI stands proud in the centre, and by tradition, you always walk with the statue on your left side, closest to your heart. Which results in some rather circuitous routes around the courtyard at times. 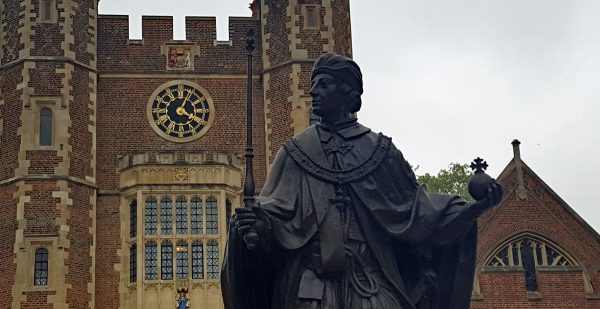 The main tower, Lupton’s Tower after the Provost who commissioned it, is pure Tudor in design. It also contains an exceptionally rare statue of the Virgin Mary, an unusual survivor of the protestant reformation’s zeal for destroying idols.

From the outside, the dominant structure of the college is the Chapel, and this is the only space where photography is forbidden, which is a pity for it’s a stunning building.

It was supposed to be at least twice as long, but funding ran out — not to mention, the main road now runs right outside. In the 19th century, during renovations, they discovered that the walls had been painted by Flemish artists. Discovered too late to stop builders stripping off most of the painting, but about a third now survives. The impressive vaulted ceiling is concrete — a modern replacement of a wooden ceiling that was rotting away. 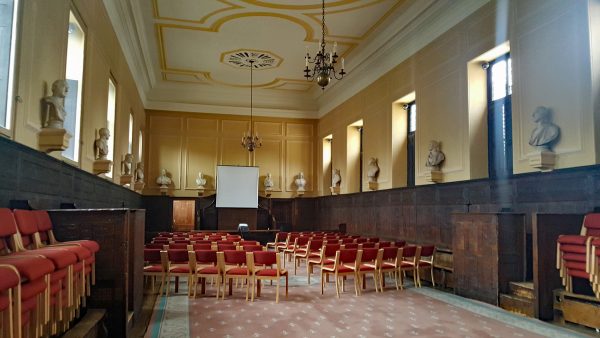 The tour then takes in one of the main teaching rooms, where another of Eton’s traditions becomes apparent – graffiti. Lots and lots of it. All over the place. Today you pay for an official graffiti to be added, as two certain Princes recent did, but in the past it was done by the pupil, by hand, and in capital letters.

Except for the poet Shelly, who wrote in lower case just to be different. 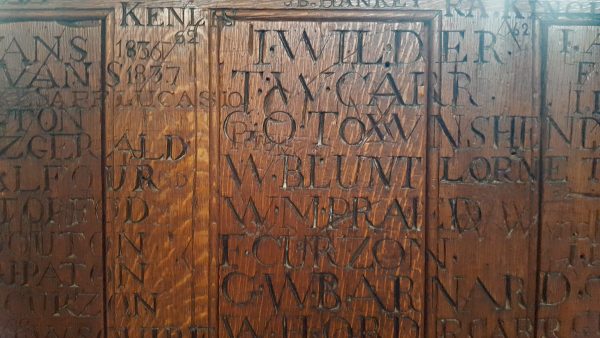 The graffiti is not limited to his room, and is found all over the college, sometimes very deeply engraved into the stone as well. 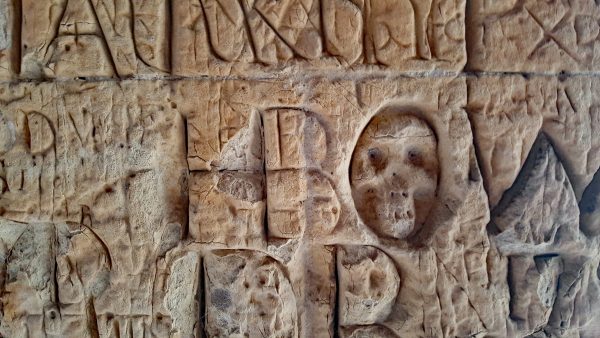 One notable chunk is a thank you to Queen Elizabeth I, who once doubled the bread ration to two loaves on the day she visited. 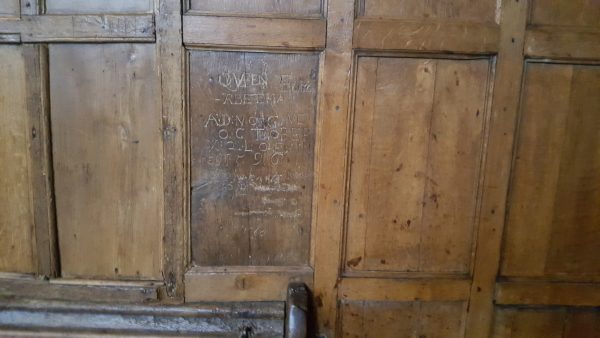 The tour guide, in a refreshingly deep booming voice that carried well, gave about half the tour over the history of the college, and about half to the life of the boys who board there. It’s a good mix of the two, even if on my tour two young visitors were evidently deeply bored by the whole thing.

Tours finish in a place that’s open to the public, but on Sundays only – the museum. A space with lots of memorabilia from times past, including a slightly “chariots of fire” style recreation of an Edwardian boys room. 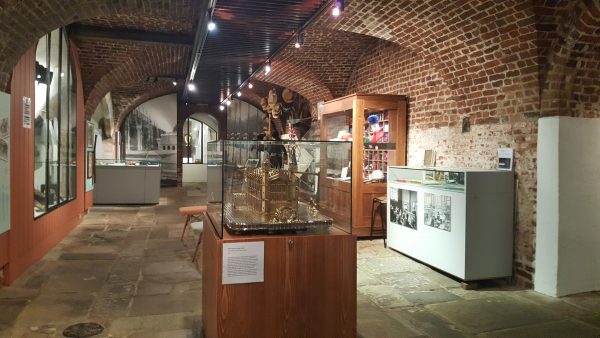 That tours are only on a Friday afternoon is slightly inconvenient for most people, but if on a day trip to Windsor, it does mean you avoid the worst of the weekend crowds in the rest of town.

Tours of Eton College cost £11.02, which is pretty good for a 90-minute tour of a normally off-limits venue. They can be booked online here, or you can take the risk that they’ll have spare places if you turn up on the day.