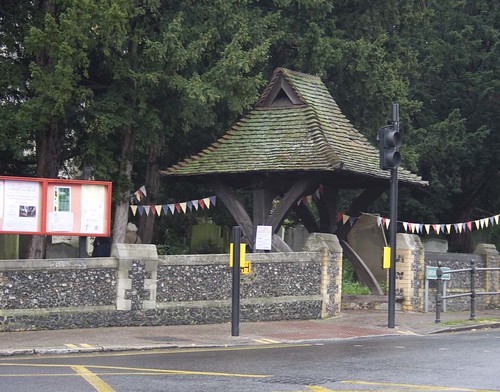 These small gatehouses though have a particularly macabre history, for this is the corpse gate – or lychgate as they are more commonly known. The term lych comes from Old English for corpse, and the corpse-gate was the route that the dead would take when being taken for burial in the churchyard.

Typically, the gate was where the clergy met the funeral congregation, and the shroud wrapped body would usually be rested on a table, or in larger gates, on a built in shelf, and there the priest would start the funeral rites.

The idea of the lychgate started around the 7th Century although most examples date from around the 15th century – the plague century. However, what is said to be one of the oldest surviving gates was erected in the 13th century, and this ancient relic can be found in South London, at Beckenham Junction marking the main entrance to St George’s Church. 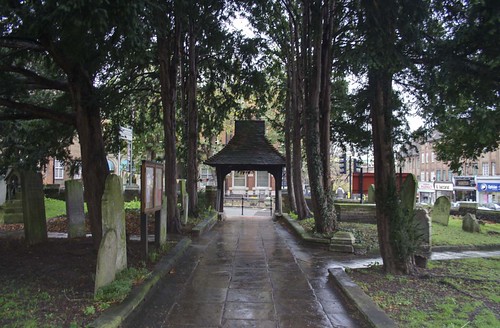 This was restored in 1924 by a man who lost both his sons in the Great War. The restoration required the removal of the side walls and the restoration of the foundations, but the roof is essentially 700 years old.

A small plaque on one side marks the restoration, and one the other, if anyone glances up, a notice about the heritage of the gate.

You can see one interesting aspect of the popularity of the burials in the graveyard, as the soil is ramped up around the church – the result of many burials on top of each other. 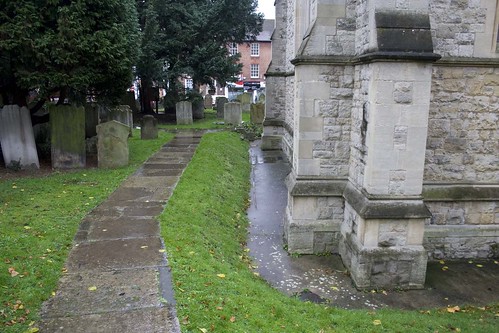 Many of the lichgates in central London were removed as a consequence of the ban on burials within the City, and thus were seen as an unnecessary cost to maintain. So, you tend to find them more commonly in villages and smaller churches in towns.

Curiously, considering its deathly origins, in parts of England, the gate pays an important role in weddings, as the newly wed couple are required to leave by the same gate — often decorated with flowers — that they will pass back through in a few decades time.

Indeed, a new Lychgate was dedicated at St. Peter’s Church in Staines to mark the silver wedding anniversary of Sir Edward and Lady Clarke in Feb 1908.

I’m still not sure I would want to live in a house built by Lychgate Homes, or stay in the Lychgate hotel though. Shudder!

The lychgate in Beckenham marks the entrance to St George’s Church, a rather charming Victorian era building that was built over the site of the much earlier church. As nice as the church is, I am sad that the medieval predecessor was demolished to build it. 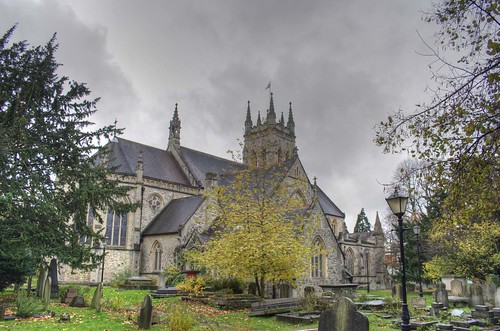 Talking of demolitions though, next to the church sits what looks like an old village green, but it is actually modern – the results of two impacts by V1 rockets during WW2. The ruined houses and shops were eventually cleared, and in the 1960s, the land purchased as a village green.

When I visited, the church was holding a local fete with stalls laden with cakes, knitted goods and Christmas cards. And it was packed, which is religious views aside, always a nice thing to see. 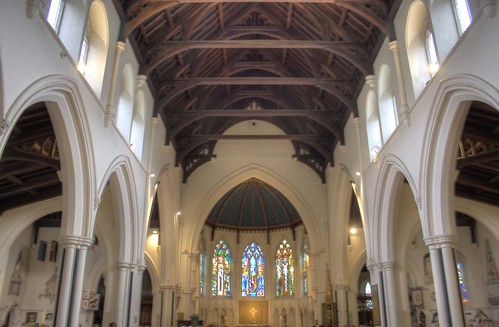