A massive triumphal arch is on display in the British Museum at the moment, but unlike the grand stone arches dotted around Imperial cities, this one is made of paper.

Commissioned by the Holy Roman Emperor Maximilian I, the print took 3 years to produce and required 195 woodblocks to be hand carved, inked and placed on the paper sheets. 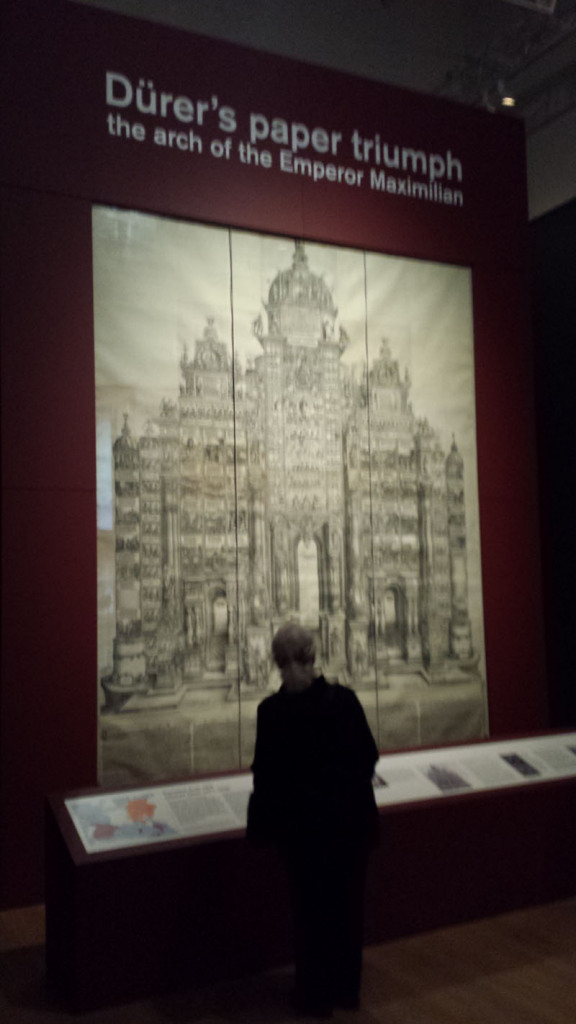 As Holy Roman Emperor, Maximilian was the titular ruler of huge swathes of land from Austria to Spain, but he lacked the power and money to govern them effectively. The three portals of the arch are a reminder of the monuments commissioned by Roman emperors in antiquity as military triumphs, but Maximilian’s considerably cheaper version is printed on paper rather than rendered in sculpture or architecture.

It would have been used as wall decoration in the palaces of the courts of Europe to emphasise the power and dynastic ambition of Maximilian and the Habsburgs, with an extensive (and spurious) family tree, and key events from the Emperor’s life.

A number of the prints were also hand coloured, but very few of those survive.

As such it is either something you can stand back and admire the sheer size and scale of work involved, or get up close to study individual panels of the print. 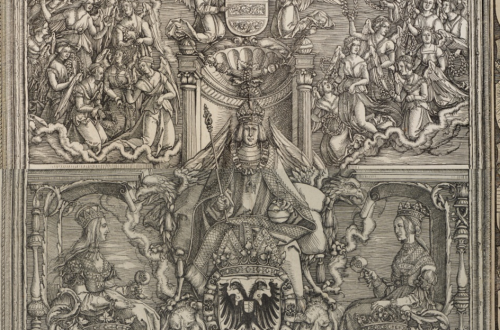 The print is on display in the side room next to the main entrance until 16th November.