Tomorrow (Wed 22nd) is such an example, and in fact a very big example.

The Met Police, and probably every other emergency service is going to test their reactions to a terrorist attack taking place on the London Underground this summer.

Exercise Forward Defensive is part of the Government’s regular National Counter-terrorism Exercise Programme and has been jointly developed by the Home office and the Metropolitan Police Service.

The exercise will be set in August and will test the response to a terrorist incident on the London Underground network during the Olympic Games.

Although the exercise is taking place inside the station, as you would expect, rather a lot of surface vehicles will be clustered around the station entrance.

Presumably to avert “twitter rumours“, the police put out an operation note warning that the event will take place.

During the first day of the exercise (22 February) the tactical response on the ground will be visible to media and passers-by outside the disused Aldwych underground station in Surrey Street, WC2R, which is being used as the venue for the incident.

Surrey Street will be closed between the Strand and Temple Place from 07:00 until 19:00hrs on 22 February. 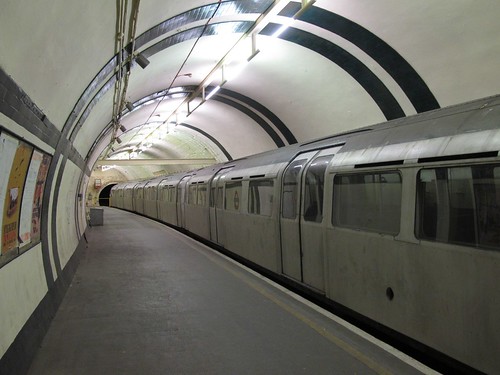 Old train in the platform at Aldwych station

Despite the somewhat morbid topic triggering the exercise, I can’t help but be fascinated and tempted to wander along for a look if I can find the time.

My fascination is mainly sheer curiosity, but in fact I used to participate in these exercises when I was a cadet in the St John Ambulance. A sub-division known as Casualty Union provided victims made up to look like we had been in various accidents for the emergency services to practice on.

Not just useful for the other emergency services – because as a first aider I would learn what it feels like to be manhandled by firemen and ambulance staff, and that then affected how I later dealt with patients of my own.

And lets be honest, it was damn good fun to be in a smoke filed house or plane crash waiting to be rescued!