In a few months time, Lea Bridge Station will open, filling a large void in an area where trains pass between Stratford and Tottenham without stopping.

As it happens though, this is not the first time there has been a station in this location, as a station was opened on the Lea Bridge in September 1840, and despite a brief period of popularity thanks to a nearby football ground, it never really lived up to the hopes of the railway company.

The railway though, blossomed, thanks to a large goods depot to the south, at Temple Mills, which is still in use, although now for Eurostar trains.

The station limped on with dwindling passenger numbers and in the mid 1970s, the original station building was demolished in favour of an unmanned shed, and then both the station and the railway line closed in 1985.

As is increasingly the case, when railways close, they don’t stay closed for very long, and just 20 years later, in 2005, the railway line reopened, offering a service between Stratford and Tottenham Hale stations.

Unsurprisingly, the local Waltham Forest Borough campaigned for the old station, to be reopened. While the station building had been torn down, quite a bit of the platform structure remained in situ.

In 2013, the government agreed with the council, and announced plans for a £11.6 million station to be built, reusing the old platforms, but with a different location for the station entrance.

The scheme is funded with a mixture of £5million in Council capital funding, £1.1million from the Department for Transport’s New Stations Fund and £5.5million from Section 106 contributions (managed by the Stratford Transport Implementation Group).

The old entrance was above the tracks as a building next to the main road. In fact, it’s thought to have been the UK’s first station with that design. However, that main road also happens to have more road than pavement and is totally unsuitable for modern use. 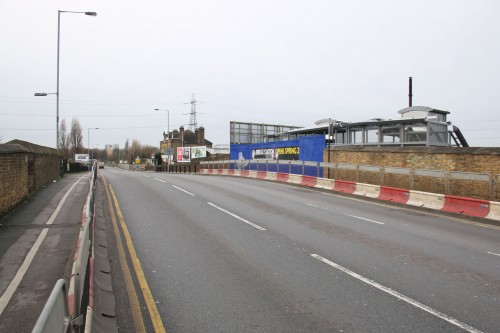 The new entrance will be on a side road, which is vastly more suitable for a station entrance, and a new footbridge is being constructed next to where the old station building stood to link the two platforms. 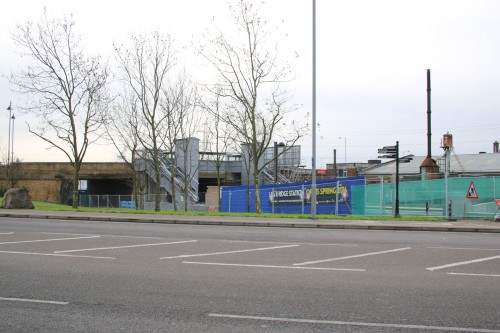 Unfortunately, the station was headlined as opening “before the end of 2014”, and now signs at the station herald an opening in Spring 2016.

The delay apparently being due to objections raised by three freight operators who also use the line. The planning application was finally filed in October 2014, and works started in July 2015

Further problems, such as Japanese Knotweed added to the delays.

The station is now set to open in either March or May this year, the exact date still being undecided.

Eight carriage trains will be used on the line which will be used by Abellio Greater Anglia trains. When it finally opens, this page on the TfL website will at last be of more use.

And in a few years, an area of mostly light industrial is likely to be a cluster of “residential experiences” being sold off-plan to desperate homeowners. 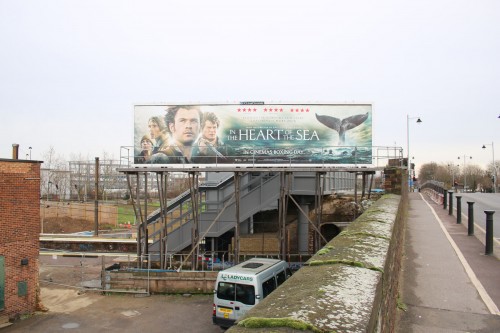 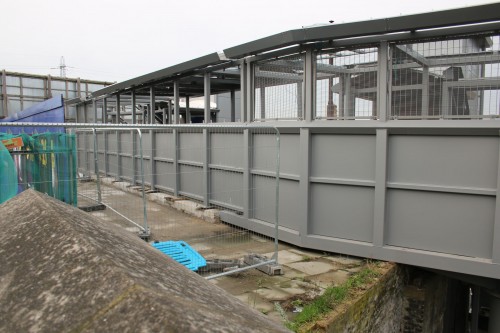 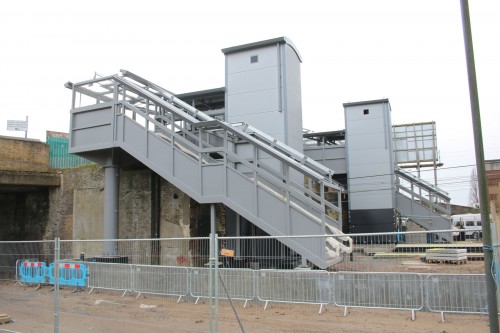