I was doing a visit to Ely Place in the City of London and will write about that later as it is an interesting tale, but this posting is about a “manhole cover” I saw in the pavement on that road. It was marked with “Electricity Supply” and a company name CLES Co Ltd. I noticed it as it looked older in design than more modern pavement covers, so took the following photo and did a bit of hunting. 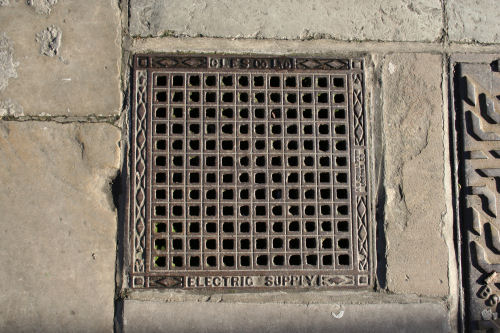 Dear old Google was not that helpful – initially, but I eventually worked out that CLES stands for the County of London Electricity Supply, one of London’s earliest decent sized electricity companies, and here is a (very) brief tale of electricity in London.

Following the first experimental electricity supply – to a gallery on Bond Street, the Electric Lighting Act on 1882 was passed by Parliament which allowed local councils to grant concessions to electricity companies to provide supplies within their council boundaries. The leases were for very short time frames, which hindered investment and the law was quickly changed to allow for longer, more financially viable leases to be granted. The advantage of the local authority lease was that it included the rights to dig up pavements and roads to lay the necessary cables.

At the time the leases were extended, the law was also changed to allow an operator to spread beyond the single local authority they were formed in. It was this change which lead to the merging of small electricity suppliers, and the County of London Electricity Supply came into beginning. The company dominated the Eastern London supplies – while the London Power Company supplied Western London.

Supplies in London remained very localised with small generating plants in each local authority, but in 1900 a large power station in Deptford was opened which supplied electricity to a large swathe of London. Alas, it was a technical failure and London retained local generators for several decades longer until technology had developed to support long distance supplies.

It’s difficult to be sure without digging around at the National Archives (etc), but considering that power generation was very close to the users, and that Ely Place is right next to the Holborn Viaduct – it is possible that the supply to the expensive row of Georgian houses could have come from the generating station at 57 Holborn Viaduct. This is significant as that is claimed to have been the world’s first public power station, owned by the infamous Edison Electric Company. It was opened in 1882 – and the modern Ely Place would have existed then.

You can see an image below of the power station – note the tunnel which ran under the pavement, with the shop front on the “top floor” of the building, facing onto Holborn, while the “ground floor” was accessed from Snow Hill and the steam powered generator was on the ground floor. 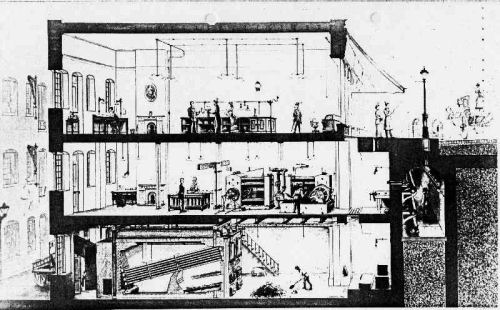 An interesting tangent is that apparently, as the power plant was not part of a licensed electricity supplier, Edison did not have permission to dig up the roads to lay his cables. His decision to put the power station on the Holborn Viaduct was motivated by the presence under the road of those large service tunnels, so he didn’t have to dig up any roads. I was originally researching these very same tunnels a couple of years ago and am still interested in their history.

The image below shows a side cutting of Holborn, which may explain why it interests me so much. 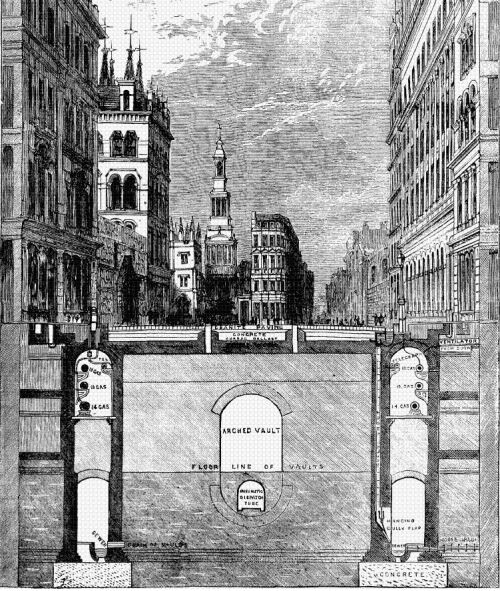 Finally, in 1926 the Central Electricity Authority was created to set up a national grid and standardise the power supply. Lots of the small local generating stations were closed down in favour of larger more efficient power stations. The CLES was finally merged into the London Electricity Board in the 1947 nationalisation and ceased to exist as an identifiable entity.