Back in the 1980s, there was a running joke about the BBC that nothing could be commissioned unless it involved snooker in some manner. Today, I have a sneaking suspicion that the same policy applies — but Daleks have replaced the snooker balls.

An exhibition about Songs of Praise you say? Hmmm, will it involve Daleks? No. Sorry, no exhibition then.

An exhibition about the Radio Times? Will there be Daleks? Well, yes as it happens there will be, and indeed there are. 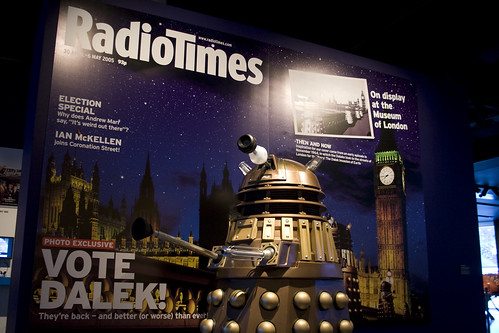 A new exhibition to mark the 90th anniversary of the Radio Times has opened at the Museum of London, and as with anything BBC related, has a lot of Doctor Who included. For once, this is actually quite appropriate, for while Radio Times was dismissive of the show at first, it has since become the single most featured TV show on the front cover of the institutional magazine.

And it is an institution — and one that very nearly never happened had it not been for the Fleet Street newspapers demanding payment for carrying radio broadcast listings in their papers.

Lord Reith got a bit miffed at this, and promptly set up his own magazine instead. Although it carries the broadcast times of Radio and TV shows, that it is called the Radio Times is nothing to do with chronometry and all to do with sounding similar to that bastion of the establishment, The Times newspaper.

It was nearly called the Radio News, but that was even more annoying to Fleet Street as they printed the news, not some radio upstart.

Of course, the newspapers later started printing the radio and tv listings anyway as they quickly realised that it was a popular service — although somewhat declining these days. The relaunched Time Out magazine also scrapped their London centric listings. 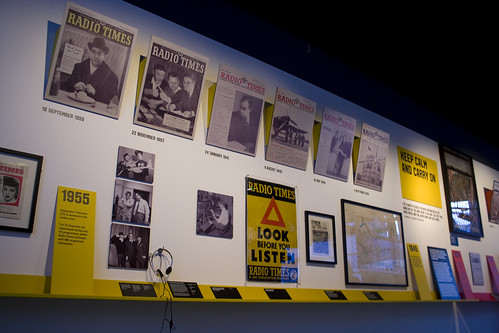 Over the decades, the front covers of the Radio Times have followed the changing times, but one thing has never changed. The name. Radio listings are just a tiny subset of its weekly output, but the name remains resolute.

There must have been hundreds of young marketing hot-shots who have begged the magazine to rebrand itself, but it remains steadfastly the Radio Times and probably always will be. The brand is too strong now and to change it would unleash a fury of green ink letters to make the removal of the Thames from the tube map look like an insignificant oversight.

I say the name has never changed — actually something did change as can be seen by comparing these two editions from 1936-37. The name of the magazine made its one and only definitive change at this time and has been left alone ever since. 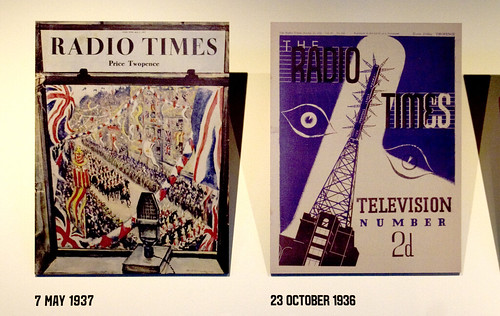 As an exhibition it is a curious mix of cultural history, fashions, graphic design and raw nostalgia.

I was not a huge buyer of the magazine in the past, and less now — but the Xmas bumper edition was always a guaranteed sale. That hour spent scanning the pages for my two days off work to see what I would be watching on the two most boring days of the year. 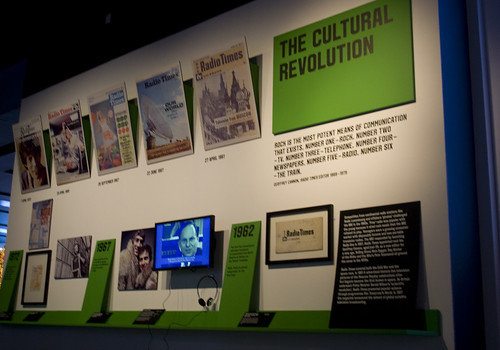 Oh, and of course, the Daleks.

The Vote Dalek cover of the Radio Times has won awards, although the I would love to live in a London that had that starry sky at night. Even on the most cloudless of nights, light pollution will deny us that grand vista.

A range of retro Dalek posters were issued, and as it happened, the Conservatives issued some retro style publicity posters in the run up to the election. My blending of the two genres proved rather popular.

There is also the original blueprint designs for the Dalek, and a publicity letter for people to turn up one morning at Westminster Bridge — which they were then surprised to see Daleks invading Earth. 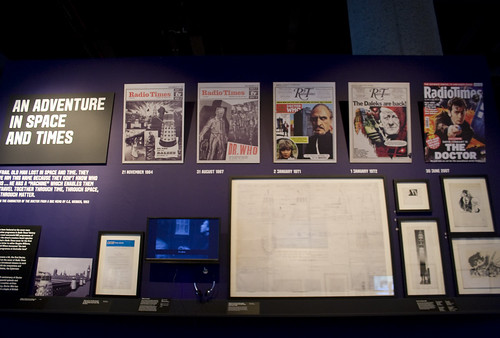 I have a fairly strong certainty as to which part of the exhibition will be the biggest draw for people — but the rest of it is worth having a look at as well.

The exhibition is open until the end of October. You’ll find it in the lower levels next to the cafe.

And to paraphrase what the adverts on the BBC used to have to say, this is an exhibition about Radio Times in the Museum of London, other museum exhibitions may be available. 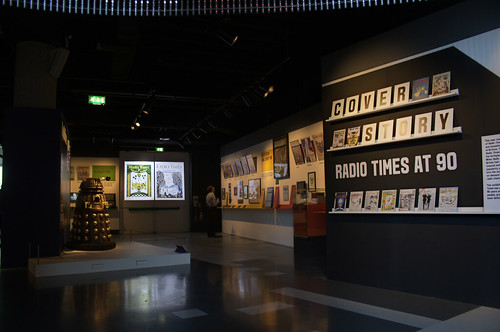 NEWSLETTER
Tagged with: Doctor Who, Museum of London