One of the most oft cited “solutions” to railway overcrowding is the introduction of double-deck trains, which are regularly used in other countries.

As often as they are proposed, they are dismissed due to the massive costs associated with rebuilding all the bridges they would have to pass under as most railways lack the height for double-deck trains.

Despite that, Network Rail is formally considering them.

A consultation for how to improve congested railways into Waterloo over the next few decades offers up the double-deck train as an option.

The report dwells mostly on more usual solutions, such as signalling improvements and more clever use of capacity, but the exotic double-deck trains are in there as well.

The document says that the ” route study also sets out a bespoke double decking option that would see some services from Basingstoke and Woking inwards operating with double deck stock.” 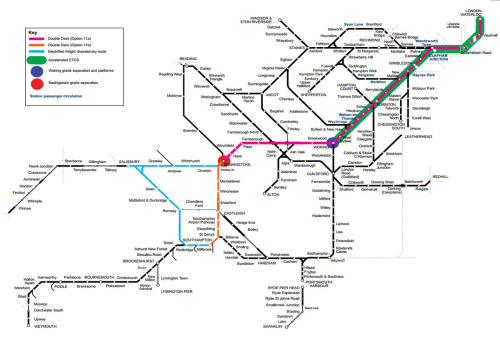 The report warns that double-deck services may suit operation over a limited geographical area during peak hours only, in order to minimise the investment required to adapt the rail network and depot and stabling facilities.

Of the two proposed routes, the most likely would see double deck services operating between London Waterloo and Woking and Basingstoke (excluding the Alton line), with seven existing high peak services into London Waterloo operated by double-deck trains. During off-peak hours of operation when the number of passengers travelling is significantly lower, it is proposed to stand down these trains at Clapham Yard, before working a return journey departing London Waterloo in the evening peak.

That’s the equivalent of an extra 42 (single deck) passenger vehicle arrivals into London Waterloo during the high peak hour, an increase of 18 per cent

Another option to expand the operation of double-deck trains down to Southampton looks less likely, due to the cost of tunnel works south of Basingstoke. There is also a risk, as double-deck trains won’t be able to divert onto alternative lines should the approved route be blocked or otherwise out of action.

Just to show how expensive it would be to switch to continental style double-decker trains, Stagecoach carried out a study in 2005, and just the bit between Waterloo and Clapham Junction would have cost almost £1 billion to convert for full-scale double-deck trains (The Times, June 2005). So what is needed are double-deck trains that won’t need a fortune spent on railway modifications.

However, the report warned that an assessment of the suitability of double-deck rolling stock currently in operation internationally has not been able to identify a vehicle suitable for use in Great Britain, and as a result, the report suggests that a new double-deck Electric Multiple Unit (EMU) or an adaptation of an existing design, would be required for operation on the Wessex Route.

A British solution is needed. And provided.

The report has already developed an outline ‘concept’ double-deck train, comprising three 26 metre vehicle units operating in multiples of three (or alternatively, a fixed formation 9-car unit) with doors situated at the vehicle ends at standard floor height. This concept provides an estimated 50 per cent increase in useable floor area compared to existing Class 444 and Class 450 stock deployed on the route.

That could see modern double-deck trains operating in a manner slightly similar to an experiment that ran from London Charing Cross to Dartford between 1949 and 1971 — using a customised standard train which had a smaller upper floor squeezed in. 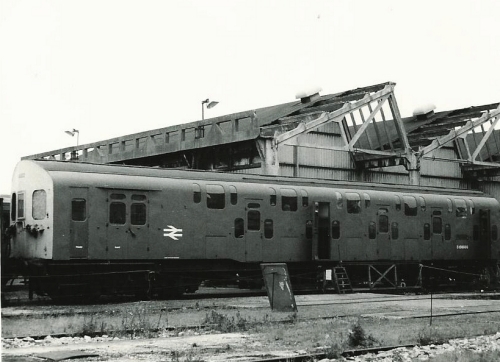 In addition to the issue of developing a double-deck carriage that will fit on the railway, is the issue of passenger dwell time. More passengers per carriage means longer to get on and off at stations, and during the rush hour, that can at times hold up trains waiting to get into the station.

In addition, larger surges of passengers arriving at once put more pressure on stations to cope with crowds, although the report also acknowledges station capacity issues and proposes some improvements there as well. That is regardless of the arrival of double-deck trains.

There are plenty of concerns, but there is something curiously exciting about the idea of the double-deck train that would probably see a lot of public support for them, drowning out the naysayers.

Maybe it may also spur funding to restore that original train as well?