Published 3 September 2013 by Events and Tours

A pace of 25 donkeys (yes, that is the collective noun) has arrived in St Paul’s Cathedral and will be there for a few weeks.

No need to feed them or worry about little piles of donkey waste as these are fibreglass models painted up by artists in their own personal style, and are on a global pilgrimage to promote interfaith peace. 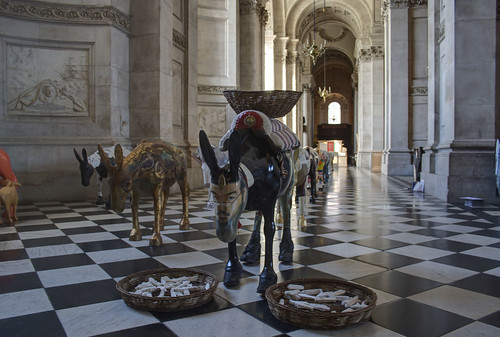 Coming from Egypt, the Caravan was first shown off in Cairo and has now arrived in London to go on display ahead of a charity auction to support Egypt’s poor.

The donkey was chosen as it symbolises peace in both Christianity and Islam, and is found in both the Bible and in the Qur’an. Examples are numerous, such as both Jesus and Omar Ibn El Khattab, the second caliph, each riding donkeys when they entered Jerusalem.

The donkey also represents the poor, as it is an animal of burden, and this is especially the case in Egypt. It’s said that around 40 million donkeys are on the planet, with the majority of them living amongst the poor. 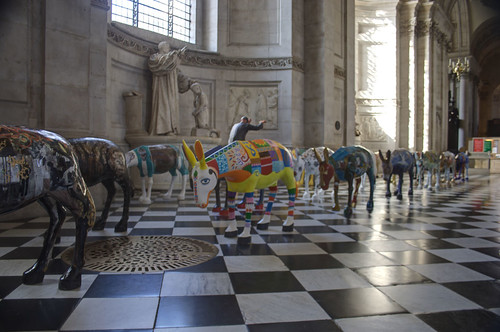 I also can’t help by anthropomorphize donkeys to a slight degree as with their bowed heads and often poor lifestyle they do tend to always look like exceptionally sad creatures. Whether they actually are as miserable as my human imagination suggests is doubtful. 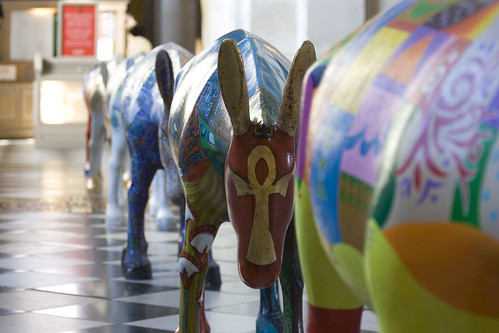 The display of the Pace called Caravan is on the main floor of St Paul’s Cathedral until the 23rd September. Entry to the Cathedral for tourism purposes is by their usual entry charges, unless you are praying in which case it’s free. 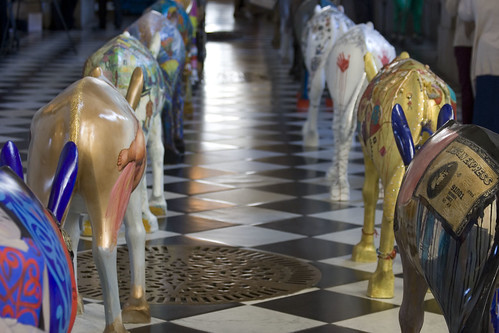