Donald Pleasence and Christopher Lee on the London Underground

This Sunday, there’s a chance to see 1970s London Underground with this classic horror movie set on the tube, staring Donald Pleasence and Christopher Lee.

A family of cannibals, descended from Victorian railway workers who were buried alive during construction and never rescued, dwells in the disused lines of the London Underground network.

When two students discover a dying politician in their local tube station, victim of the last of the cannibals, the ensuing investigation reveals a macabre plot that sends shivers down the spines of hardened police officers Calhoun (Donald Pleasence) and Rogers (Norman Rossington).

What is the terrible secret of the capital’s underground system? And who – or what – is turning the London Underground into a Death Line…?

First released in 1972, Death Line was ahead of its time in its mixture of grisly thrills, gallows humour and sharp social commentary. Now, it is heralded as a British horror classic.

Trivia – the cannibal was going to be played by Marlon Brando but he had to back out when his son Christian became ill with pneumonia. Because Americans are weird, it was renamed Raw Meat for the US audience.

Although filmed on the London Underground, tube bosses got a bit worried about the poster design for the film, and demanded that a different version be used on the tube adverts. 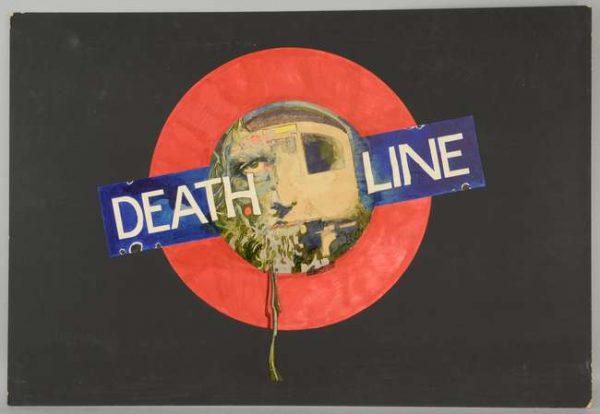 NEWSLETTER
Tagged with: films and movies