A disused tram tunnel that was commandeered for the Crossrail project is due to be handed back to Camden Council following restoration to its original condition.

Crossrail took over the old tram tunnel in 2012 and used it as a construction site, drilling down to provide additional support as the tunnel boring machines passed beneath that part of London.

A unique part of London’s transport history, the Kingsway Tram Tunnel was the first of its kind in the UK when it opened in 1906. The Grade II listed structure in Holborn connected London’s north and south tram networks, carrying passengers between Holborn to Waterloo Bridge. It was enlarged to accommodate double-decker trams in 1929, but was closed in 1952.

In 1953, London Transport used the tramway to store 120 buses and coaches in case they were needed for the Coronation. Part of the southern end of the subway opened to road traffic as the Strand Underpass in 1964.

After Crossrail took over the site in 2012, an 8 metre deep, 5-metre wide shaft was excavated within the tram tunnel to allowed engineers to pump a cement-like grout into the ground to correct tiny ground movements that occurred as a 30 metre deep temporary access shaft was built nearby and the 1,000-tonne tunnel boring machines passed below. 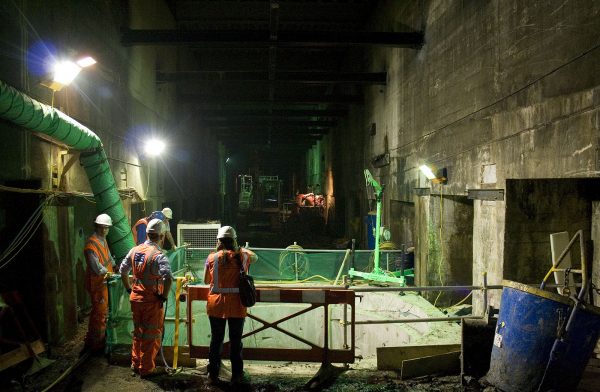 The site later housed a 40-tonne dry cement silo, and two 60 centimetre wide boreholes were used to pump cement, water, air and electricity to the new railway being built 6 storeys below ground. 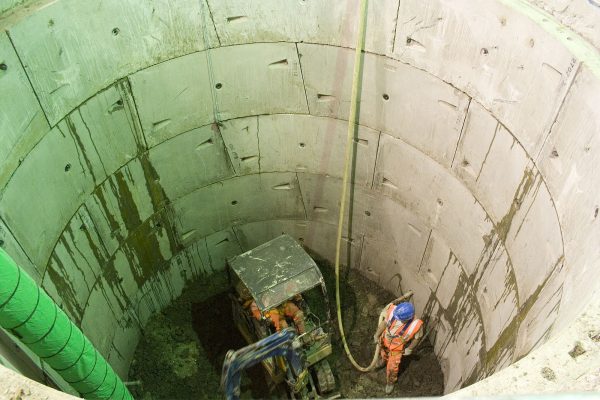 Work to restore the Kingsway Tram Tunnel and remove visible evidence of its use to support the construction of the Elizabeth line is now underway. The grout shaft has been filled, and the concrete floor has been reinstated. The temporary protection for fixture and fittings in the tunnels will be removed, the boreholes filled, and the site tidied and repaired. Finally, the iron tram rails will be put back into their original locations, and the site returned to the London Borough of Camden.

Ownership of the Kingsway Tram Tunnel is split between the London Borough of Camden and Westminster City Council.