Disused passenger tunnels to be reopened at Knightsbridge tube station

A redevelopment of Knightsbridge tube station is underway, opening up a series of disused tunnels that the public hasn’t seen since the 1930s.

As reported on this website in 2016, a developer owns the entire block of shops and offices above one of the tube station’s two existing entrances, and as part of the development, a new step-free access is to be added, as well a new centrally positioned main entrance. 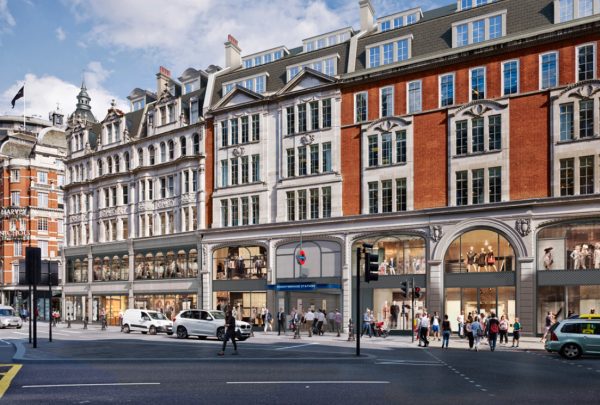 TfL secured a commercial deal with the Estate’s development manager Chelsfield so that a number of improvements to the Tube station, including station step-free access, will be delivered at a fraction of the cost to the fare payer.

Knightsbridge station has two entrances, at either end of the platforms — heading towards Harrods, or the other way, towards Harvey Nicks and Slone Street. It is the corner exit at the Harvey Nicks end that is set to be demolished, and a new entrance built further along the street, at 15 Brompton Road.

In addition, the pavement on Brompton Road and Sloane Street will be widened, making more space for pedestrians.

TfL has today confirmed that the new station entrance will open to customers in 2019.

Another new entrance will open in 2020 around the other side of the building, providing two 17-person lifts, making the station step-free from street to train. The new Hooper’s Court entrance will be located just beyond the original 1906 station entrance which still retains the Ox Blood Façade. 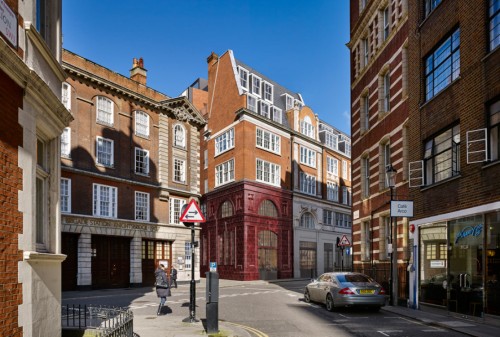 This step-free route will re-open some areas of the station that were closed in the early 1930s when escalators were installed.

You can see the abandoned tunnels and lift shafts in the drawing below, and just about as the thin pink loop under the building in the 3D-renders.

Cooling and draught improvements will also be made, which will provide immediate benefits to the station environment and reduce the amount of closures required when the Piccadilly line upgrade is delivered.

Knightsbridge Tube station sees over 19 million customer journeys each year, and the original station was designed by Leslie Green in 1906.