The quick answer is no — not as we know them today — but the longer answer is sort of, maybe. If you visit the Science Museum, just outside the main Leonardo exhibition are three models of his devices built in 1952 for a smaller exhibition.

And one of the three is a tunnel boring machine. 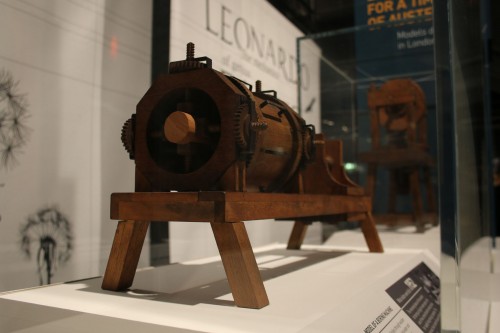 A very small one admittedly, for this wasn’t to construct an early underground transport network for the Florence nobles — but to provide drinking water.

At the time, the best water pipe was a hollowed out tree trunk, but to hollow out the tree trunk was a very labourious task, so Leonardo developed a couple of mechanical devices to alleviate the effort.

Two designs exist, of which the drawings for an upright model are the most detailed. The idea being that a tree trunk would be held upright, and the boring machine would drill upwards, so that sawdust could fall down out of the deepening tunnel.

It wasn’t until 1798, that the Dresden engineer Peschel was able to build a similar machine. 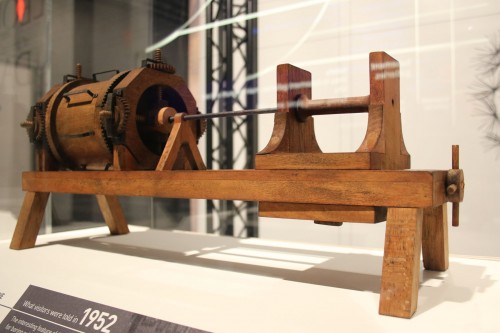 The main difference between Leonardo’s device and what we consider to be the tunnel boring machine invented by Sir Marc Isambard Brunel and later perfected by James Henry Greathead — is the lack of a tunnel lining.

As Leonardo was drilling to construct water pipes, there was no problem with the walls collapsing as there was minimal external pressure.

However, tunnelling underground is fraught with the risk of tunnel collapse, and it was the Victorians who came up with the idea of laying a lining just behind the tunnelling shield to hold up the walls. 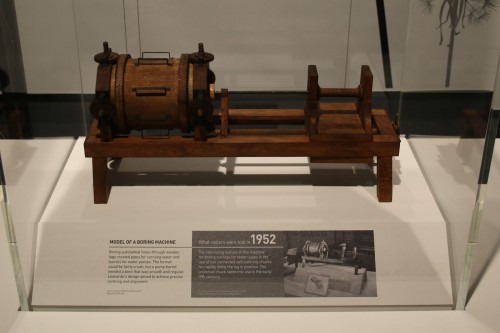 Today, the tunnel boring machine is a grand piece of engineering, but to see a curiously familiar looking version from 500 years ago — pop along to the Science Museum. 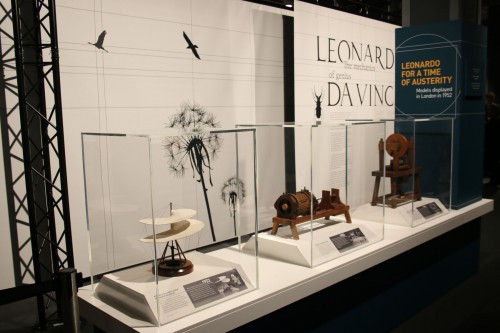