Developer wants to build over the tube tracks in Kensington

A section of railway in central London could be built over if plans for a major housing development are approved by Kensington and Chelsea Council. 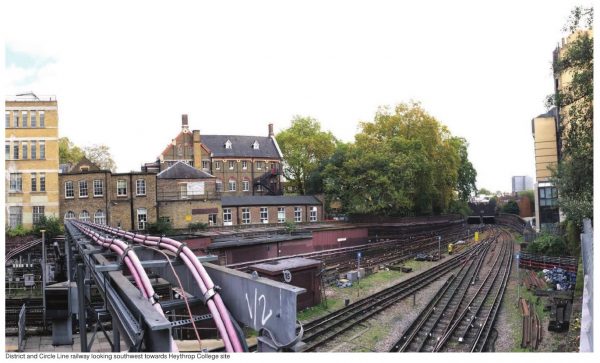 The site is a section of Circle/District line that runs in an open-air cutting just to the south of High Street Kensington tube station, and a proposal to redevelop a large plot of land beside the cutting could see it covered over so that more buildings can be erected on top.

The soon to be vacated site is currently occupied by Heythrop College, which was founded in 1614, and moved to its South Kensington site in 1970.

However, in 2015, it was announced that the college will close down, with the 2017/18 year being its final term. The closure was due to high running costs and small size making it uneconomic to continue as an independent college.

As such, most of the 20th-century buildings on the site are to be cleared, and a residential development for the over 55 age category is to be built on the site. The scheme comprises apartments with a range of communal amenities such as a restaurant, swimming pool, library and spa. The largest two apartment blocks are proposed to be constructed in part on top of a structural deck that will be built over the adjacent District and Circle line railway tracks. 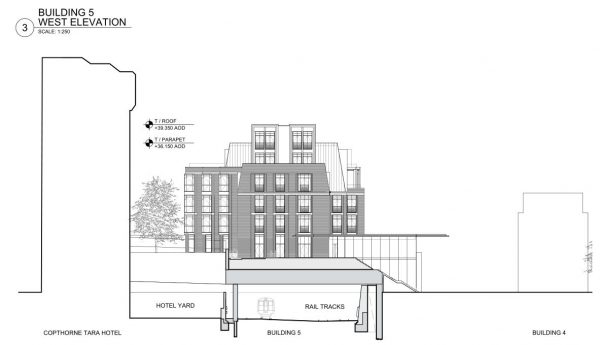 The new deck would therefore increase the size of the development by 25 percent.

The deck structure over the District and Circle lines will be supported from rows of foundations next to the London Underground tracks, both by the retaining wall bounding the Copthorne Tara Hotel and within the ‘10 foot’ zones between the tracks.

The deck is proposed to comprise steel transfer beams spanning between the support walls and supporting upper and lower concrete deck surfaces. Steel beams will be craned into position over the southern part of the deck and then installed from tracks on the partially constructed deck for the northern part.

As for the nearby station, there is a feasibility report that suggests this development could be used to add step-free access at High Street Kensington station, although the planning document notes that unspecified technical problems prevent that in the short term.

The development will also include safeguarding proposals for future public rights of way to improve pedestrian routes south of the tube station, which was cut off when the railway first arrived.

If approved, it will join an increasing number of projects that aim to build over rail and road infrastructure, such as above the DLR or the proposed roofing of part of the A13 at Barking, in part to bury the noise, and to release land for development.

The proposals generated an unusually large number of objections, and although most of them were about lorry movements during construction, one argued that there was no demand for rich old people wanting to live in Kensington. This seems an odd comment to make if you’ve ever wandered around the area.

The planning application is due to be discussed on the 19th April 2018. 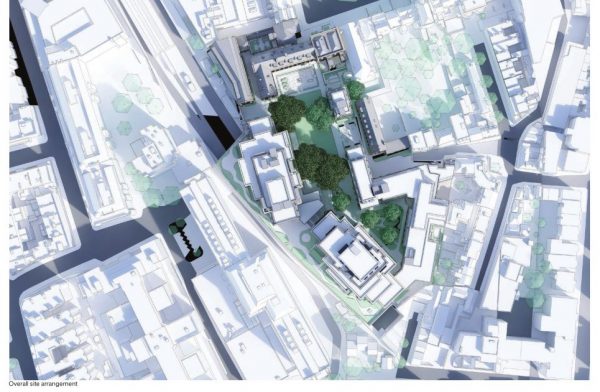