TfL had planned a smaller unit in a slightly different location, but it had to be moved due to fire regulations, and also the airflow capacity increased by 40 percent. The shafts also provide emergency access to the tunnels, should the need arise. While, unsurprisingly for a shaft down to the tunnels, most of it is underground, there is still a large box at the surface, and it’s the surface decoration of that which is subject to public consultation.

The surface building will also be slightly unusual in that it’ll show off its modular function openly, with different segments for ventilation, fire intervention systems, electricity and other supporting functions.

In addition to the design of the “head house” as the surface building is known, there are a choice of trees to select that will line one side of the box, for it is being put in Kennington Park, and the replanting aspect is going to be of interest to park users.

Following the fire regulation requirements, they’ve managed to get some extra space in the underground basement that’ll be constructed but will need a larger surface building as well. 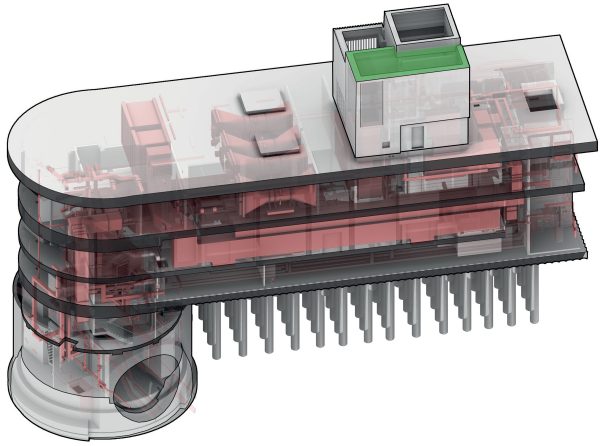 It’s instructive just how much of the London Underground is hidden from view — like the proverbial iceberg, commuters only see a small fraction of the support infrastructure that’s needed to keep the railways running.

The consultation closes on 13th August.