Derelict Victorian tunnel to reopen to the public

A sealed-off Victorian tunnel under a road in Crystal Palace is set to reopen to the public after the trust fund looking after it reached its fundraising target.

The Crystal Palace Subway is a short, but exceptionally grandly decorated tunnel that would have taken 1st-class train passengers from the railway station to the Crystal Palace. 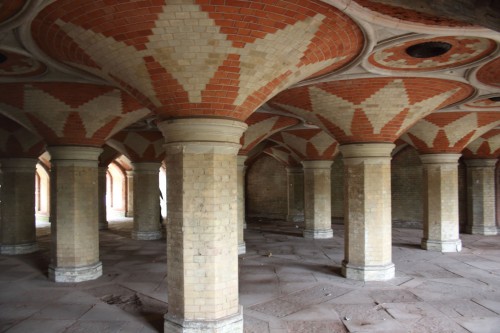 Although the hallway is now open to the elements, and the station long since demolished, the tunnel has lingered on, closed off and only occasionally opened to the public, or local rock groups. 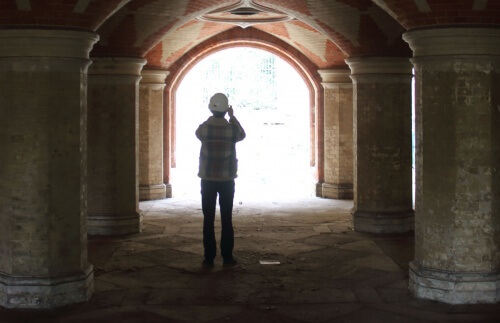 There is a claim that the subway was built by Italian workmen specially brought over for the job — but that might be an urban myth as there seems to be little to support the claim which can only be traced back a few decades.

The timing of the reopening is also significant, as this December marks its 150th birthday, and the Friends of the Crystal Palace Subway hope to reopen it in time for the anniversary.

At the moment, they have planning permission to reinstate safe pedestrian access on the Southwark side of the subway — as the tunnel straddles two boroughs and the grand, if crumbling staircase sits inside Bromley borough. 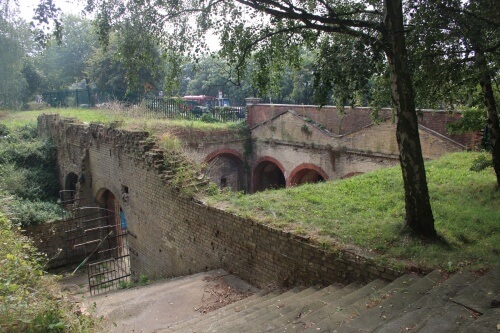 Although funds and planning permission have been secured for the main opening, they are still fundraising to be able to do more with the tunnel — details here.