Published 7 May 2016 by History, Museums

Narrow dark streets, dim corners, strange men from the far ends of the world, shops selling exotica, bedrooms offering erotica. Welcome to Sailortown, although as this is a family friendly display, the later of the offerings is not available. 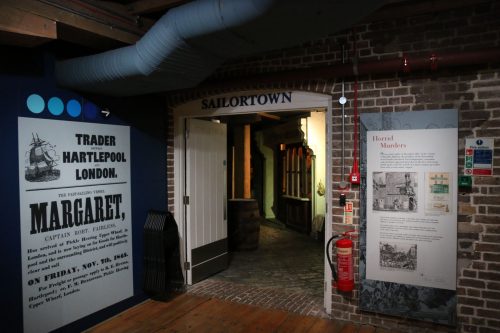 An atmospheric display in the Docklands Museum, it tries to show what London’s docks might have looked and sounded like in the 1840s.

Being dimly lit, it is more the London docks of TV than reality, as most TV shows seem to show Dickensian characters and Sherlock Holmes wandering through a city perpetually in twilight.

As much for atmosphere, as for the fact that it’s a lot cheaper to film dark sets which can avoid being overly made up by the art director to look good in daylight. 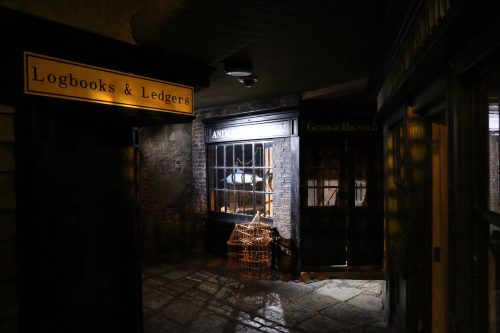 So here in the museum is a display of olde london towne as seen on the screen, with cobbled streets and creaking sounds of the Thames.

An old pub is of the correct size, for pubs were more plentiful, but smaller at the time. A shop selling toy soldiers, a ships chandler. 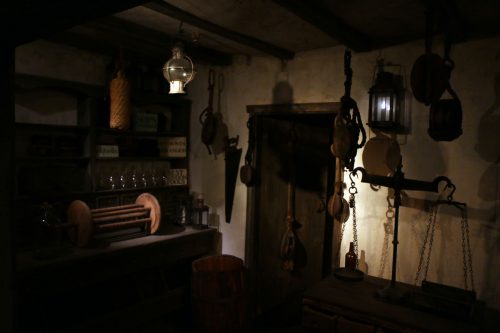 If you look carefully, the US flag in one shop window has the correct number of stars for this time period. 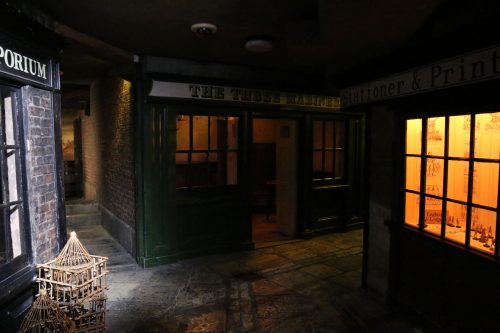 A concession to modernity is that old Limehouse didn’t have illuminated signs to the fire exit. 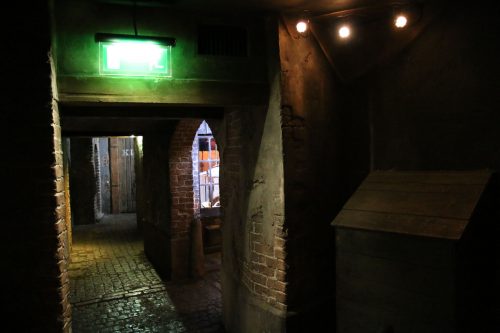 Sailortown is on the second floor of the Museum of London Docklands. 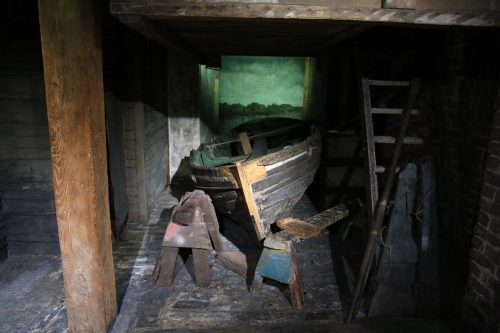 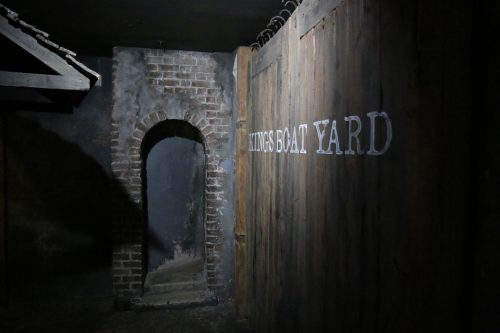 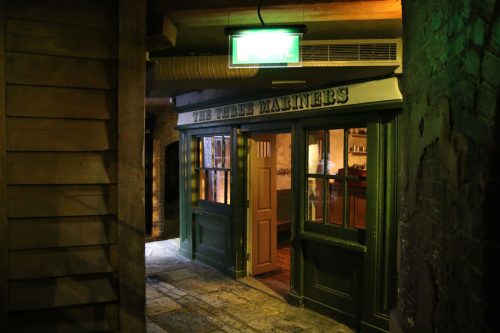 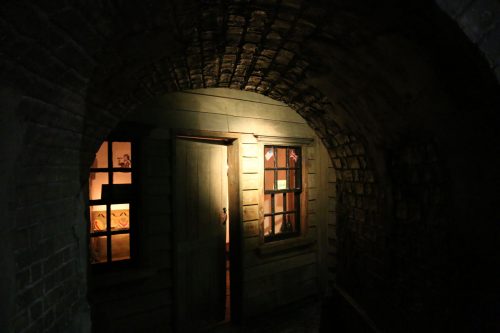