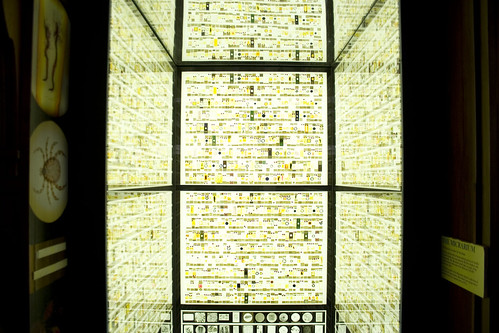 Most museums focus on the large, the impressive and the massive, so the Grant Museum has deployed its usual sense of humour to the other end of the scale – and built a Micrarium, literally a ‘place for small things’.

It’s often said that 95% of known animal species are smaller than your thumb, so here is a chance to remind ourselves on that overlooked side of nature.

Incidentally, the word insect (from Latin animal insectum) literally meant ‘divided animal’ or ‘cut up or into’ from the segments of its body (head, thorax, abdomen). And here is a small room full of the divided remains of divided animals. 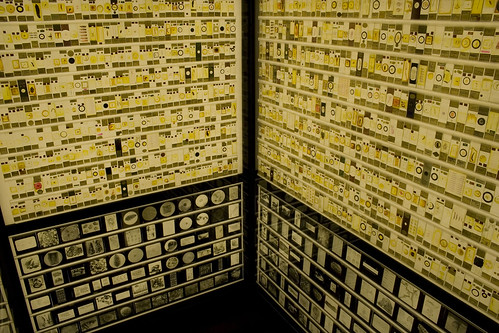 Over 2000 slides are on display in the Micrarium, lining the walls from floor to ceiling and set against light boxes to create a visually stunning impression. It might not have the scientific rigour of draws full of tiny samples, but it does a far better job of peeking an interest in the small.

Some magnifying glasses are available for those who want to direct a Sherlock Holmes like attention on the individual specimens. 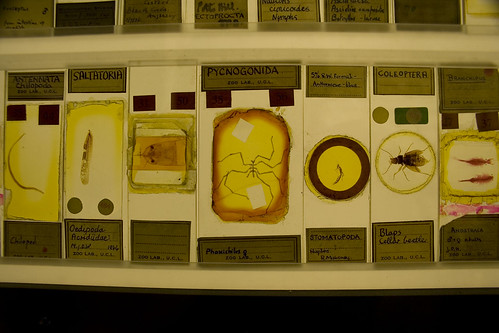 But this is really more of a small box like space to excite and the glowing box in the corner of the room was certainly attracting attention on my visit. Probably initially to see why it was glowing, and then to look closer at the beastie wallpaper lining the walls.

Oh, do look up as well – a mirror on the ceiling magnified the effect. 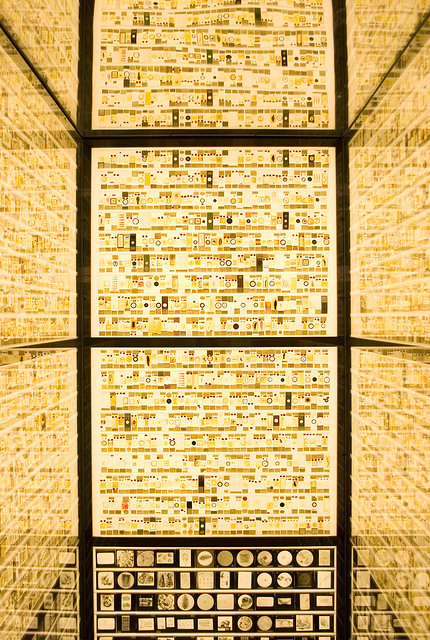