A day early, or several weeks late, depending on your perspective, Custom House station has reopened to the public.

It was due to reopen in “late December”, but it was noted in a TfL paper in November that the “station upgrade suffered from slow design approval which may result in a delay to the station re-opening”. And indeed it did, with the official opening date pushed back to Monday 8th January.

In fact, it had a soft-opening today at around 2pm.

The station is barely ready to be opened though, whatever the design changes were, they’ve evidently affected the station badly. Even as it opens, the planned step-free access to Victoria Dock road won’t be ready, and much of the platform is still covered up in builders hoardings.

Above the platforms, the new mezzanine deck is still being built, which will link the DLR platforms with the Elizabeth line next door.

The Elizabeth line platforms are still being fitted out, and as Diamond Geezer noted the other week, the first platform roundel has appeared, as has the first line roundel, underneath the footbridge.

The station was also largely manufactured off-site at a Laing O’Rourke facility near Sheffield then re-assembled at Custom House, so the station is largely a prefab design.

It will also have a roof made from transparent plastic material, EFTE, similar to the material that was used at the Eden Project in Cornwall.

The Elizabeth line platforms will be accessed via a long upper floor, which should help to absorb crowds visiting the ExCel centre and get them off the narrower platforms quickly.

When the Elizabeth line opens, while it may seem obvious that its main customer base will be the ExCel centre next door, in fact, its catchment area will be far wider, as Newham council plans a major redevelopment of the area.

Away with low rise council flats, and hello to towers, housing 5,000 people. 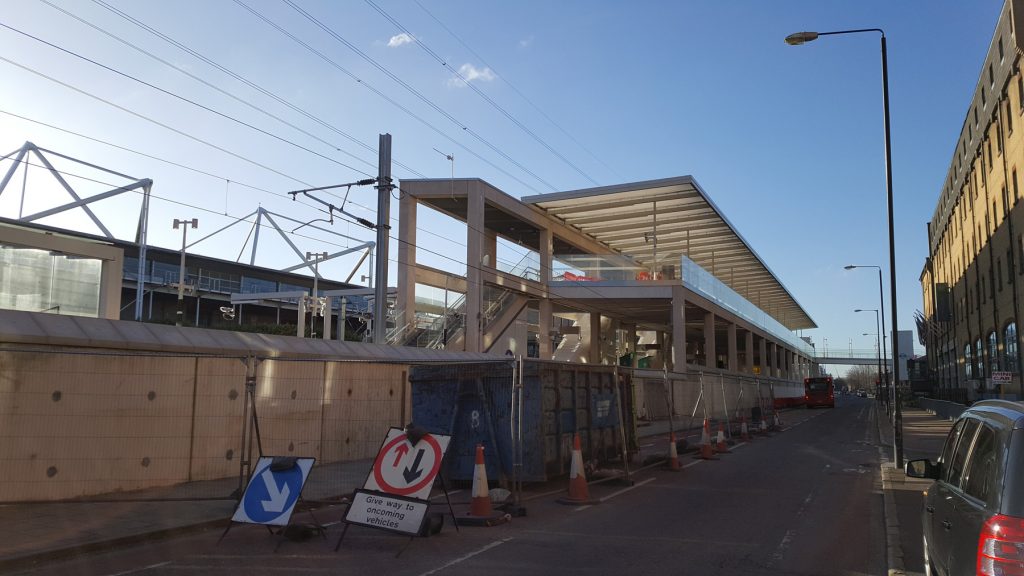 The new Elizabeth line platforms from outside 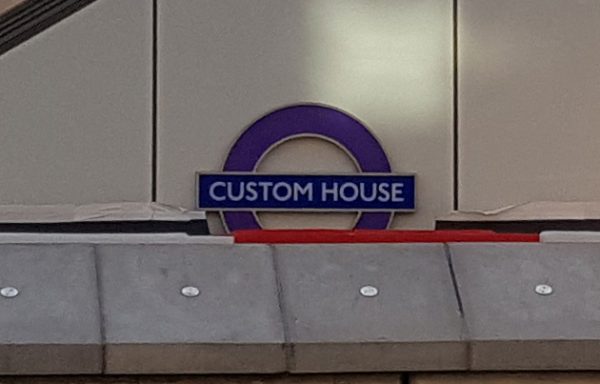 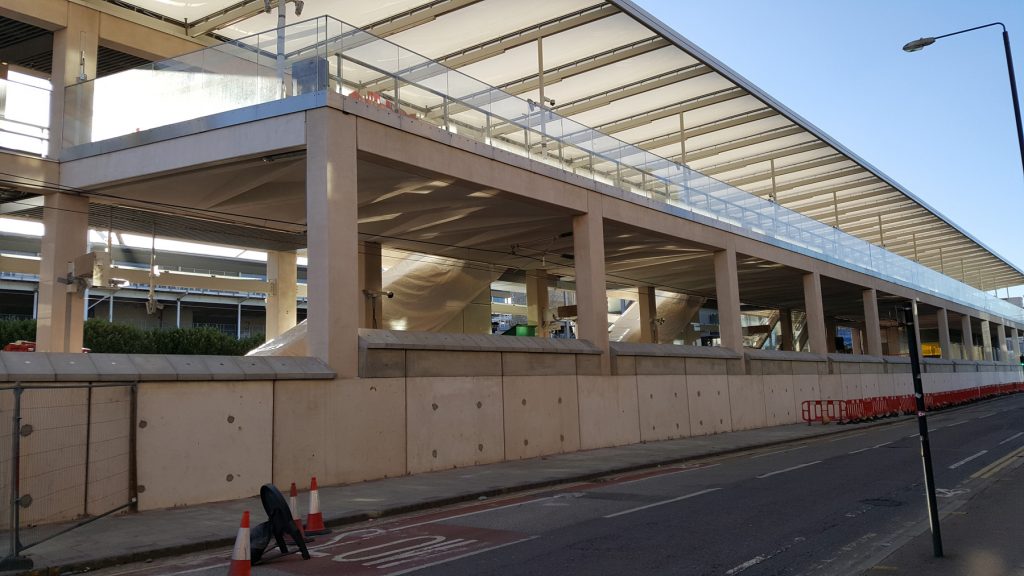 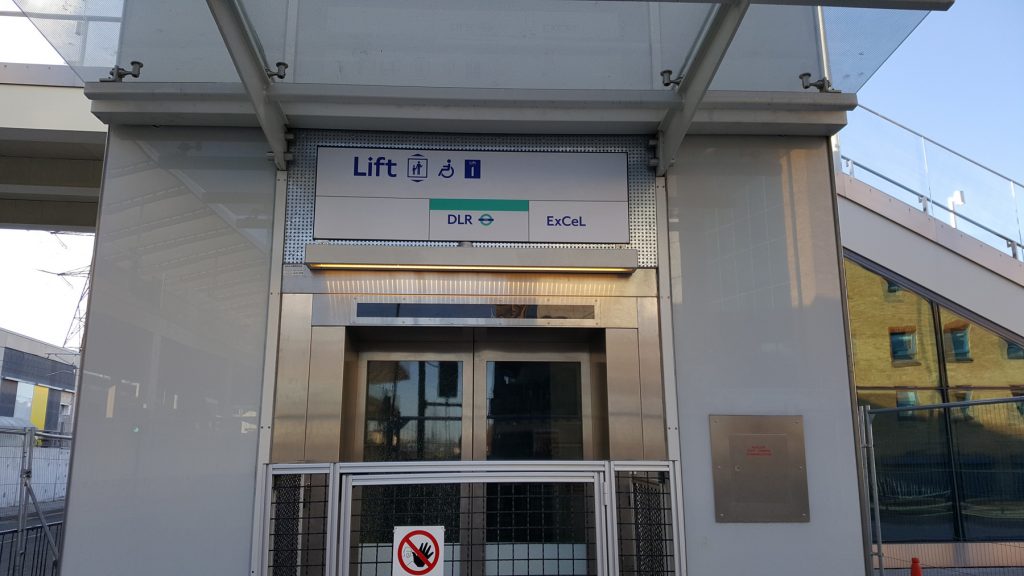 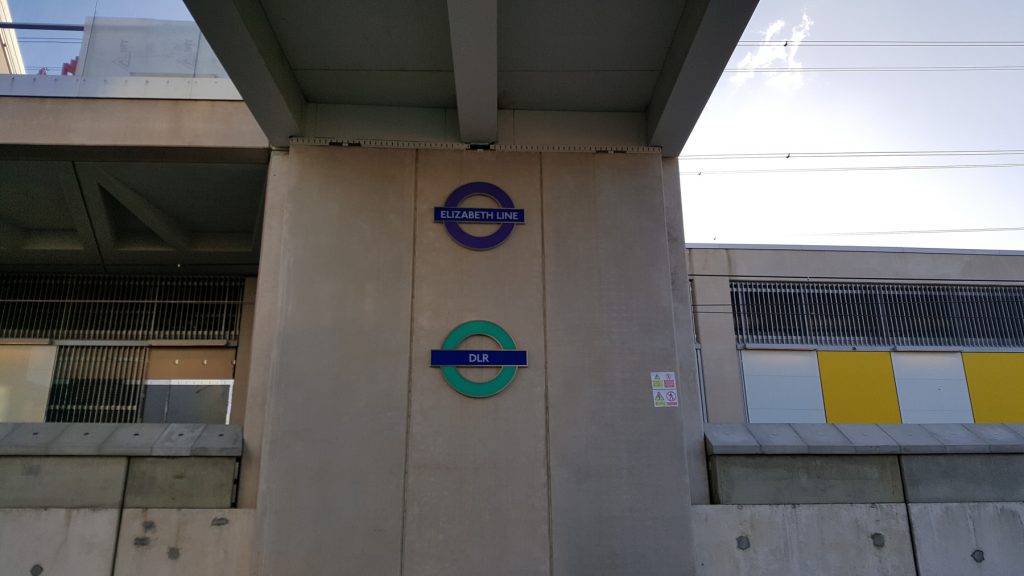 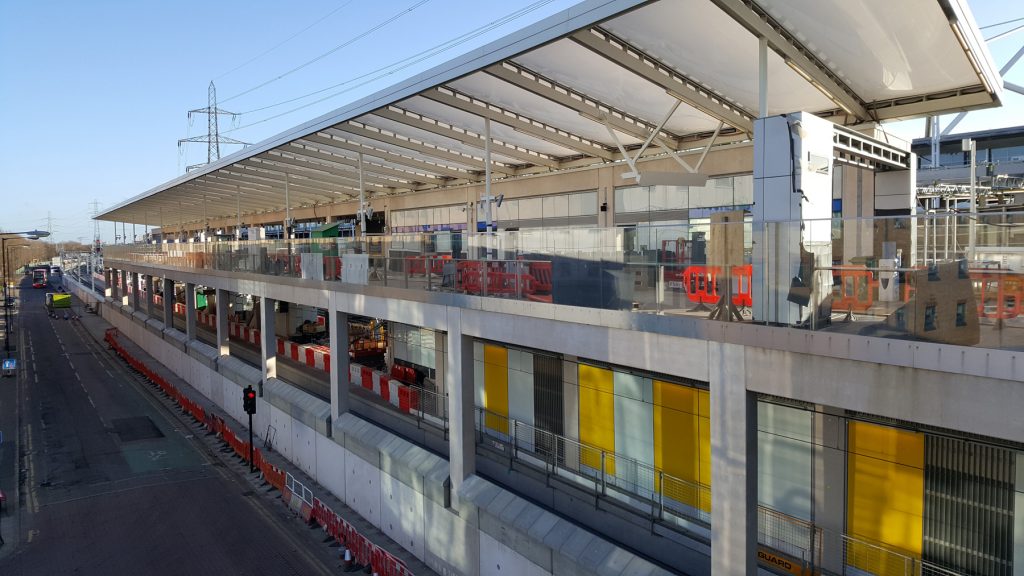 Elizabeth line station from the footbridge 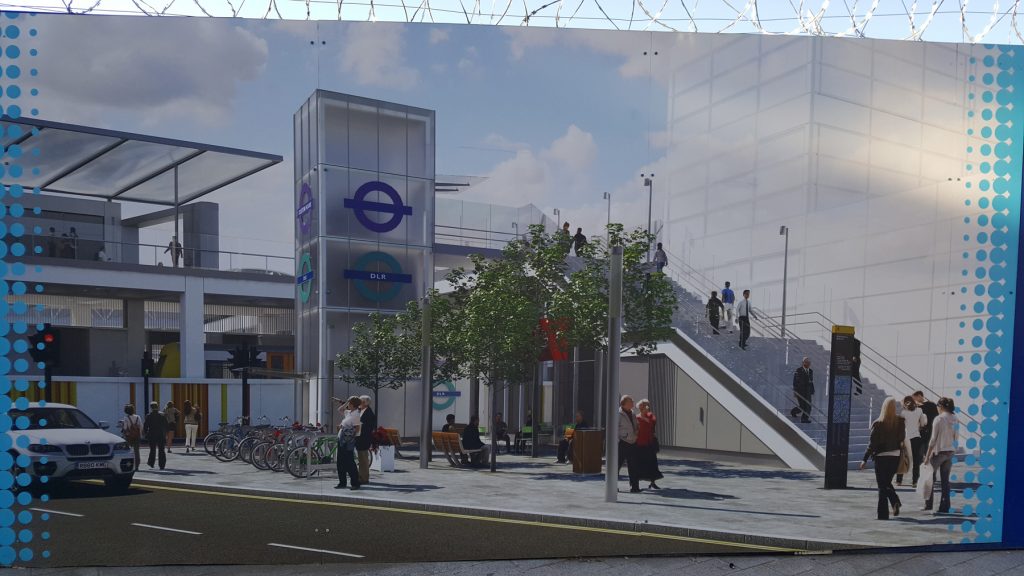 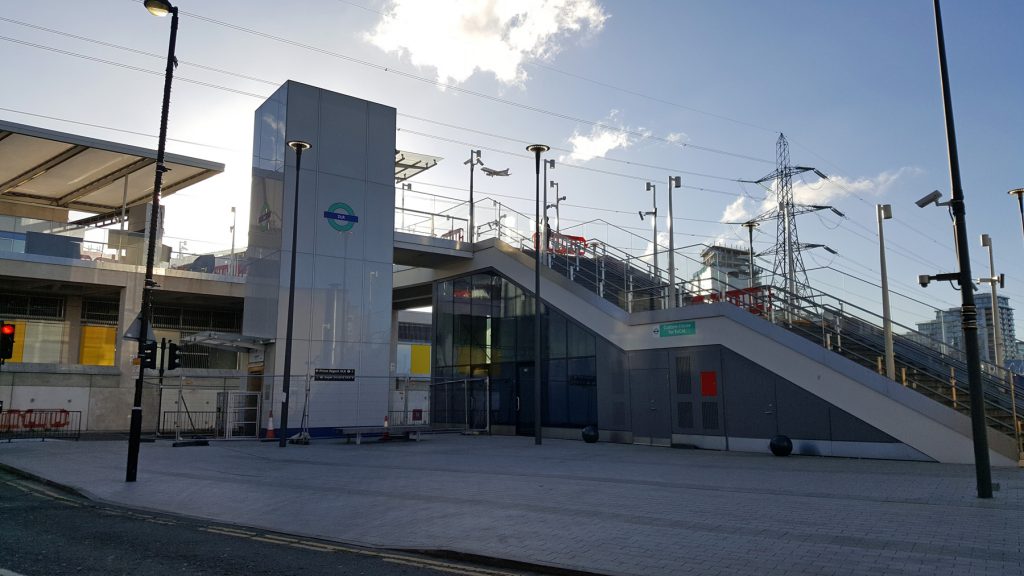 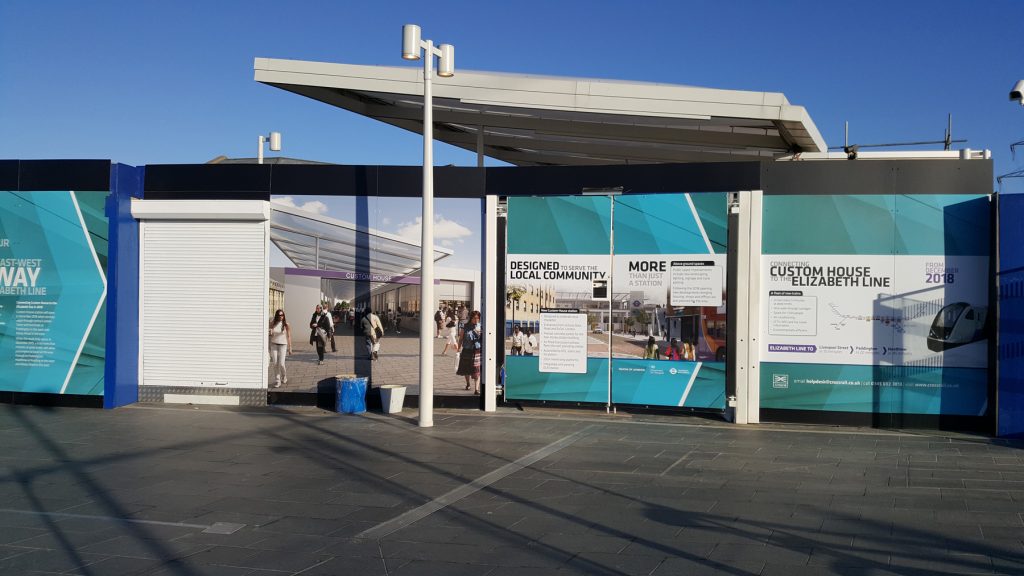 Future entrance to the new platforms 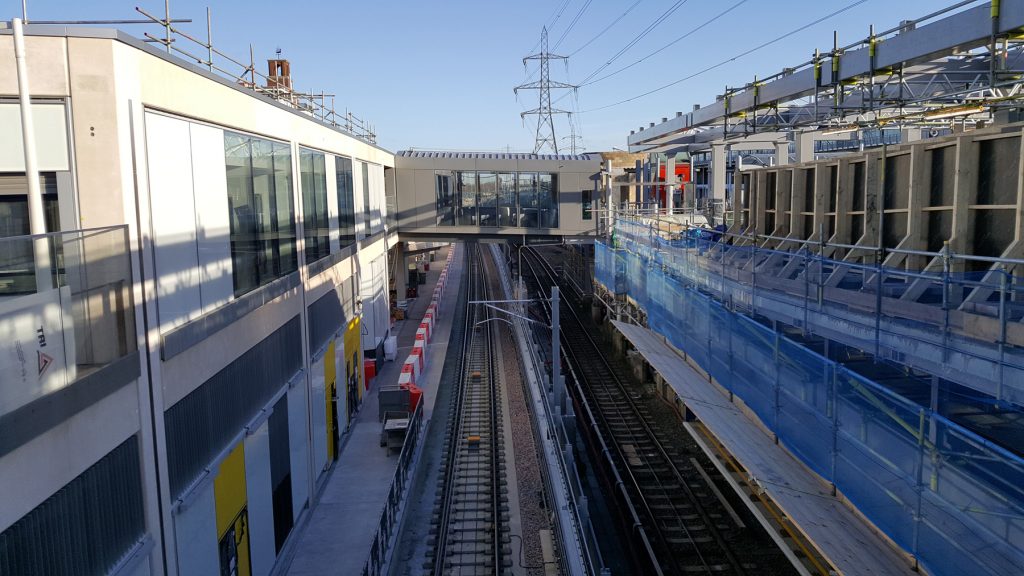 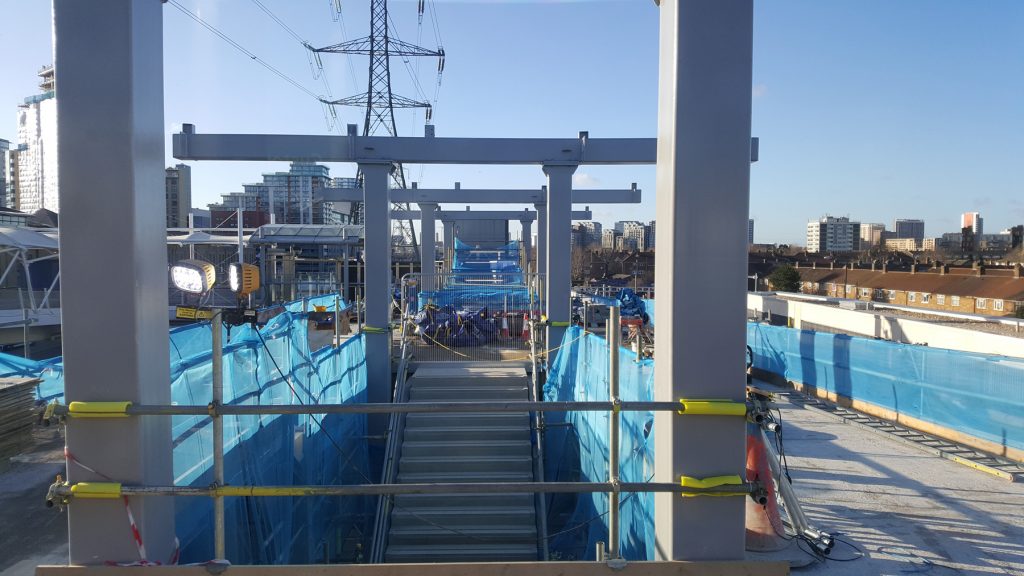 Unfinished stairs to the Elizabeth line 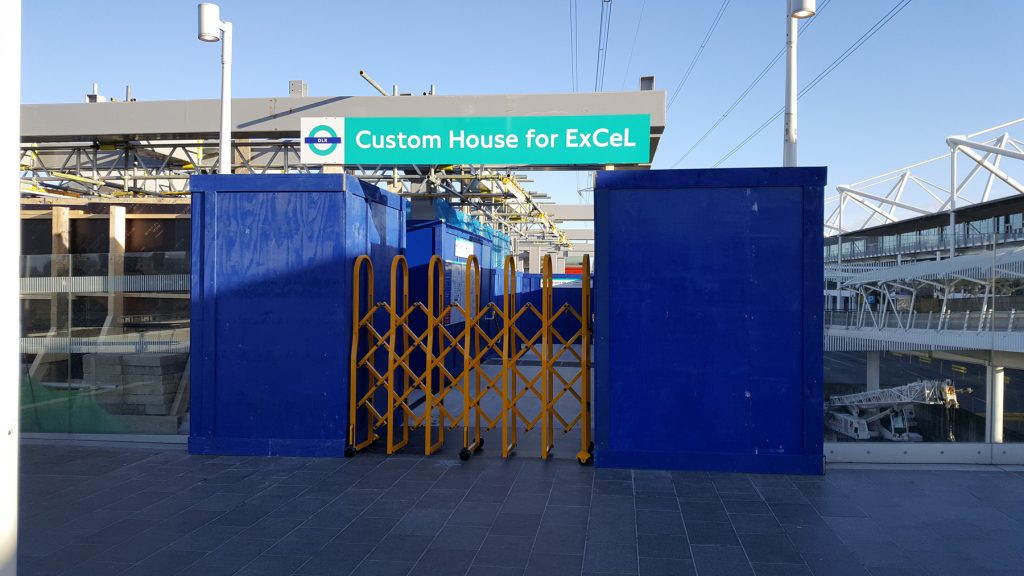 Not opened yet — were open an hour later 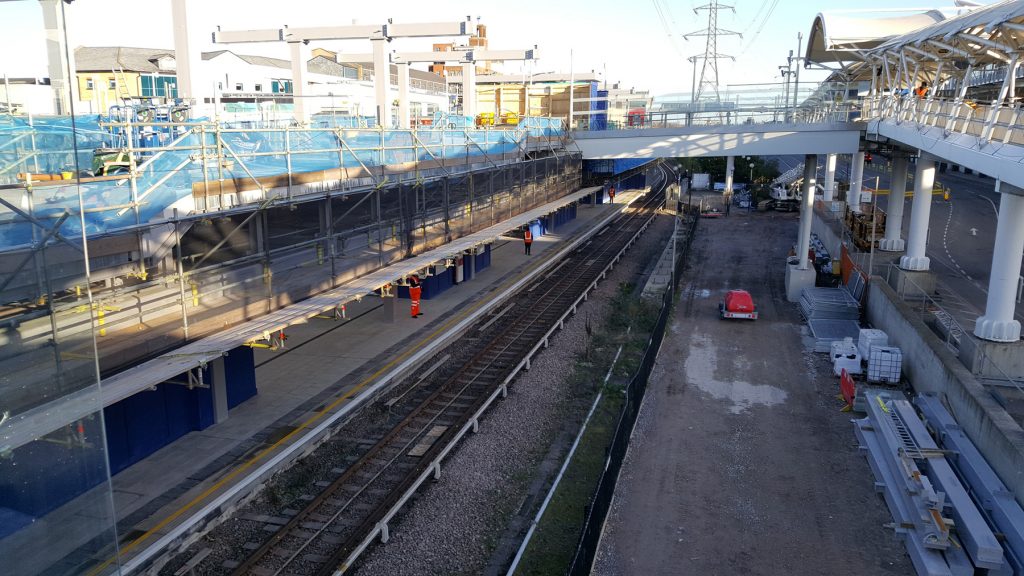 The DLR platforms from the footbridge 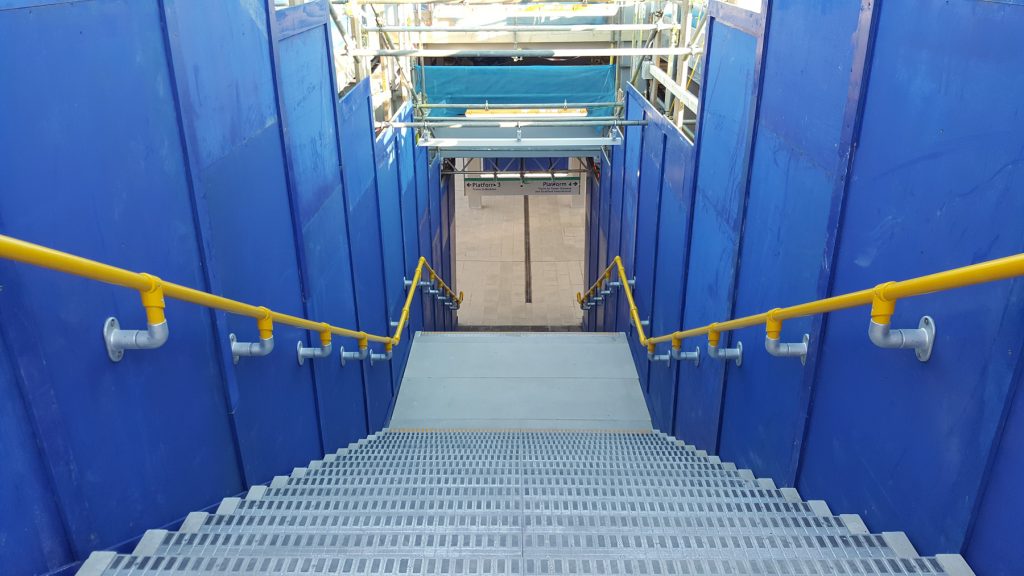 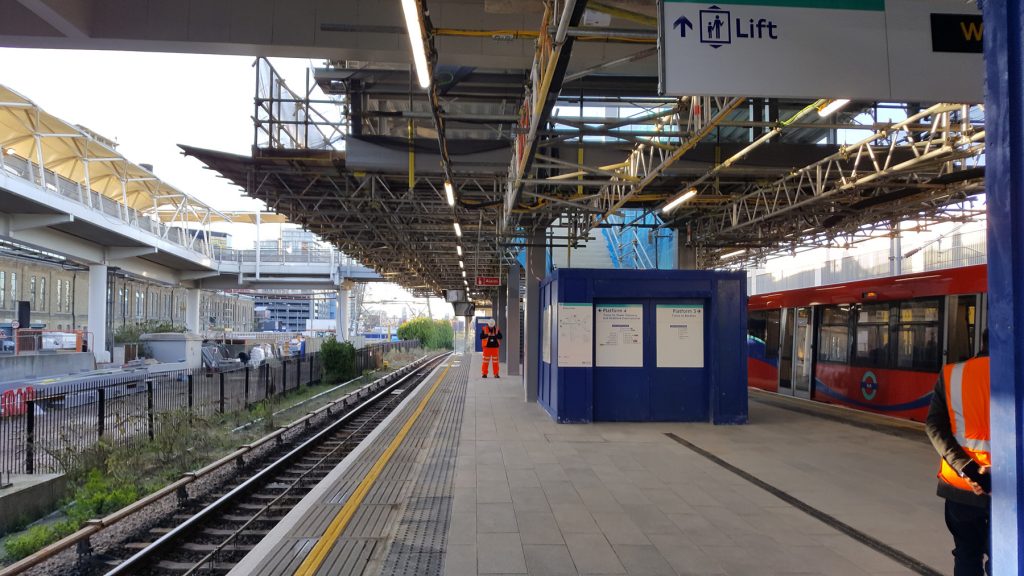 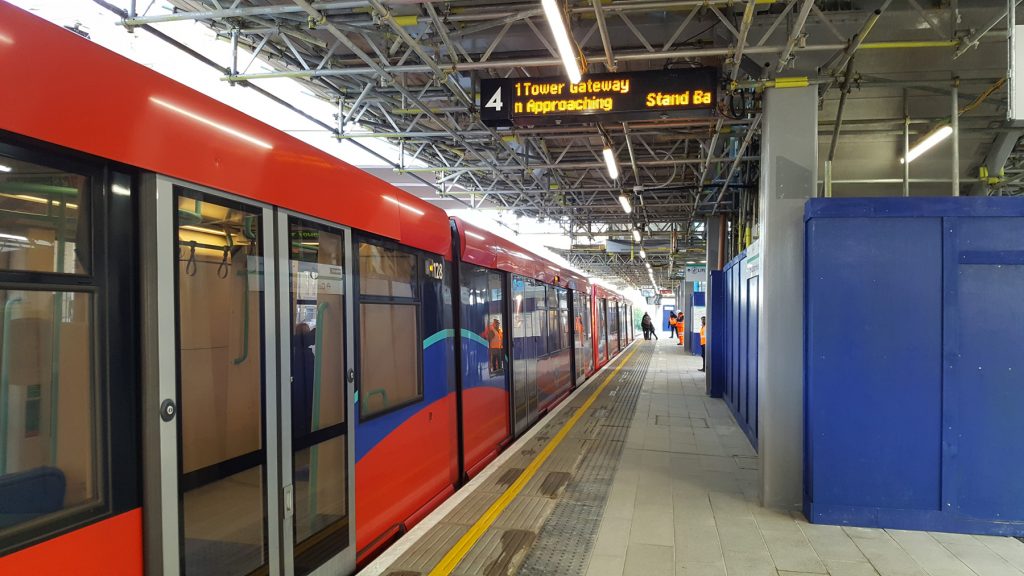 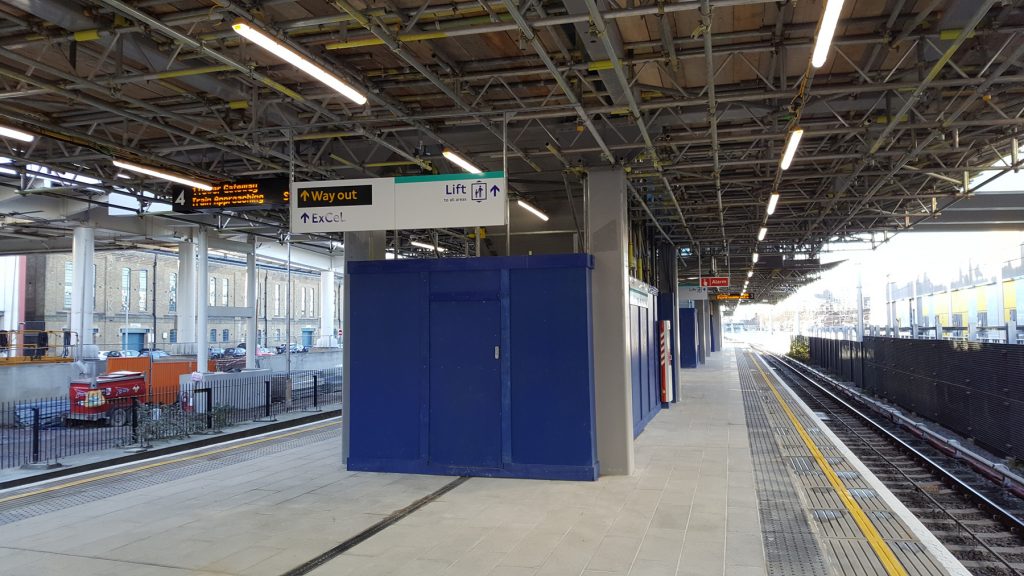 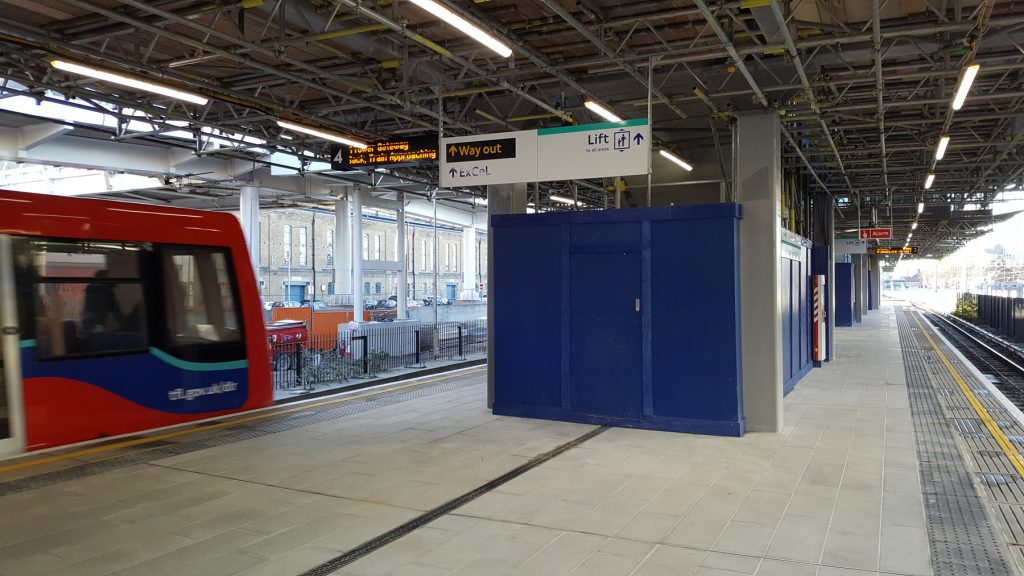 The paving on the floor is new 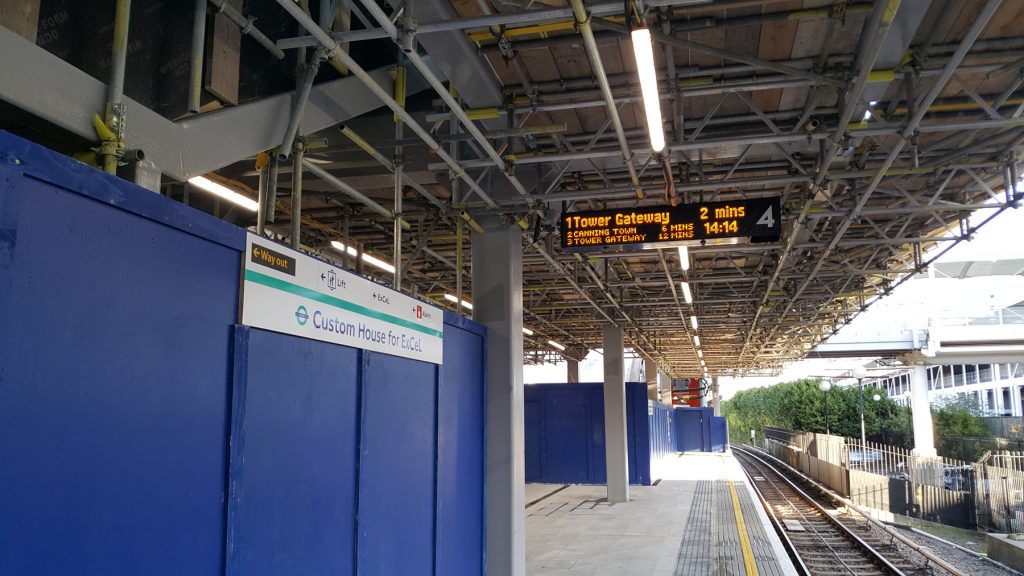 Temporary station signs on the hoardings. 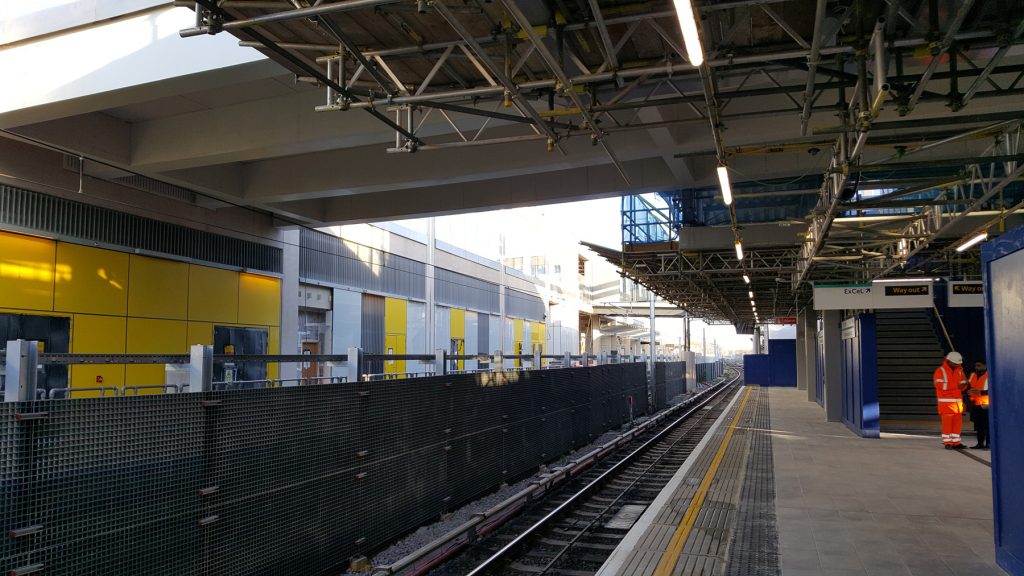 DLR and Elizabeth line next to each other