Several million tonnes of soil dug from under London by Crossrail have been used to build a new sea wall around an island in the Thames Estuary. Over the weekend, the wall was breached and saltwater flooded the farmland.

This was in fact, deliberate, and designed, for the island is part of the Wallasea Island Wild Coast project which aims to transform 670 hectares of farmland back into the coastal marshland it once was some 400 years ago. 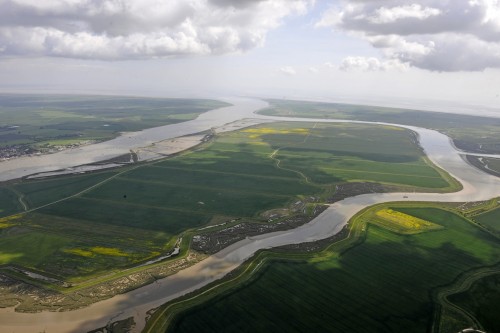 Aerial view of Wallasea Island in 2011

Back when Crossrail was young, they knew they needed to find somewhere accommodating to take all the soil they would dig up. Usually for projects of this sort, large amounts of landscaping or dumping in old surface mines are considered.

In the past, for example, soil from the Piccadilly line provided a huge earth embankment for the early Chelsea football ground seating areas.

However, for Crossrail, it just so happens that not far from London is an island seeking tonnes of unwanted soil — so a collaboration was set up.

Over three million tonnes of excavated material has been used to raise part of the island by an average of 1.5m, creating lagoons and other wildlife-friendly features and protecting these areas with new sea-walls. This weekend, the first phase of the project was completed when the new sea walls of ‘Cell 1’ were successfully breached to allow for tidal flow into the marshland. 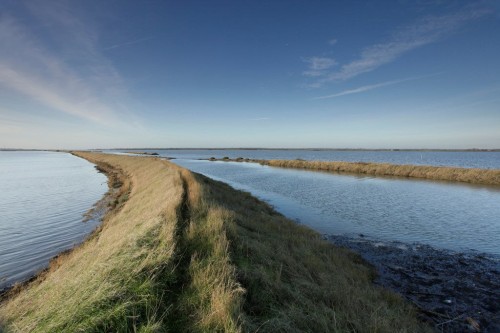 Wetland restoration began on Wallasea in 2006 when sea walls were breached on the northern edge of the island. By 2025, the RSPB’s Wallasea Island Wild Coast Project plans to have created 148 hectares of mudflats, 192 hectares of saltmarsh, and 76 acres of shallow saline lagoons. Around eight miles of coastal walks and cycle routes will allow people to get closer to the island’s wildlife.

Martin Harper is the RSPB’s Conservation Director. He said: “By moving spoil from central London to a part of the coast below sea level and vulnerable to flooding, the partnership is allowing the completion of a major transport project which will boost the economy, while providing an area that will become an area of international importance for wildlife.”

The RSPB hopes that species such as the avocet, redshank and lapwing will return in significant numbers along with large flocks of brent geese, dunlin, wigeon and curlew in winter. Plants such as samphire, sea lavender and sea aster are expected to thrive.

98 per cent of Crossrail’s excavated material from deep below the capital from Crossrail’s tunnels, stations and shafts has been recycled or re-used, with almost half being shipped to Wallasea Island. At its peak six ships arrived at Wallasea each day, unloading 8,000 tonnes of material. 2,400 shiploads of material were delivered in total, removing over 150,000 lorries from the roads.

The RSPB will require more than 10 million tonnes of excavated material to create the reserve.

They are currently seeking partners to provide the remaining seven million tonnes, should you know anyone planning, oh I dunno, maybe a second Crossrail tunnel? 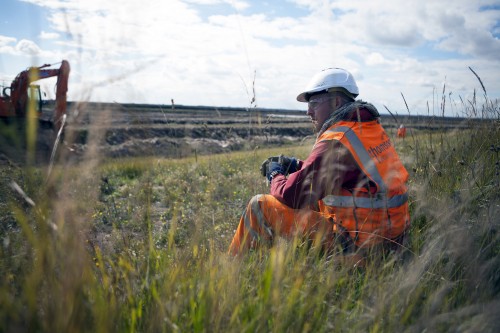 Not your usual Crossrail building site.