Crossrail in a pickle with London Astoria discovery

A hidden vault under the old Astoria nightclub has been unearthed by Crossrail builders and it has revealed an unexpected history of one of Britain’s first condiment suppliers.

At a time when city centre industry was commonplace, pickles, jams and ketchup once flowed into jars bottled in Soho by the Crosse & Blackwell company.

At the height of its operations in the area, the company owned a massive warehouse on Charing Cross Road, which later became the Astoria nightclub.

The building was torn down as part of the TCR tube station upgrades for Crossrail and London Underground, and during the works, MOLA archaeologists discovered the vault, packed full of 19th and 20th century pickle pots, jam jars and essence bottles. 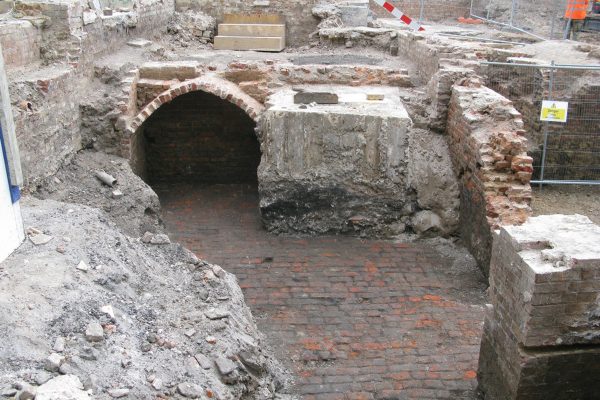 The finds include glass bottles for Mushroom Catsup (today we call it ketchup), ceramic bung jars for mustard and Piccalilli, and painted white jars for Preserved Ginger.

The finds are giving researchers a rare insight into the history of British food manufacture and development and offer a glimpse into the birth and development of products that still sit within kitchen cupboards today.

(although probably not the mushroom flavoured ketchup) 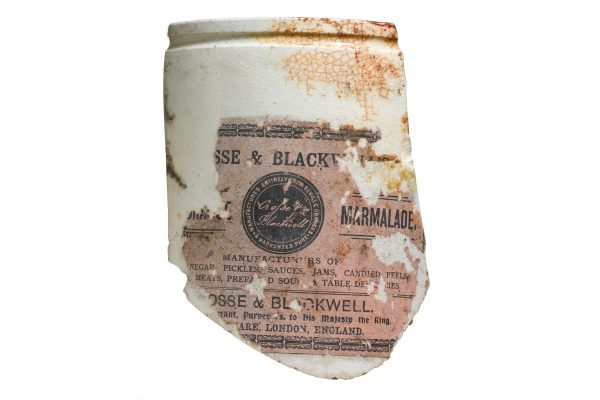 Crosse & Blackwell was in fact one of the first companies to industrialise the production of jam, and hence lower its cost for city dwellers who wanted what had been generally a home made product until then.

Nigel Jeffries, MOLA’s Medieval and Later Pottery Specialist and author of a book about the discovery commented that: “Excavations on Crosse & Blackwell’s Soho factory produced a large and diverse collection of pottery and glass related to their products, with one cistern alone containing nearly three tonnes of Newcastle made marmalade jars with stoneware bottles and jars. We think this is the biggest collection of pottery ever discovered in a single feature from an archaeological site in London.”

Crosse & Blackwell started off as a joint venture by two friends, and by 1840, they had opened a shop and bottling plant in Soho Square. Within 4 years they had three buildings fronting Soho Square, and a large bottling plant behind, and later, the warehouse building fronting onto Charing Cross Road.

That warehouse later became the Astoria nightclub – maybe the legacy of all that jam explains why the floors always felt a bit… sticky. 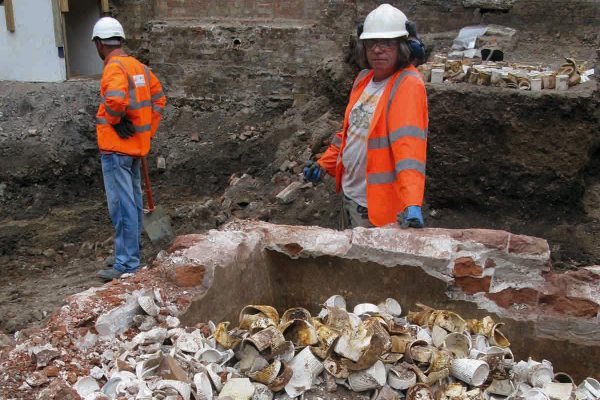 They were also one of the first companies to receive a Royal Warrant from the newly crowned Queen Victoria in 1837 and also one of the first brands to use celebrity chefs and authors for the endorsement and development of their products and employed Alexis Soyer, Charles Francatelli and Signor Quallioti, chef to Napoleon, who introduced Crosse & Blackwell’s Piccalilli to the market.

Crosse & Blackwell manufactured, bottled and packaged their products on this site until 1921, which according to one Daily Graphic journalist led to “a very distinctive pungency to the surrounding atmosphere” and more directly, a “suffocating effluvium” according to the local Medical Officer for Health at the time. 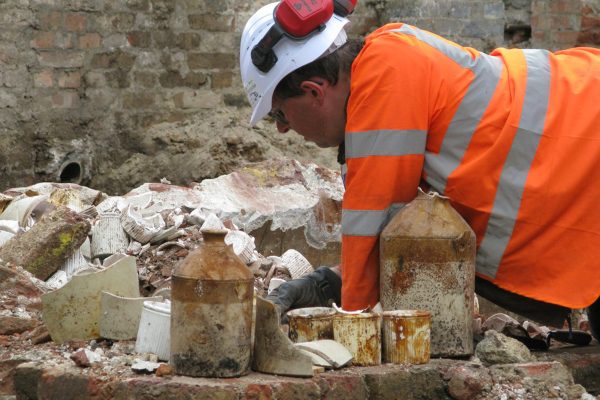 In 1924, one of the Soho buildings was demolished and turned into a new head office for the firm, although it was vacated later and occupied by the legendary GPO Film Unit, and today, by a theatre tickets agency.

Underneath the site of the former bottling plant, around 13,000 finds were recovered from a cistern, a number of these were whole ceramics and pieces of glassware. They were used as landfill and therefore were protected and well preserved. Crosse & Blackwell had the Victorian entrepreneurial spirit and therefore the cistern was installed as part of the ongoing development and remodelling of the many buildings that they acquired around Soho Square to facilitate growth and development.

Since Crossrail began construction in 2009, more than 200 archaeologists have unearthed over 10,000 objects from 40 locations, spanning 55 million years. The findings of the archaeology programme – the biggest ever undertaken in the UK – are now being published in a series of 10 books.

The Elizabeth Line opens in December 2019.