Each of the main stations for the future Elizabeth line will have their own monumental art installations, and a display has opened showing some of them off to the public.

The major art for the Elizabeth line is not funded from the original Crossrail Act, so an Art Foundation was set up to fund and commission the artworks. The Crossrail Art Foundation is raising funds from corporate funders, with each contribution being match-funded by the City of London Corporation.

The exhibition is open daily (closed on Mon) until 6th May at the Whitechapel Gallery.

The display features a taxonomy of clouds sketched in pastel by Spencer Finch, an artist celebrated for installations, films and colour wheels inspired by natural phenomena. Digitally printed onto glass his cloud studies will make up a vast glazed canopy for Paddington station. 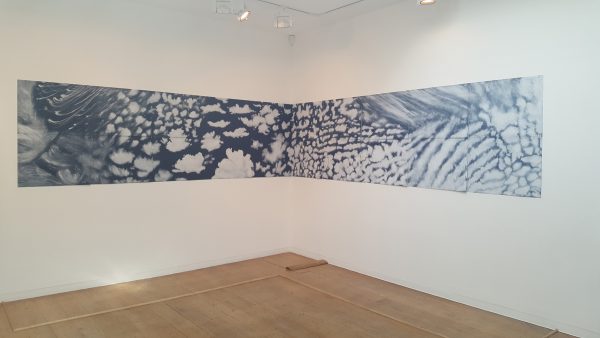 Darren Almond makes photographs and texts about geological, botanical and human time. His bronze and aluminium boiler plated texts for the ticket hall and escalator areas at Bond Street evoke historic locomotives and expeditions. A selection of drawings and architectural plans are shown here. 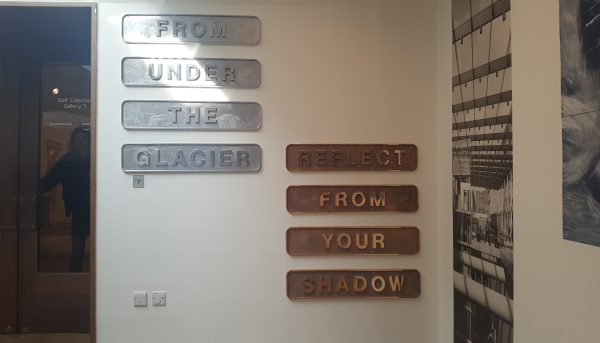 This gallery also includes neon signs by Douglas Gordon an artist who samples film and language to explore the comedy and tragedy of being. His work for Tottenham Court Road’s western ticket hall at Dean Street is inspired by the 1960s nightlife of its Soho neighbourhood.

Rising over the escalators of the eastern ticket hall at Tottenham Court Road will be a delicate spatial tracery of intricate gold leaf motifs painted by Richard Wright whose work echoes the geometric and baroque patterns that have ornamented architectural monuments over centuries. 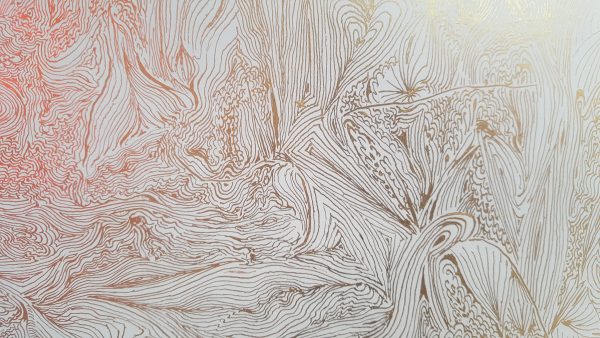 Simon Periton makes lacy paper and metal cut outs that look botanical yet are tangled with signs of the sinister and the subversive. Hatton Garden’s diamond quarter and the elaborate Victorian metalwork of Smithfield’s meat market inspire his artworks for both ticket halls at Farringdon station. 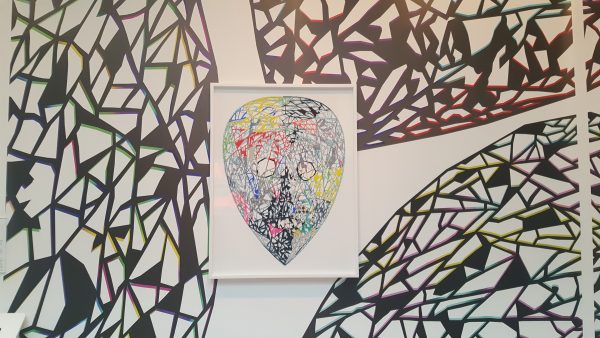