Should you be in Coventry, or visiting the Electric Railway Museum, why not take a closer look at the aircraft tails that can be seen peeking over the hedges?

This is the Midland Air Museum, and it’s marking its 50th anniversary this year.

Of Coventry’s three (soon to be two) transport themed museums, this is the also only one that charges an entry fee, of £7, but that is good value for a surprisingly detailed museum.

I would also suggest picking up the guidebook as well, as you might need it later on.

There are three zones to the museum, starting with the Frank Whittle rooms, dedicated to the man, and the jet engine he invented. Along with a very cheesy war propaganda film with him talking about how to apply for a patent on his invention.

It’s a space packed full of details, and can easily absorb an hour of an ardent enthusiasts time. 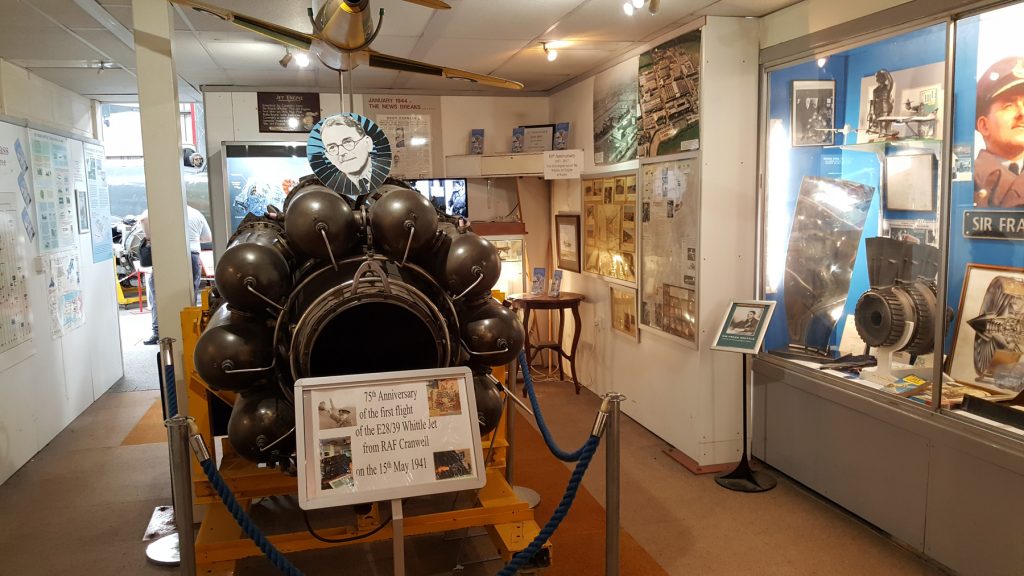 But though the door, and into a hanger space with a light air of clutter about it, with a few smaller planes and lots of bits of engines, or in places, entire engines dotted around. No overly pretensions of curating the clutter, which makes for a more pleasurable room to wander around. 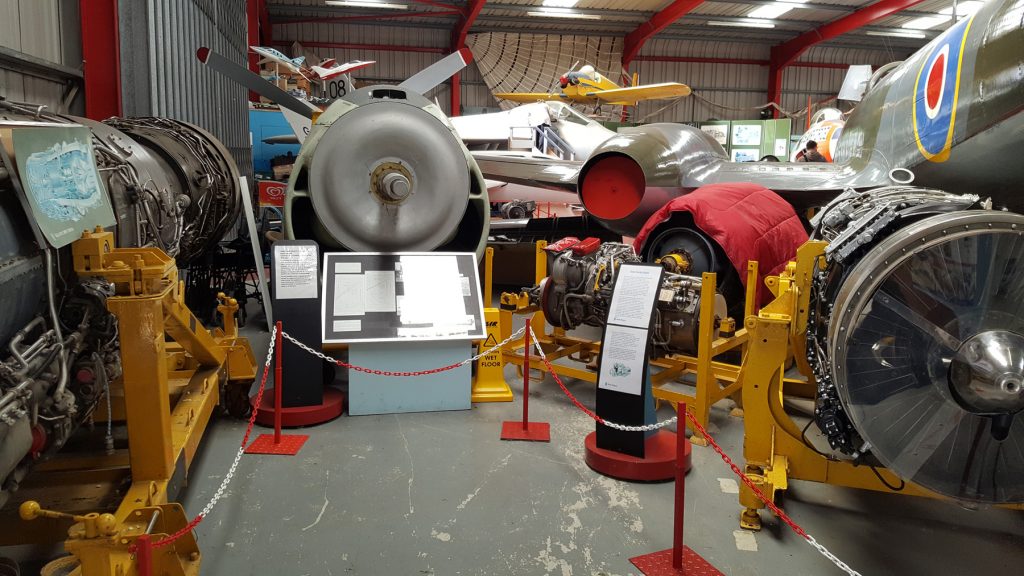 It’s outside though that the main attractions can be found, in a field filled with aircraft. 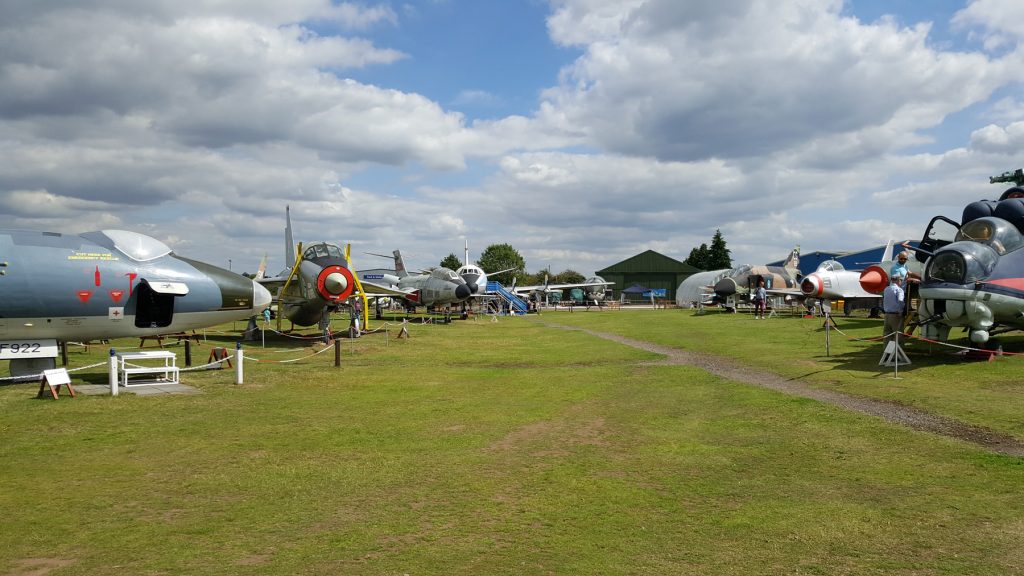 Mostly military, but some civilian, and in one end a massive (for its time) cargo plane with a swing-open front nose (which contains the staff toilets).

Obviously, I found the plane with a painting of a steam locomotive on the side.

The display cards are a bit terse, and the guide book is a useful way of finding out more about planes that catch your attention.

It’s around here though that the real prize of the museum can be found — a massive Vulcan bomber, along with a hopefully unloaded, nuclear bomb.

In part thanks to their size, I’ve noticed that the few museums to have a Vulcan bomber do tend to put them in corners, which tends to make their vast futuristic delta shaped design rather harder to appreciate.

They are astonishing machines, and while the one here didn’t participate in that famous raid, their fame was secured during the Falklands war.

What makes this Vulcan bomber more special though is that for a small extra donation, you can climb up into the cockpit and see what life was like for aircrew who sometimes spent nearly 20 hours flying the plane on long distance trips. 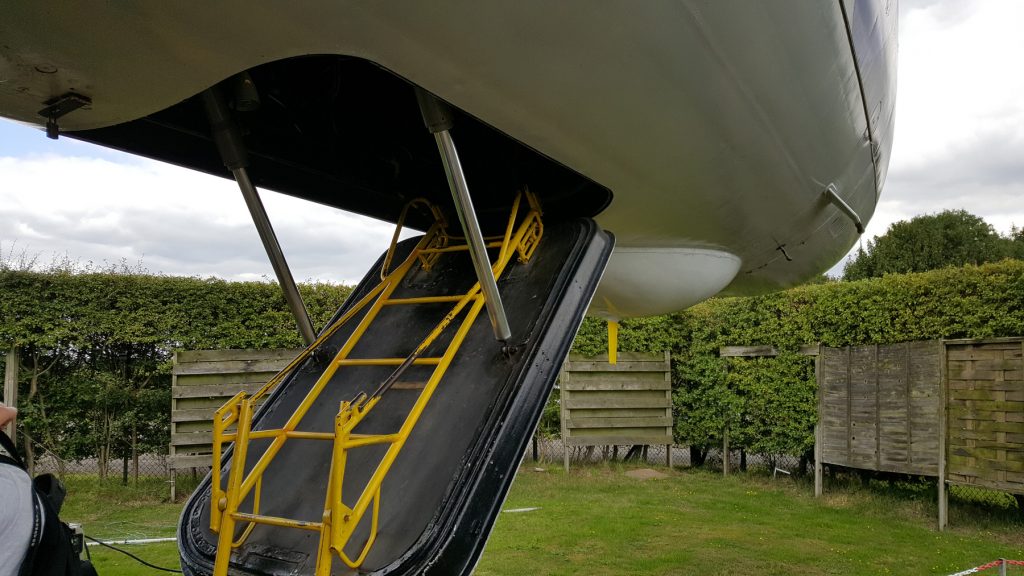 Five people could fit in a space not much larger than a London taxi cab, and this tiny cramped space was all that they had, the rest of the plane being dedicated to its war function — and to say its utilitarian is to put it mildly. Aircrews will have gained a very intimate closeness with each other on flights like this.

Just in case it was needed, two mechanics could also squeeze into corners, as the mechanics of the plane were so secret at the time that aircraft maintenance couldn’t be carried out by most of the military airport staff.

Protected under a metal panel is the switch that was never used — to drop the nuclear bomb. 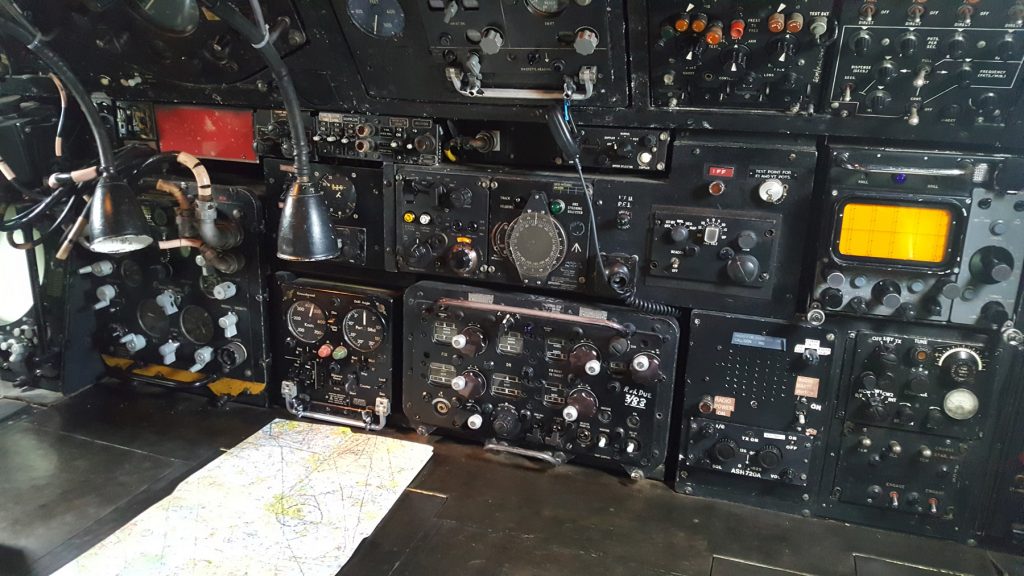 Above us, would have sat the two pilots. No one goes up there, as you have to be thin and fit to squeeze into the space, and they worry that these days the average Brit is neither of those, and might not get back out again.

As only two people can go in at a time, the guidebook is a useful distraction while waiting, and my visit was accompanied by an evident fan, wearing a Vulcan bomber t-shirt and grinning like a child on Christmas morning.

Was it worth the wait a father and impatient child asked as we left. Oh yes! 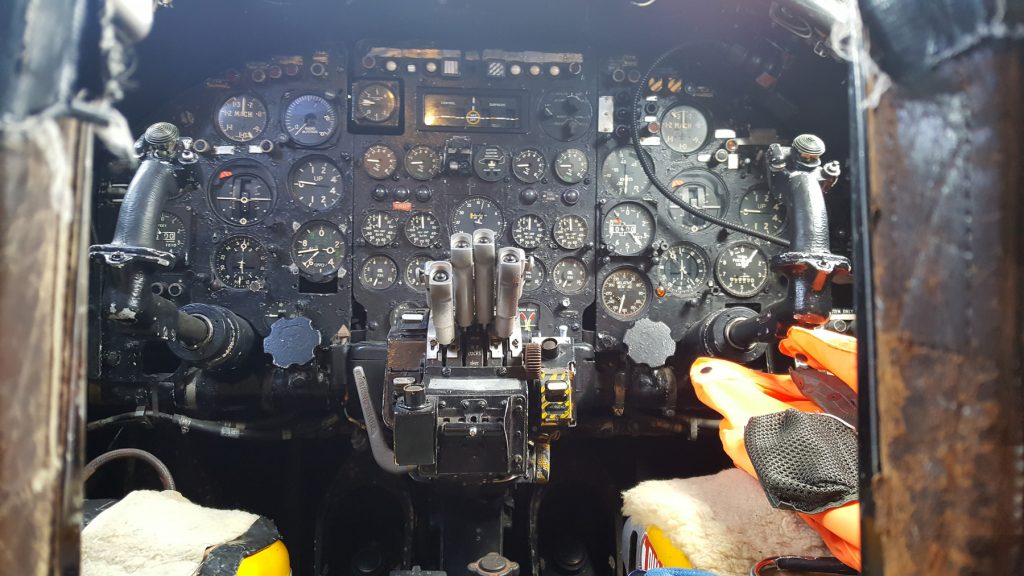 The rest of the museum is back in the shed, and upstairs is a sizeable collection of random aircraft collectables, but also a staggeringly large collection of models. 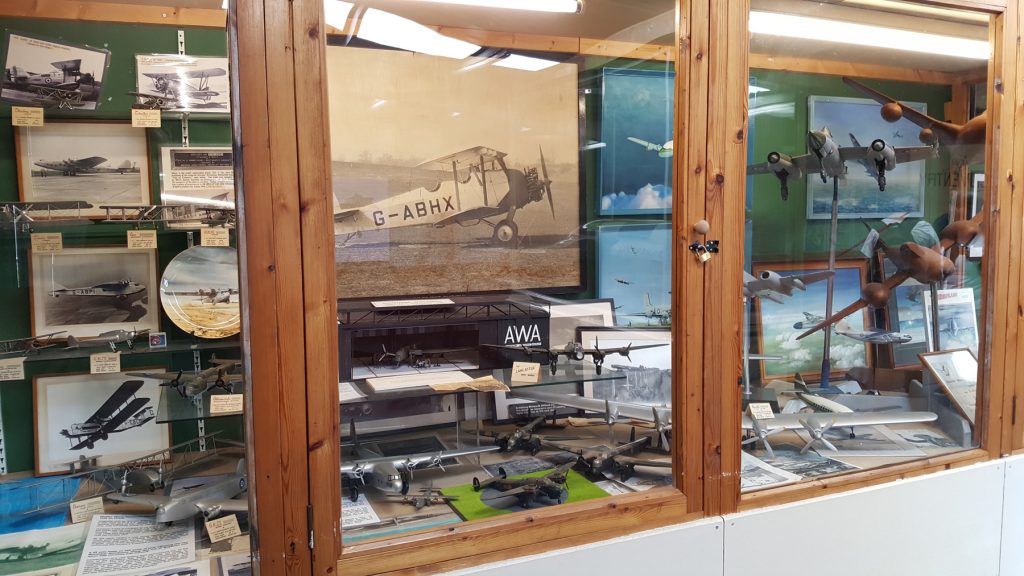 There’s almost too much to take in on one visit, but do look out for a bit of London heritage here, the model of London’s first international airport, in Croydon. 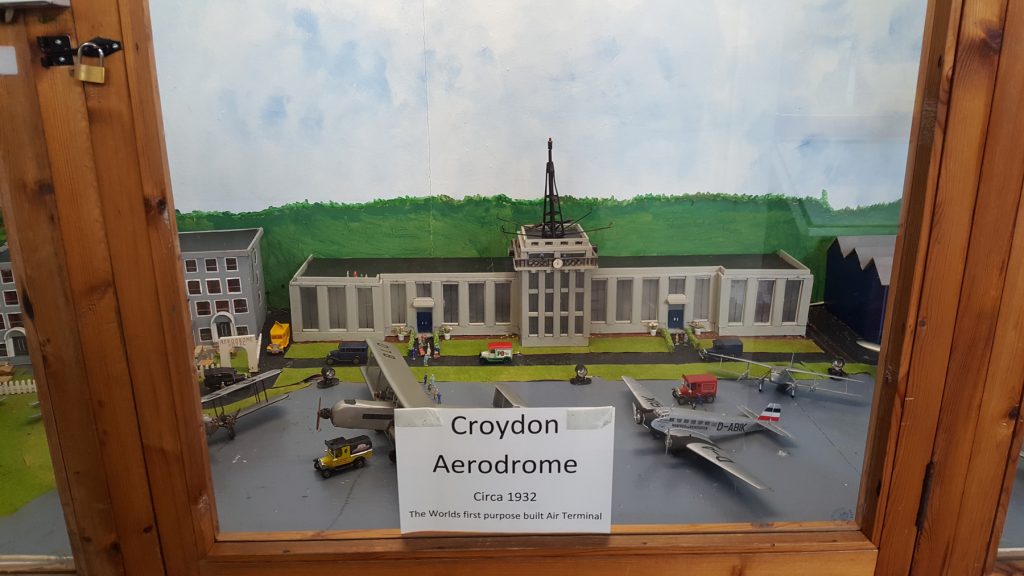 The Midland Air Museum is open most days, and entry is £7.