Published 6 May 2018 by Architecture 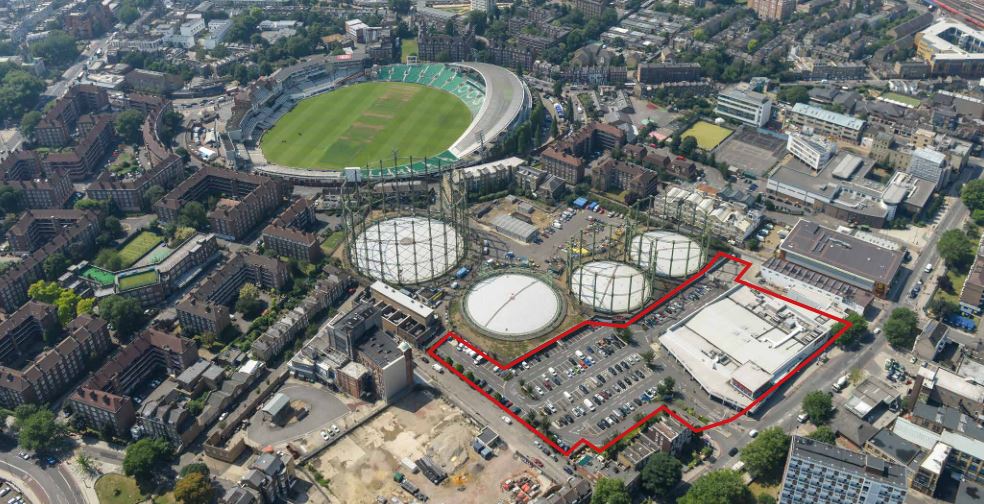 As Tesco themselves admit, with the changes in shopping habits, particularly in urban areas, large supermarkets with a large quantity of parking provision are no longer fit for purpose. The intention, as part of a wider regeneration which could see the neighbouring gasholders also turned into flats, the site of the Tesco store will be redeveloped to replace the car park with flats, and put more flats on top of a rebuilt superstore.

If approved, the site would see around 500 new homes built (35% being “affordable”), and 23,000 sq feet of additional commercial space — in addition to the supermarket.

Construction would see a smaller temporary supermarket built on the car park, while the old store is demolished and replaced with the replacement and blocks of flats, then the rest of the car park would be redeveloped into flats.

A small car park will be retained for mobility access.

There’s a consultation on the plans taking place this week at The Oval cricket ground: 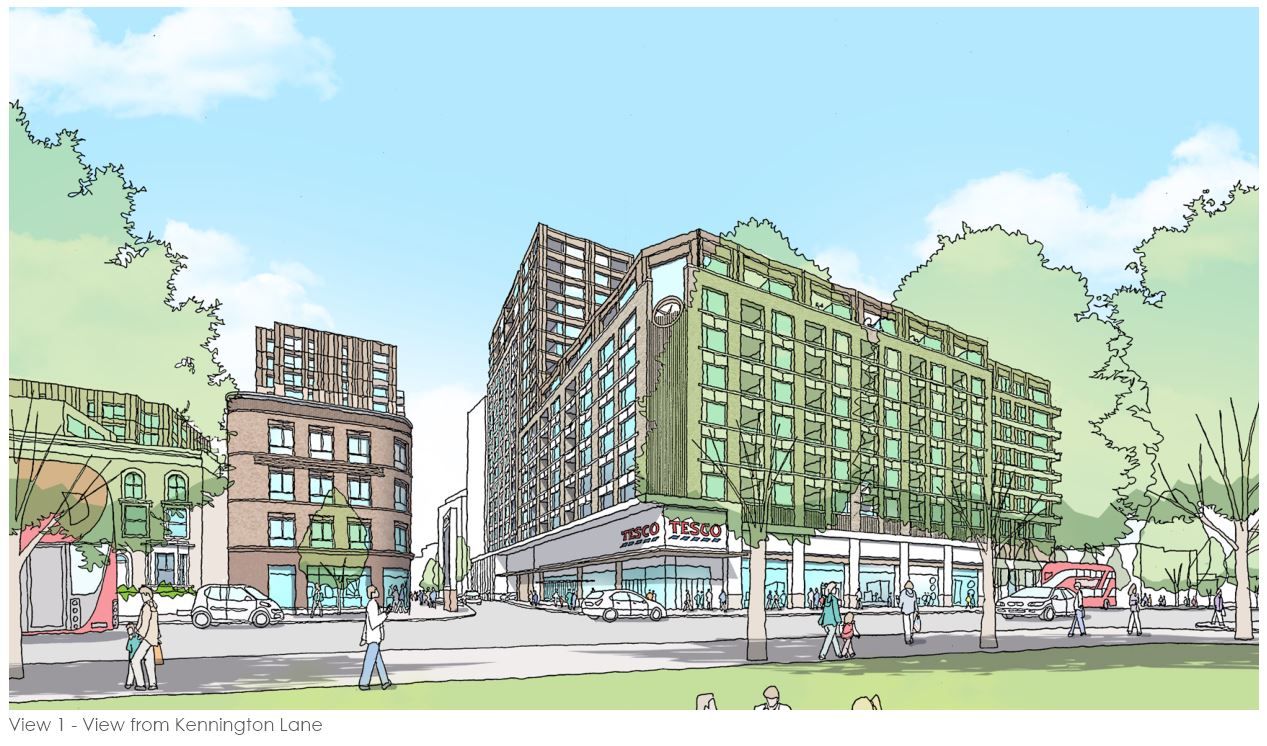 This proposal is also part of the wider redevelopment scheme for the cluster of redundant gasholders that sit beside the cricket ground.

As removing the industrial heritage is these days, fortunately, frowned upon, they are borrowing an idea from the Kings Cross regeneration, and filling one of them with circular blocks of flats. 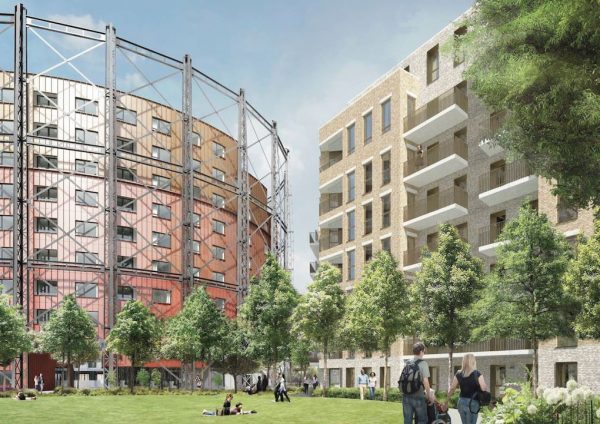 In total 728 homes are expected to be built on the site, including 250 flats built inside the Grade II listed gasholder No.1

Around the site, the remaining gasholders will be removed, although some signature pieces will be retained on-site, and more conventional blocks of flats constructed around them. 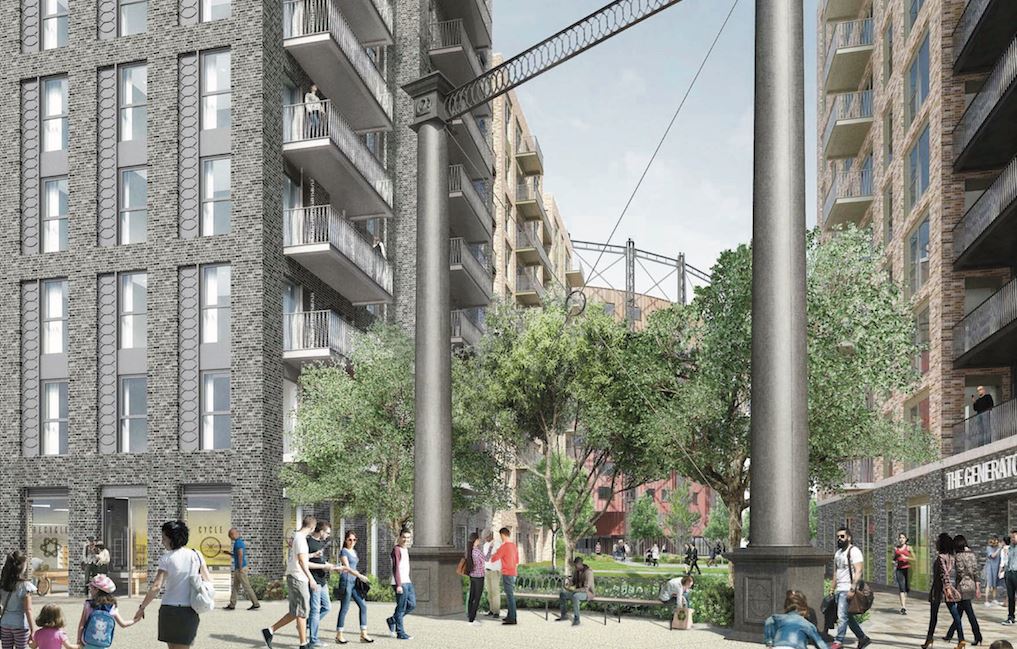 A planning application for that side of the development has been filed with the council.