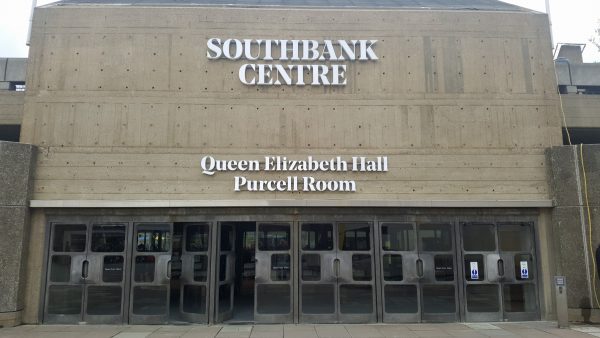 Described as an exhibition, it’s more a selection of artistic moments within the surrounds of the concrete building.

For something with Concrete in its name, the exhibition starts outside the Queen Elizabeth Hall for an all too brief look at some of the exterior that so strongly defines the space.

A guide who spoke in the clipped precise manner of someone used to talking to crowds taking a group of people more inclined to look up and around than necessarily at the potential road traffic. 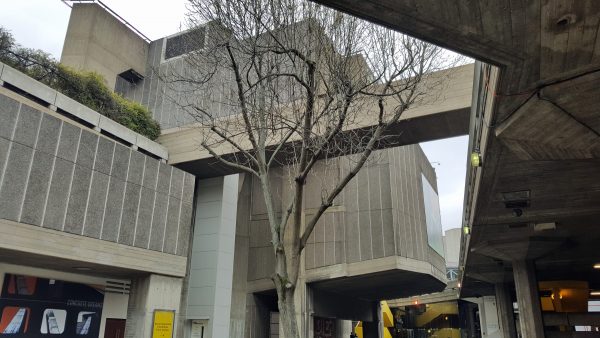 I find myself disagreeing with that, quite fundamentally.

Yes, a building can be much loved thanks to the memories it creates, such as your home, or a shed, or even a nightclub, which when you look at the architecture is often just a box. People bemoan the loss of the Astoria, which was, let’s face it, so disgusting that if you leaned on the wall, you couldn’t be sure if feeling ill the next day was due to a hangover, or the infection you picked up off the sweaty walls.

The memories make the building memorable, not the architecture. Then again, few people love what goes on inside The Gherkin, but it’s one of the most loved buildings in the city.

So the idea that a building can only be loved because of what goes on inside is a bit difficult to swallow.

The Queen Elizabeth Hall is lucky in that it is a very striking building, that also provides great memories. The Daily Mail doesn’t like it. Hardly a surprise. 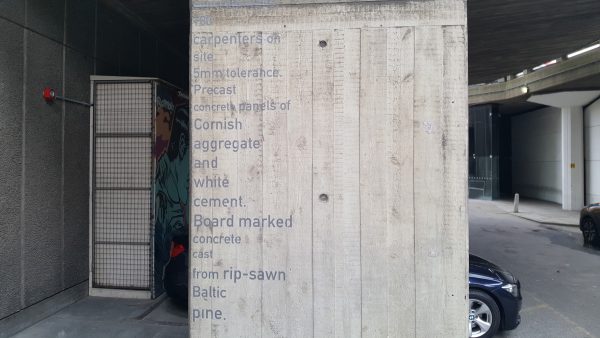 The Concrete Dreams are for an art centre more about the memories then, and a rare chance to go around the back to see how the dreams are made.

It’s also a place where photography is banned inside.

Which means I can’t show you the corridor filled with architects drawings of the building, although to be fair, in a narrow corridor with 19 other people, it’s a struggle to see much anyway.

Up in the massive lifts, which legend has it were built based on the dimensions of a Grand Piano. Up here, the dressing rooms have been turned into a homage to the history of the acts that have performed in the building.

From early poetry to modern artists. Some suitably appropriate furniture to sit on. A number of old telephones to pick up and listen to oral history. A gramophone to change the records on, which we were told had caused some confusion for the touchscreen tapping generation on an early tour.

Whether a young person did struggle or were we were told that to make us older folk in the group feel smugly superior. One couple did comment on some older electronic music and disdainfully derided young people who think they invented it.

If you’re the sort of person who treats ephemera of musical acts as holy relics, then this room will be your heavenly abode.

The finale though is to be allowed to walk onto the stage, and there, two diaphanous screens project a video history of the performances, and slowly as you watch, become aware that this is not just a video, but there’s a live performance going on in the seating area.

You are on stage as audience, and the audience in the seats are the performance.

That surprisingly works. Do take a seat if going in though, this bit lasts a while.

It’s good. Curious and not quite what I had expected. I was rather hoping for more concrete, more architecture, more dreaming about brutalism. But I am not disappointed, it’s quite an experience. 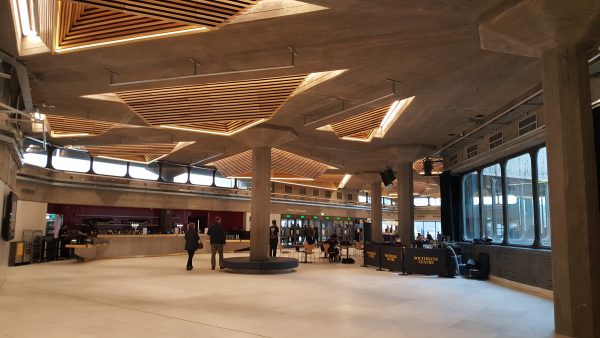 The “exhibition”, Concrete Dreams at the Queen Elizabeth Hall is on daily until 29th April for timed performances. Tickets are free, but have largely sold out, so they are keeping five tickets per show for people to claim on the day by visiting the ticket office in the Hall.