Published 2 May 2016 by Events and Tours

550 steps up, and back down again, and a chance to see a part of St Paul’s Cathedral not usually seen by visitors.

As mentioned the other day, St Paul’s Cathedral is usually closed to paying tourists on Sundays, but for the month of May, they are letting people climb the Dome and take in the astonishing views it offers.

Entry is not through the main entrance, but by a side door, and only a modest queue was waiting to go up — with one couple arguing about whether they wanted to pay or go elsewhere.

The first of the not-seen-usually items is that the side entrance is a full 22 steps below the level of the Cathedral inside, so Sunday climb is ever so slightly longer than usual. Up some stone steps, and within a few moments, you are onto the main spiral staircase, the barrier being marked by the transition from untouched stone to wooden topped steps.

And now for a long, ever so long walk around and around, slowly heading up to the Whispering Gallery. This mighty attraction overlooks the parishioners below, so on Sunday’s the door to that space remains locked, and here is the unexpected treat.

Diverted from the gilt interior down a very narrow corridor, and a chance to walk around the dome in a hidden corridor that runs between the public gallery and the outside wall — a space covered in ancient graffiti, and rarely seen by the public.

Seemingly never ending curved walkway with warnings to mind the head as the dome looms up overhead. 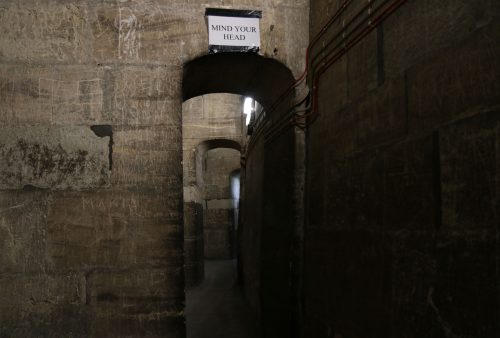 But eventually, you’re at the Stone Gallery, a comfortably wide corridor with high stone walls that runs around the outside, offering views through the gaps at the city below. 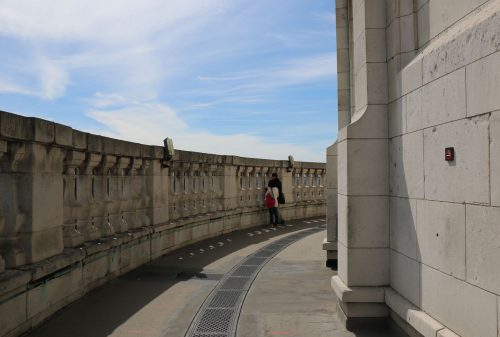 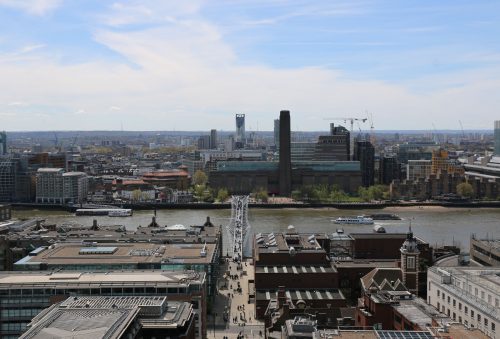 Time to earn your lunch (or maybe, lose it), and head to the very top. And this is vertigo central.

For some people, they will never understand why anyone is scared of heights. Others, a step ladder is too much. I fit firmly into the middle, and while the brain says this is fine, the heart at times jumps alarmingly.

A series of tall Victorian spiral stair cases lead inexorable upwards, and if you look down, a growing void in the space between the inner and outer domes. 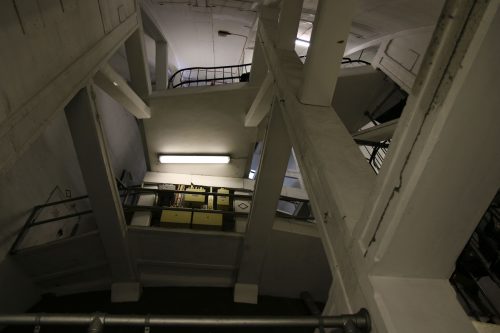 A final squeeze through a tiny staircase — without handrails — and you are standing right on top of the inner  dome, and if you want, you can peer down to the floor below through a small porthole.

Although if you think about it, you’re standing on a thin metal trapdoor that is hundreds of feet above the stony floor below. Maybe don’t linger, or dwell on that thought, for one more final staircase awaits, and the reward for all that effort. 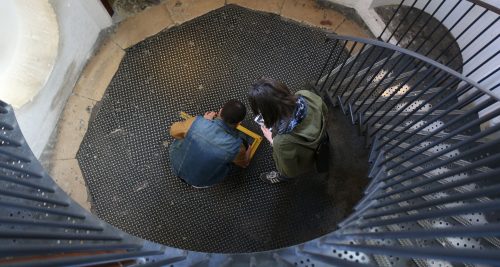 The Golden Gallery is not at all golden, but a very narrow stone walkway around the highest accessible spot on the dome.

Everyone wants a selfie right by the doorway, causing staff to keep asking people to move along, and everyone wants that perfect photo looking down on the main nave of the Cathedral below.

Squeeze past the lingering couples to get around the stone wall for the journey down still has to be undertaken. 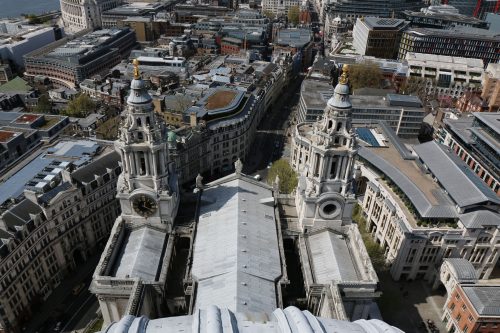 A slightly scary narrow stone staircase down and pass a wooden door with a window in it — hang on, I was on the other side of that 10 minutes ago.

And down another set of Victorian spiral staircases. Narrow winding steps with only one handrail. Everywhere you look, there are locked doorways alluding to more hidden corridors and nooks itching to be investigated.

The steps up had seats to rest, the steps down do not.

Attempts to peer through thick glass to see outside, but on narrow steps too much risk of blocking people behind, and you cant see much through the glass anyway.

Eventually though, you’re back to civilised areas, the original wide spiral staircase that took you to the Whispering Gallery — and now its an easy wander down to the exit again. This time accompanied by the deep bellows of the organ inside the Cathedral as religious life carries on uninterrupted by the tourists, separated by a stone wall. 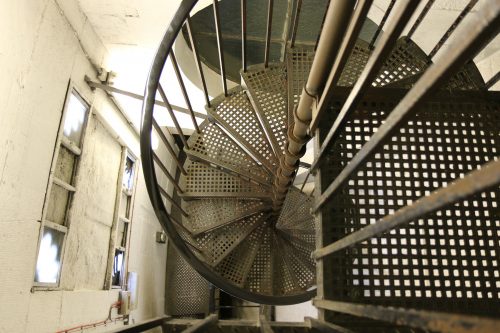 There are in increasing number of places to see London from up high.

Due to the space, the very top of St Paul’s is not for lingering, but for photography, it is the best place in London to get skyline photos without a sheet of glass or protective netting in the way.

However, of all the viewing spots in London, only two offer something extra — a sense of achievement.

Anyone (well, almost anyone) can take a lift to the top of the Shard, or wander onto the London Eye, but it takes effort, and nerves to climb The Monument, or here St Paul’s Cathedral.

Knee shaking at times, and over 1,100 steps up and down, at times scarily narrow stairs that are municipal in nature. Old wiring and utilities never intended to be seen and unpolished corridors offer a sense of seeing the hidden.

The dome was never intended to be something that visitors would climb, the corridors and staircases only to be seen only by stonemasons carrying out their works.

It’s a huge contrast to the clean polished modern viewing platforms designed for visitors being offered by tall buildings and rotating wheels.

And, to my mind, all the better for it.

The Sunday openings take place throughout May, entry is £6. 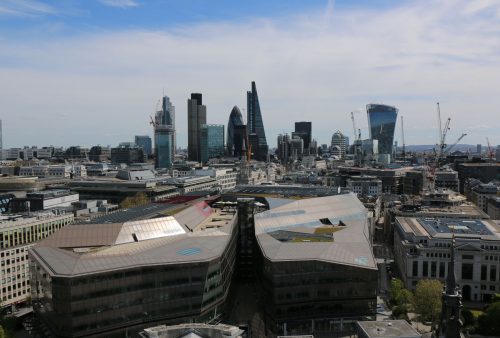