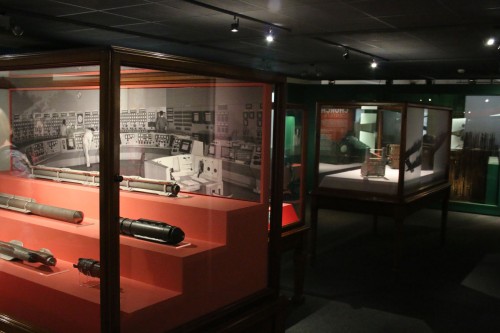 Churchill had an amateur’s fascination with science and combined with the realities of winning a war, there was a period of time when scientists were given moderately free reign to come up with ideas.

It was, as one notice points out, less a time of how much does it cost, than how quickly can it be done? 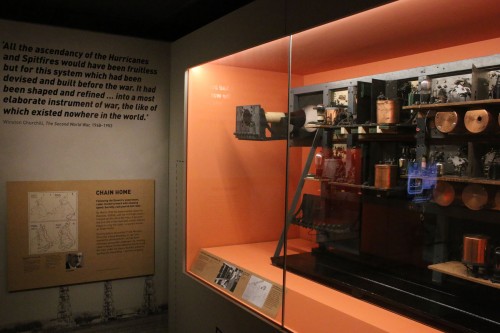 While the British war effort in terms of science is most famous for its computing and wacky bomb design, it was probably the development of Penicillin as a medication that had the greatest effect on people fighting the war.

This was however an era where new electronics were still the size of industrial machines and utterly magnificent in their appearance. Modern electronics are better, but a small plastic box lacks a certain grandeur about its contents. 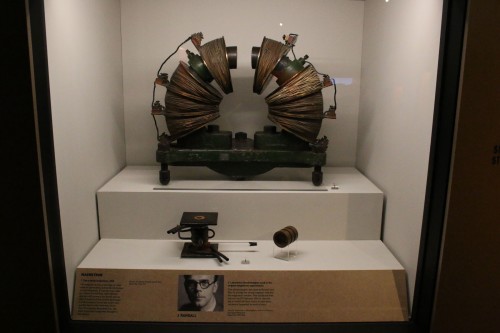 As Churchill was twice Prime Minister, once during the Cold War he was also a key figure in pushing the British atomic programme forward.

While the “glory” goes to the Americans, it was the British who started first, and were also the first to develop a civilian use for nuclear power, albeit as a disguise for the weapons division. 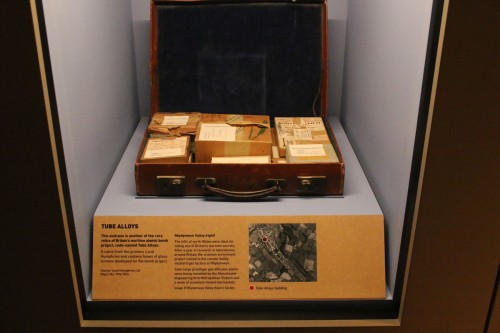 It’s a modest display of nuggets of history as a collection of short stories than an in-depth study, but as a way to show a broad spectrum of historical events, quite satisfying.

But anyone using a handheld smartphone to take a photo should stop to ponder the size of the camera needed to photograph a nuclear explosion. 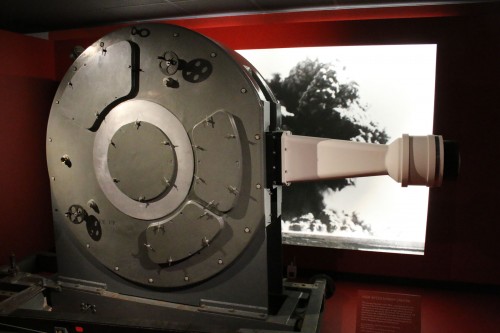 The exhibition, Churchill’s Scientists is free and open until the end of next February. 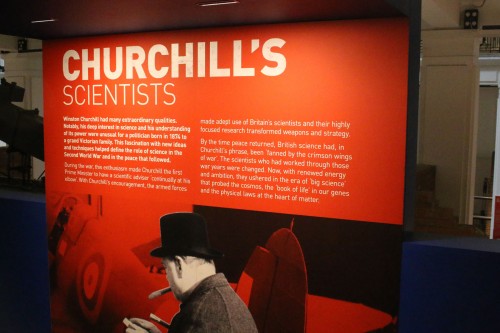