There is a hidden marvel at Peckham Rye train station, and it is open to the public on Saturday – the former waiting room. However, this is no mere station waiting room of the sort we might see today, but a vast space with stunning roof.

Bricked up and forgotten for 40 years, it is now being slowly restored as a future cultural space and has been opened for a few days to show off the plans, and the untouched roof. 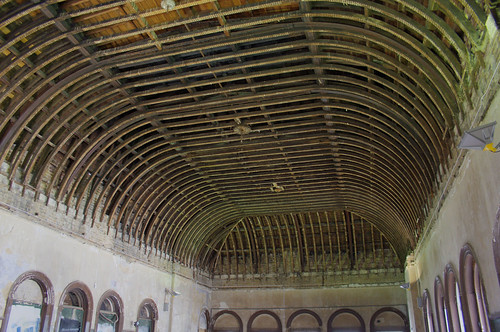 The station building has always sat squashed in between two railway viaducts, but the ornate Victorian frontage has been sadly lost when the plaza in front was covered by a rather dispiriting block of shops. Fortunately, there are plans to demolish them and open up the plaza again to show off the brick frontage of the station.

Looking up at the frontage, it is possible to recognise the lower two floors as the modern ticket hall, but there seems to be a floor above that, with a cast iron balcony in front… that conceals the once forgotten waiting room. 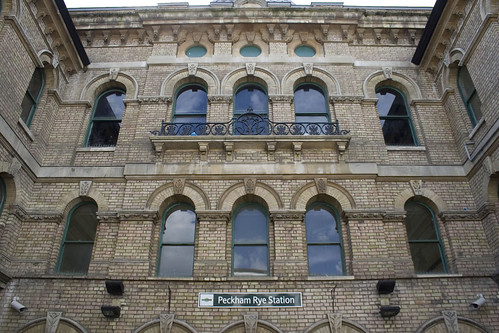 Finding the waiting room was a bit of a task. Arriving by train, I went down to the ticket hall and outside the station, where there are loads of posters advertising the open day – and it turns out you have to go back inside the station and up to Platform 3.

I presume the lack of posters inside the station means that they expect visitors to be locals, not people travelling from a distance.

On platform 3, the mystery of how the waiting room remained hidden for so long is amplified by the lack of any ornate entrance, just a nondescript door in the wall. 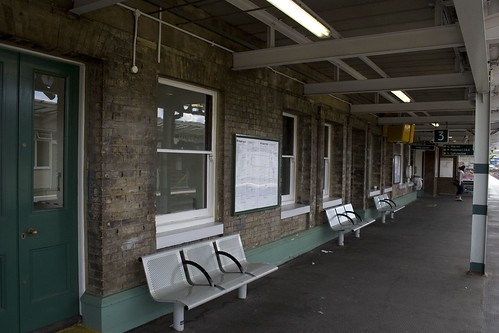 Fortunately, when finally restored a still hidden grand staircase with cast iron balustrades will also be opened up and that will provide an alternative route into the Old Waiting Room, and help avoid the need to have a train ticket.

Although referred to as a waiting room, it was for some time known as a billiard hall, and used by station staff. Then for reasons that seem unclear, it was boarded up about 45 years ago and basically forgotten. In 2009, restoration started, initially making the floors safe and replacing some of the rotted windows.

The restoration of, what they are calling The Old Waiting Room is not an isolated affair though – and during the open days, a large number of display boards explain plans for a wider regeneration of the whole area.

It’s that which talks about the demolition of the ugly concrete shopping arcade and its replacement with some more sympathetic modern buildings that open up the vista to the station. 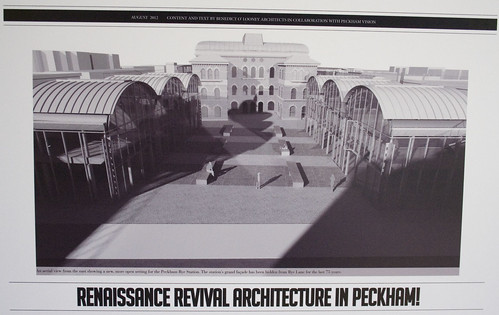 Persons with a good knowledge of Victorian buildings might have a nagging feeling that the station frontage looks familiar. Well, the architect was Charles Henry Driver, who was also responsible for the mighty Abbey Mills and Crossness pumping stations as well as quite a few trains stations in South London.

As befits a space that has been left to rot for several decades, it has a delightful air of dereliction to it, which I would love to see preserved. However, this is a building that needs to pay its way and you really couldn’t leave it as it is. Alas. 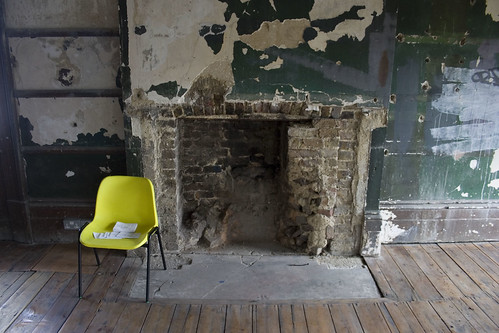 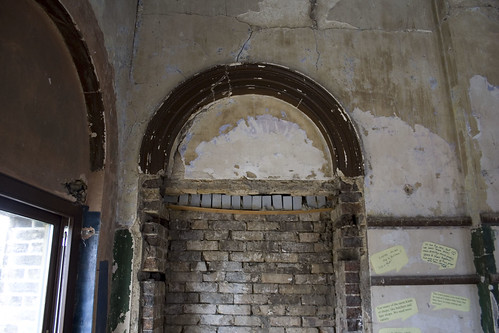 There are some rather interesting station plans on display as well, revealing a host of hidden rooms in the station that are also blocked off and lost to users. These could be part of the restoration, and certainly the old Victorian toilets would be marvellous to restore – assuming the original fittings are still there? 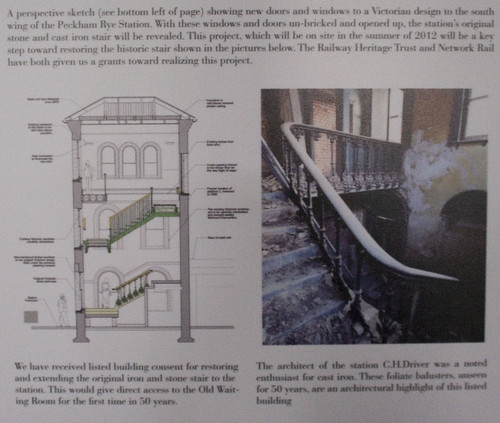 The exhibition is open on Saturday (4th Aug) from 11am to 3pm. Entry to the Old Waiting Room is free, and there is a donation box by the door. As mentioned above, if arriving by train, just go straight to platform 3.