A slightly introspective posting – but as a fairly avid user of Twitter, I have been following the account being managed by the people at the particle physics lab at CERN.

A fairly quiet account, things livened up considerably on Friday as the place started testing the Large Hadron Collider (LHC), and the person behind the CERN twitter account provided a live commentary of the evening’s events.

The excitement of the event could be very clearly felt through the stream of tiny comments that flowed out of Geneva that evening.

However, what was interesting for me to see was how much interest it was generating on Twitter, and at one point the LHC was in the top-10 of most talked about topics on Twitter. Even accepting that the average user of Twitter is reported to be older and more (ahem) intelligent than the average MySpace user, it was still surprising to see a rather obscure aspect of particle physics being of so much interest to so many people.

Or maybe it is just the “big machine” thing?

Also noticeable though was how many people started “following” CERN on Twitter on Friday and Saturday so that they could also follow the live feed of information. They went from 17,400 to 33,000 followers in just two days.

As I have commented in the past about how science on TV is increasingly dumbed down, it was refreshing to see how many people were demonstrating a clear interest in physics, even on a Friday evening.

A note for BBC2’s Horizon – go back to the glory days and start producing decent science programmes again. There is an audience out there!

On a personal note, a few years ago I was able to join a small group for a guided tour of CERN a few years ago and saw the ATLAS detector when it was still in pieces above ground. It was a visit I am unlikely to forget. Below is a picture I took (with icky camera) of one of the huge magnetic rings that run around the detector – and a diagram showing what a tiny component they are within the whole machine. Humbling. 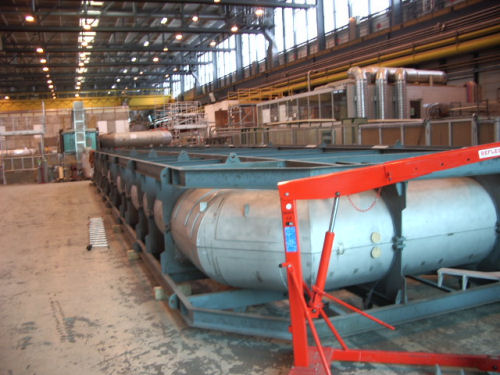 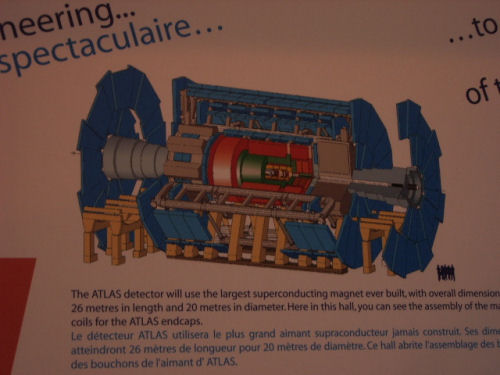 Oh, CERN is also where the origins of what we today call the World Wide Web started, and in their rather good museum is the original document submitted by Tim Berners-Lee, with the famous scribble, “vague, but interesting” from his boss.

Possibly one of the greatest understatements of all time? 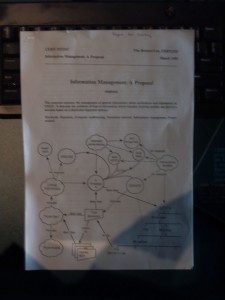