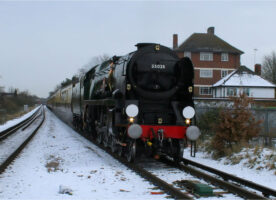 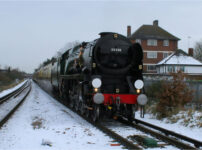 Something that is always worth looking out for if you are in the area – a steam train will be taking a tour around London and Berkshire tomorrow afternoon. Although steam train tours are not hugely unusual now, most London…

This just arrived in the email, and I copy/paste it here for your information as it is the sort of thing I would put in the events guide, but you also need to pre-book tickets first. Incidentally, I am delighted…

A chat with the Top Man at Transport for London

An offer of a whole hour with Peter Hendy, Commissioner of TfL is not something that happens that often, so the offer of a “bloggers briefing” was quite an opportunity. As such, three of London’s scribes found themselves in a…

A couple of weeks ago, a small exhibition opened at the Building Centre with images of how the Crossrail stations are expected to look in 2017 when the railway eventually opens to the public. 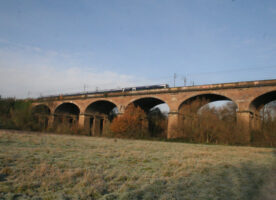 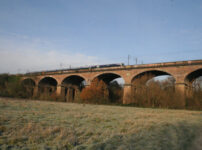 Trains to and from Paddington Station have to traverse a wide, but quite shallow valley near Ealing, and here stands one of Isambard Kingdom Brunel's great constructions - a massive brick viaduct - known as the Wharncliffe Viaduct. 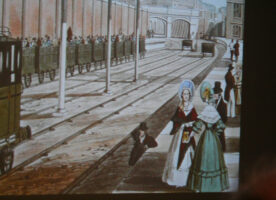 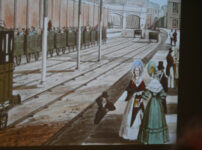 Talk: Stations of the London Metropolis

Tuesday evening found the subterranean lecture hall at the Transport Museum almost filled up as Oliver Green gave an introductory talk about his latest pocket book - and it is actually designed to fit in a pocket - about the mainline terminus stations in London. 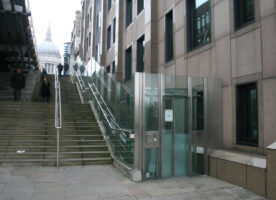 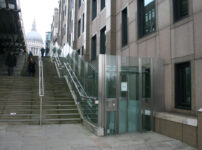 Of all the railways in London, I only recently became aware of a special railway and today took a trip along what is London's only Funicular railway.

Anyone who makes extensive use of the Jubilee Line and DLR in the Canary Wharf area will be well aware that only tourists/visitors would ever try to switch between the Canary Wharf stations on each line, as Herron Quays on… 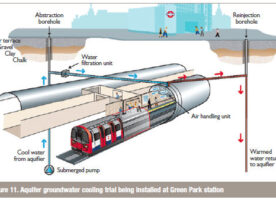 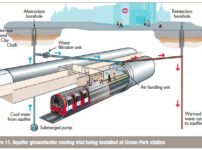 In March 2008, I attended a really quite interesting talk on the technological challenges in cooling the London Underground network, and it has been a topic which – probably understandably – has interested me ever since. A couple of months…

Imagine for a moment if the familiar tube map didn’t have to look the way it does today. How could it look if we sat down and gave it a fundamental rethink? That question is the long running obsession of…

Unexpected – as the poor thing has been rather ill recently – but the lovingly restored 1938 era tube train will be taking trips along the tube network in a couple of weeks time, and you can be on it.…

Changes to the DLR service

Living in the docklands area, I am on the mailing list for issues with the Docklands Light Railway, and have received the following missive. A new service will be in place from 10 July with modifications to some routes and…

There lurks on the London Underground network a tube station that wont appear on any tube map, past, present or indeed future. In use on most days, yet no trains ever call there and no passengers ever use it.

The East London Line – in the style of a Victorian Newspaper 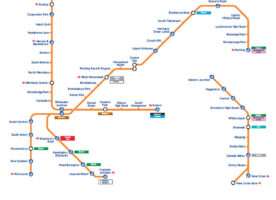 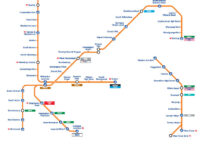 This coming Sunday, the second phase of the East London Line conversion to being part of the London Overground will be completed as trains will cease to stop at New Cross Gate and will instead run down to West Croydon.…

Steam Train in the Snow

Regular readers may be aware that steam trains are semi-regular visitors to London, and if at a weekend, I quite enjoy going to watch them.

Two separate organisations put out two different press releases this morning. They appeared one after the other in my RSS reader – and it was the coincidental juxtaposition of the two headlines that raised a wry smile. I am not…

On Sunday morning, the Circle Line uncurled slightly into a spiral, and to commemorate the death of the circle, a small group decided to take the very last ever train to run right around the whole circle line on the prior Saturday night. 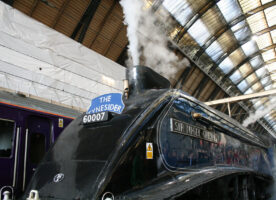 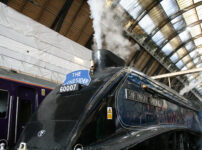 This lunchtime, a visually distinctive steam train charged through North London on a trip down to Kings Cross. The Sir Nigel Gresley is not only visually noticeable, but it also holds the speed record for a post-war steam train. Unlike…

As I am betting you are probably aware, the Circle Line is shortly to be uncoiled and turned into something that is still called a circle, but is most certainly not.