Published 4 December 2016 by By Ian Mansfield Events and Tours

Today was the one and only chance to catch a ferry across the Thames in central London.

The reason for the ferry is that there’s roadworks going on at Tower Bridge, and today, the pedestrian crossing is also closed. In the old days you would have used the high walkways to get across, but today they are a tourist attraction.

So, how to get across the river? Why, a one-day ferry service! 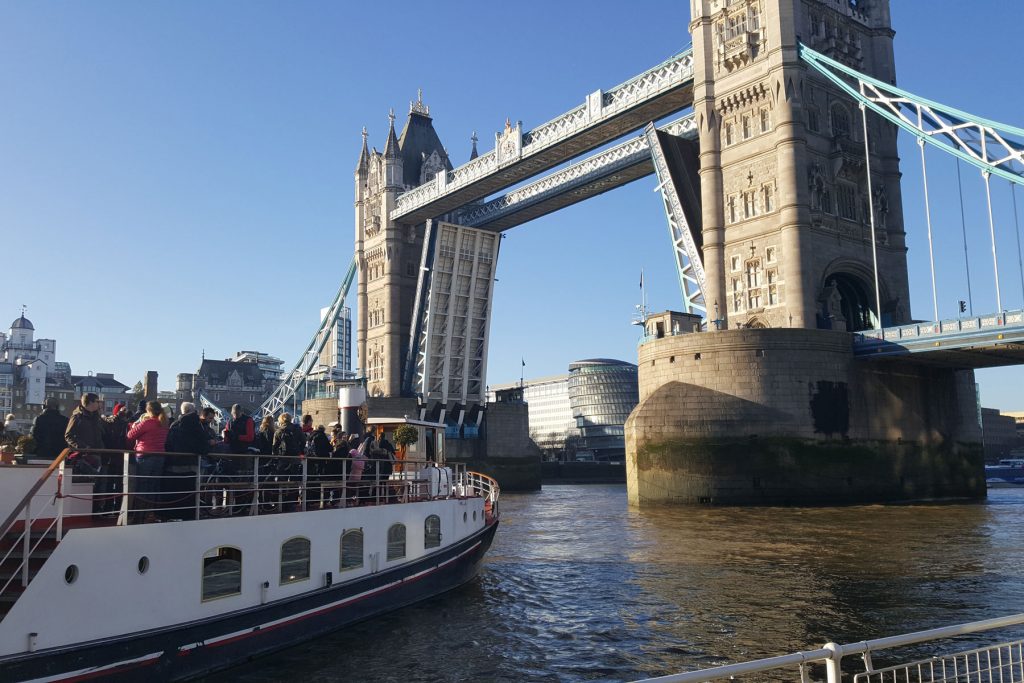 Of course, it would be perfectly possible to take a short stroll over to London Bridge, but if the City of London wants to lay on a free ferry, why not take it?

Two boats were pulled into action, a modernish boat and the more picturesque Edwardian boat, running between two piers next to Tower Bridge.

Being low tide this morning, the mooring was deep down a steep ramp, and upon arriving, I missed the ferry by barely minutes.

Not to worry, they run every 15 minutes I thought, except that this bridge replacement boat service seemed to be suffering delays and we waited 30 minutes for a crossing.

Sadly, the on-board bar was closed for the trip, so the delay was dry and the crossing not enlivened with a gin and tonic. 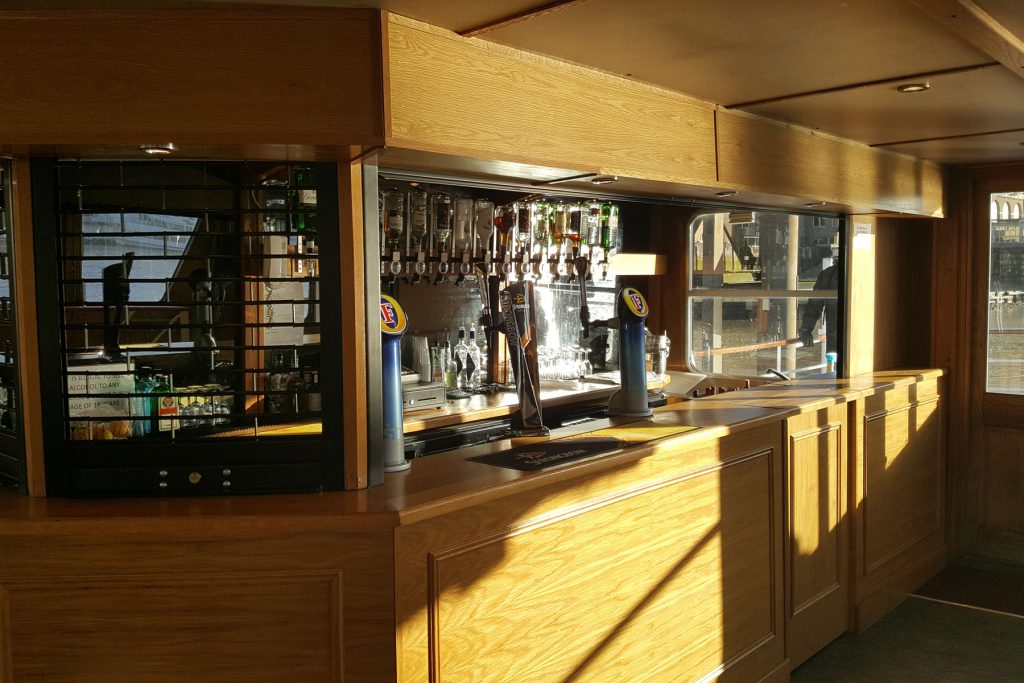 As the boat waited, it slowly filled up, some cyclists, some curious tourists who found their way to the ferry, others seemed resigned to using a ferry instead of walking and others delighted in the rare opportunity.

The gates to from the pier closed, and a few dashed down the ramp to catch the ferry just as the engines roared into life and with a lurch, the boat departed.

On the other side of the river, the same thing played out as the more picturesque Edwardian departed for its trip as well, and in the middle of the river, two boats passed each other. 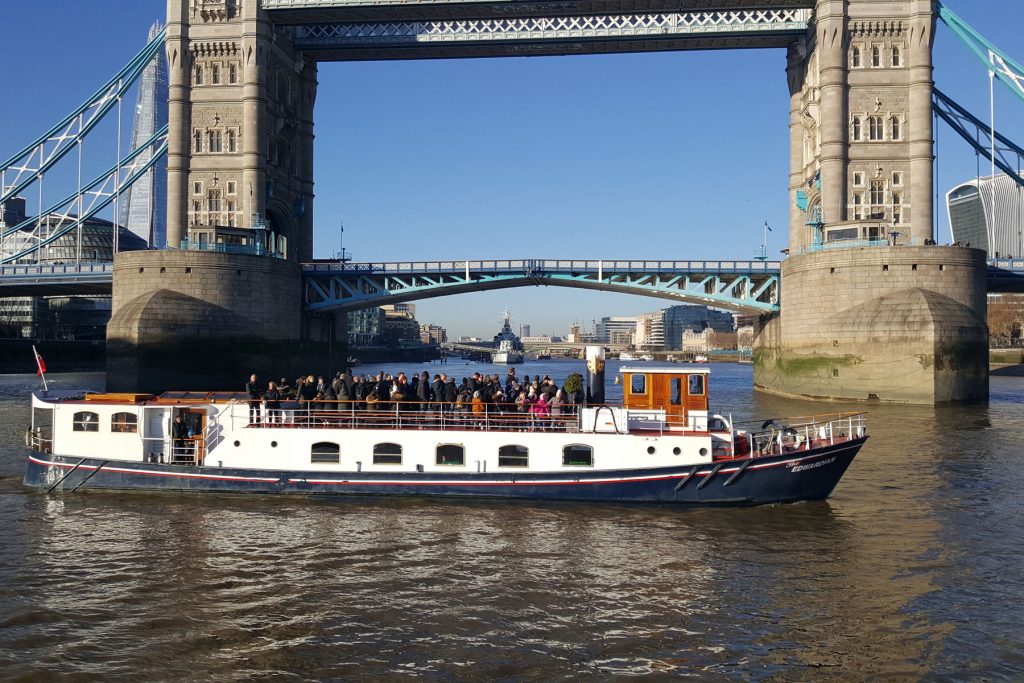 Barely time to think and the boat is pulling up at the opposite pier, as the crowds start to move towards the door to get off. It may be a novel way of getting across the Thames in the centre of London, but people have lives to lead and other places to be. 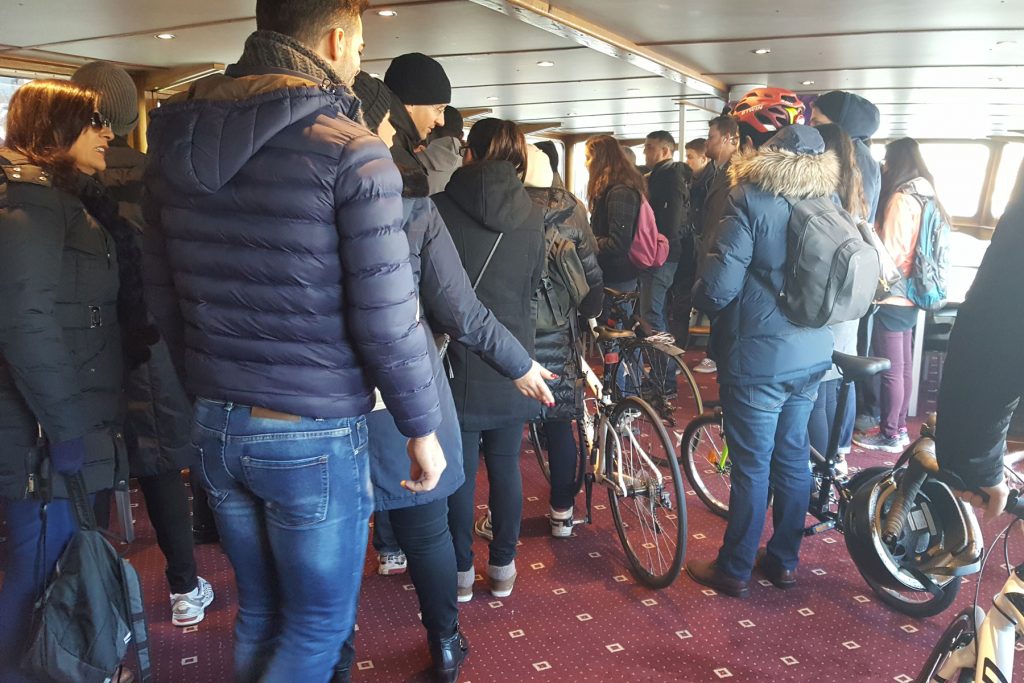 Mind the gap would have been a perfect way to finish, but we are exhorted to mind the step instead as a sliver of the Thames lapped between pier and boat.

Another very steep climb up a metal ramp, avoiding the people gingerly climbing down, and 5 minutes of fun (with a 30 minute wait) was over. 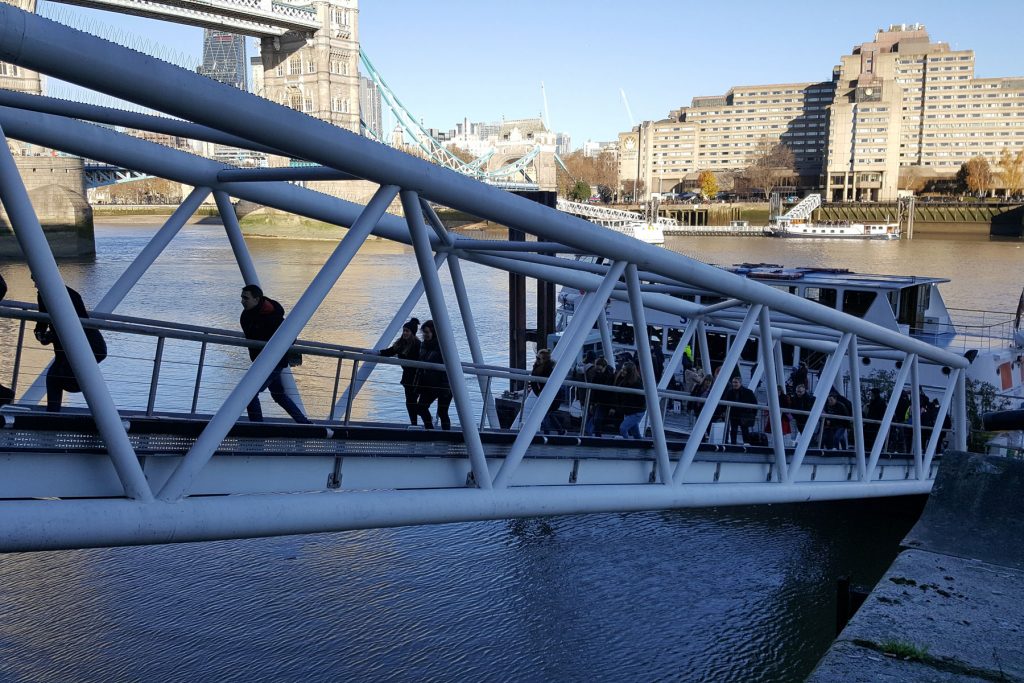 It was just a tired old boat plying a bit of river that is very familiar, but what a ferrytastic way of getting across. 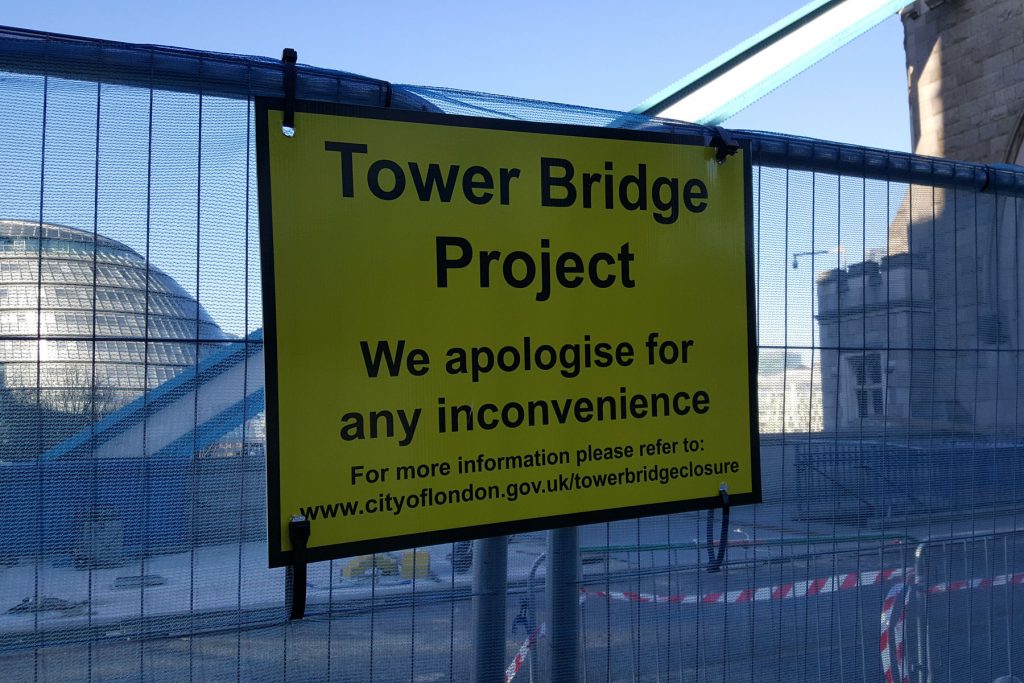