Canadian Boris Bikes to be replaced with British Bikes

A deal has been announced that will see the current generation of Boris Bikes slowly replaced with a new lighter design, and one that is being made here in Blighty.

The current cycle hire bikes are made in Canada, to a design that has been rolled out in a number of countries. This morning it was announced that a 90 year old British manufacturer of bicycles, Pashley has won a contract to replace them.

This next generation bike will retain the popular features of the existing model, but will be lighter and more manoeuvrable with smaller wheels, a lower frame, a new gear hub and a more comfortable seat.

The “New Bikes for London” will be 2kg lighter than the current model (which weighs 23kg), and will have a new gear system for smoother shifting, but also smaller wheels. 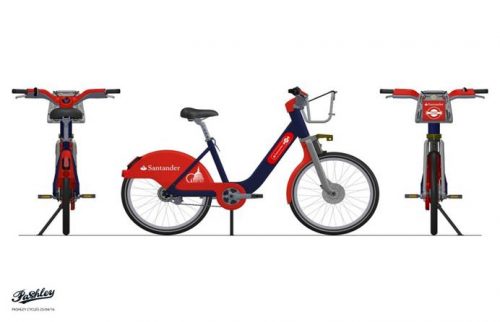 However, it’s not expected that the first hire bikes will on the streets until 2018, with around 500 supplied each year to replace older models.

Around 6,000 of the bikes currently in circulation date back to the launch of the scheme in July 2010. These will be some of the first to be replaced, but at 500 per year, it could take 12 years to replace the first generation hire bikes.

The new bikes will be manufactured at Pashley’s factory in Stratford-upon-Avon.

In related news, Serco has retained the maintenance contract for another five years, until 2022. The value of the TfL contract with Serco is just under £80 million.