Plans to extend the Bakerloo line down towards Lewisham could be thrown into doubt if a rival proposal to run it via Canary Wharf gets wider support.

The proposal comes from the Canary Wharf Group who raised the matter in an objection to a large property development on the other side of the river, at Canada Water.

A development is being planned there to sweep away the existing shopping centre and rebuild the entire area as a large scale development with a lot of housing. Canary Wharf Group noting that it’s just one stop away from them on the Jubilee line are concerned that the Jubilee line wouldn’t be able to cope with the huge influx of residents. 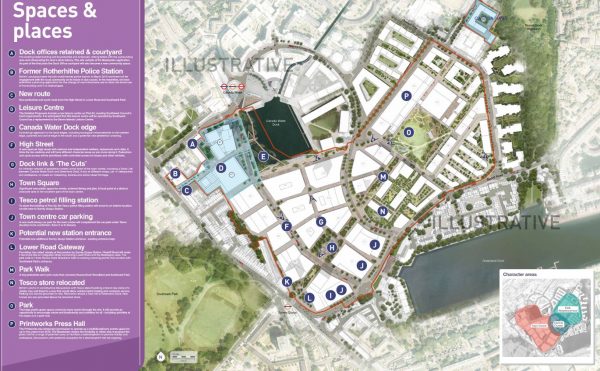 They’re either objecting to the current plans, based on what they say is a flawed transport analysis by the developers, or seeking alternative ways of boosting transport links in the area.

In a letter to Southwark Council, which is overseeing the development application at Canada Water, Canary Wharf Group said that “we would like to remind you of our previous proposal to extend the Bakerloo line from Elephant & Castle to Charlton via Surrey Quays and Canary Wharf,”

That plan also popped up on a draft transport strategy from Greenwich Council which has long wanted to see improved tube and, more dubiously, DLR links into the borough.

Although Lewisham Council is supporting the current proposed Bakerloo line extension via Southwark, they also commissioned a study in 2010 that looked at a suggestion of extending the Bakerloo line via Canary Wharf, so long as it ran via the Old Kent Road as well.

That was costed at just under £2 billion at the time.

A few respondents to the Bakerloo line extension commission also suggested extending it via Canary Wharf, although the bulk of the submissions supported TfL’s own plans to run it towards Lewisham instead. 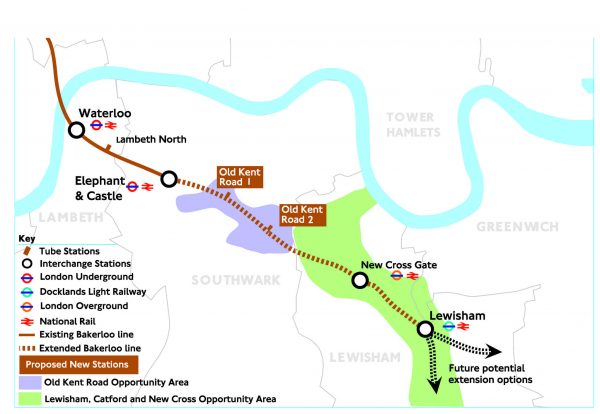 However, in these days, transport extensions tend to be funded when developers are willing to pick up the bill, as at Battersea, and Canarf Wharf Group noted that the Canada Water development is comparable in scale, so should receive a similar level of transport improvements.

The arrival of Canary Wharf’s spoiler certainly explains Southwark Council’s recent, and rather odd decision to set up a petition to support the existing TfL proposal to run the Bakerloo line extension down to Lewisham.

Although Canary Wharf’s main concerns are to avoid increased congestion on the western side of the Jubilee line to Canada Water, their alternative proposal to extend the Bakerloo line to Chalton could be achieved in part with an extension of the Jubilee line.

When it was built, the Jubilee line station at North Greenwich included some minimal provision for an extension towards Charlton and Woolwich in the future. That is now seen as unlikely with the arrival of Crossrail, but a planned housing development at Charlton could see that extension put back on the planning table.

If a developer is willing to pick up the bill that is.